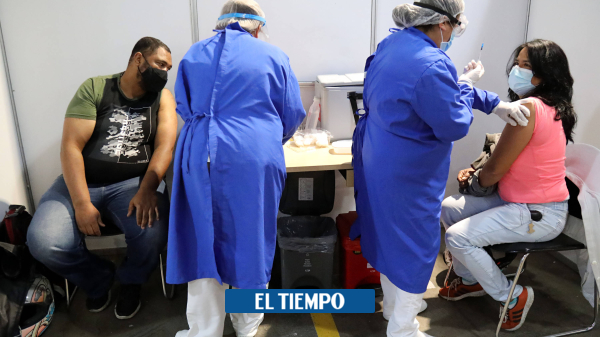 The Ministry of Health announced this Friday that all people with comorbilidades prioritized that already appear in the portal My Vaccine They will be able to attend this weekend, regardless of age, to receive doses against covid-19 at the points provided by EPS and local authorities.

This decision seeks to encourage the application of doses on weekends and at the same time begin to massively cover this population that is in stage III and due to their conditions and ailments they have a greater risk against covid-19.

This week, precisely, it was determined that there are 27 prioritized comorbidities in this stage and those over 12 years old may be vaccinated:

“The exercise we have to do is open the massive application and we are proposing a campaign Saturday and Sunday to be able to close the group of people over 50 years of age and start the subsequent ones,” said the Minister of Health this Friday, Fernando Ruiz placeholder image, during the Unified Command Post (PMU).

In addition, Gerson Bermont, Director of Promotion and Prevention of the Ministry, announced that after the meeting with the Vaccine Advisory Committee it was defined to authorize from this moment “that all people with comorbilidades that appear in My Vaccine will be able to go to be vaccinated without scheduling ”.

(See: Why were some mental illnesses prioritized in vaccination?)

Similarly, it was reported that 18.3 million doses have arrived in the country, 18.1 million have been assigned and 16.1 million have already been distributed. “Between today and tomorrow we will accelerate distribution,” said Bermont, who explained that 1,119 are already being reached, with 3,676 institutions applying vaccines.

On the other hand, Weimar Pazos Enciso, head of the Office of Information and Communication Technologies (OTIC), also indicated that work is being done so that Colombians who get vaccinated abroad can report that vaccine received through Mi Vacuna.

(We recommend: Colombia, record numbers of covid-19 while the world falls)

“We are going to enable a self-report in the Mi Vacuna web application. With their identification number and date of issue they will be able to find a button for vaccinated abroad and there they will be able to give us the information, ”he explained and stated that it is expected to be enabled next week.