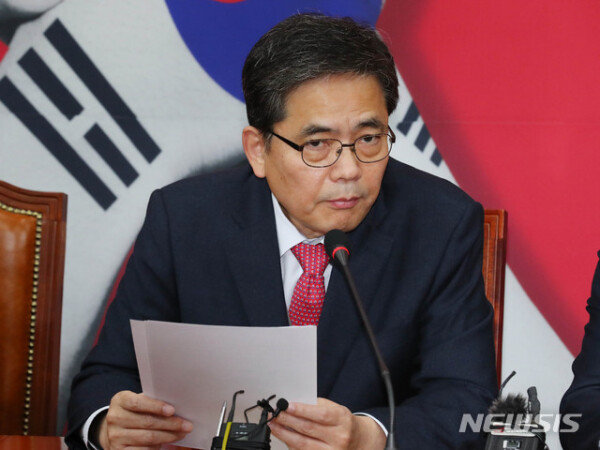 The People’s Power holds an emergency supreme council meeting on the afternoon of the 30th to discuss the submission of a proposal for the expulsion of Rep. Kwak Sang-do, who resigned due to the issue of his son’s 5 billion won severance pay.

According to an official from the People’s Power, an emergency supreme meeting will be held at the National Assembly tonight.

One supreme council member explained, “I was contacted with one agenda,” and “I know it is related to Kwak’s submission of the expulsion proposal.”

Rep. Kwak voluntarily resigned on the 26th when it became known that his son received 5 billion won as severance pay from Hwacheon Daeyu Asset Management (Hwacheon Daeyu), which is at the center of suspicion of preferential treatment for development in Daejang-dong. However, not only the Democratic Party of Korea, but also within the People’s Power, there are voices calling for the expulsion of Rep. Kwak from his office. On the same day, 51 lawmakers from the Democratic Party and the Open Democratic Party submitted to the National Assembly a resolution calling for disciplinary action and expulsion against Rep. Kwak.

On the 30th, CEO Lee Jun-seok said about Kwak’s expulsion in KBS Radio’s Choi Kyung-young’s strongest preview on the 30th, “As the party leader, it is natural to show the will to be expelled.” The process of doing so is necessary,” he said, expressing his will to be expelled from the parliamentary position.

close the window
Recommend an articlePeople’s Power, held the highest meeting on the night of the 30th to discuss the expulsion of independent member Kwak Sang-doBest Featured News