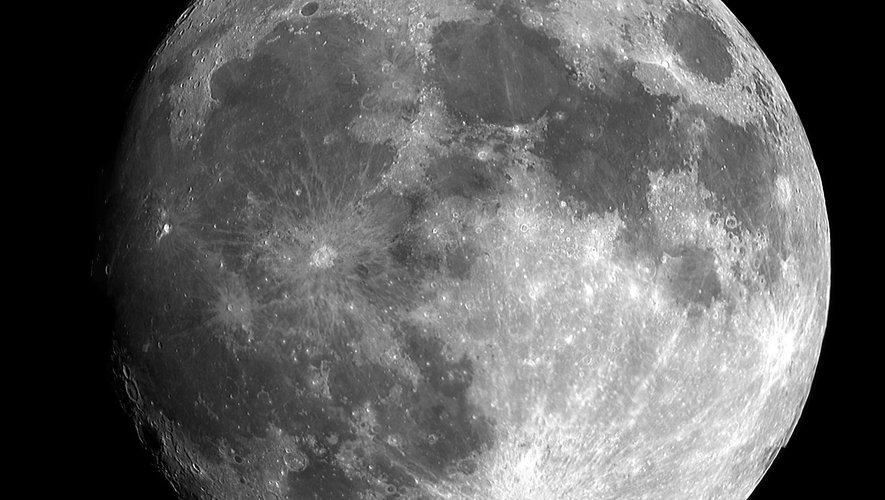 While the Earth’s satellite is being honored for the 2022 edition of the Nuit des Etoiles which will be held from August 5 to 7, Jean-Michel Faidit, Montpellier author of the book Ces Français dans la lune, published in editions of the Presses du Midi, explains why François Arago found himself in the moon.

Several schools, boulevards, bus stops or even a square in Perpignan bear the name of François Arago, a Catalan scientist born in Estagel in 1786. But also, and this is less known, a crater on the moon.

“We started naming craters at the time of Galileo who observed space with an astronomical telescope, and who therefore observed the moon”explains Jean-Michel Faidit, author of These French in the moon. Over time, the craters, caused by impacts of meteorites, of the lunar body have continued to receive names, from French, Germans, and Americans in particular. In 1935, one of them was officially named Arago by the International Astronomical Union. In total, of the 1,600 craters already named, 166 are named after the French, including 10 in Occitania.

But why did François Arago have the right to his crater? “Because he played a great role in scientific and political history. He promoted observational astronomy, contributed to the observation establishment of Toulouse and worked with Edouard Roche, a young astronomer who worked on the lines of Roche, who theorized the minimum distance at which a satellite must be from the star around which it evolves”adds Jean-Michel Faidit.

With selenographic coordinates of 6.15° North and 21.43° East, the Catalan crater is located on the edge of the Sea of ​​Tranquility, on the visible side of the moon, very close to the center. It measures 25.51 km in diameter for a depth of 2.68 km. On the other hand, it is necessary to be equipped to observe it, at least binoculars, if not a telescope. An asteroid located in the main belt, between the orbits of Mars and Jupiter, also bears the name of Arago, as well as a crater on the red planet, which measures 152 km in diameter and is located in the quadrangle of Arabia.

Going from the liter to the kW?: BMW explains how much an electric car spends amid the rise in gasoline | Economy