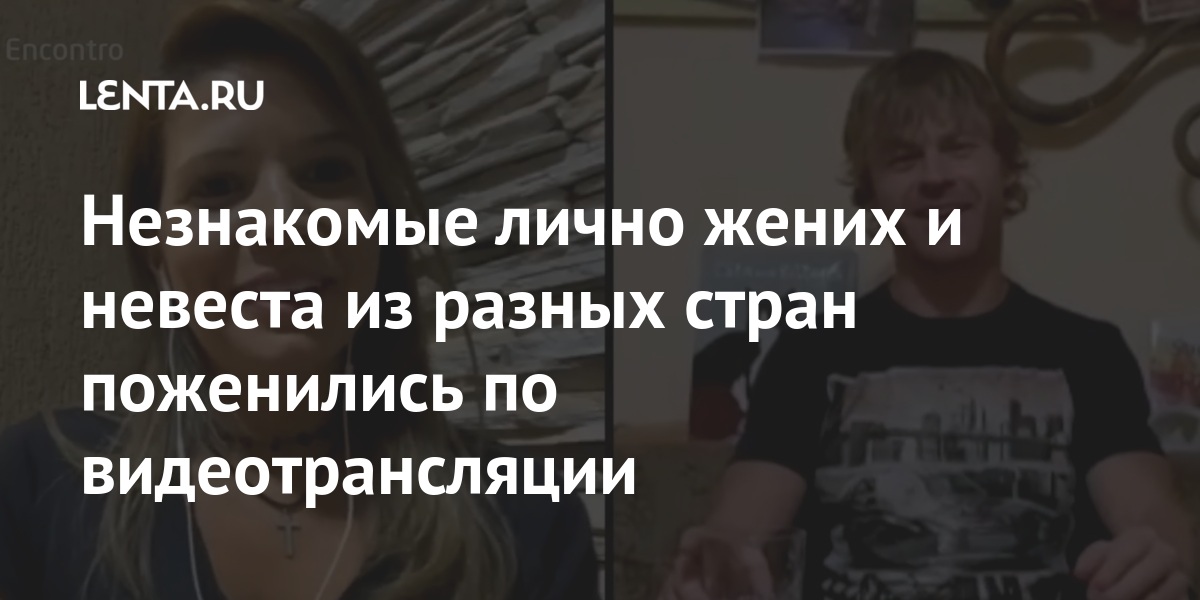 The Brazilian and the German, after 20 days of virtual communication, entered into a marriage via video broadcast, as they could not meet in person due to the coronavirus pandemic. This story was told by the Globo TV channel.

As 39-year-old Brazilian woman Cynthia Araujo from the town of Rireirau Preto told, her future fiancé, 45-year-old German Timo Arnstadt, was introduced to her by their mutual friend, a local pastor. Cynthia and Timo, who work in Kenya, started communicating online and found a lot in common. “On the first day, not knowing each other, we talked for two hours,” the woman recalls.

The man and woman continued to communicate and even left the camera on for 24 hours in order to be constantly together, as if they lived in the same house. Less than a month after their virtual acquaintance, as Timo made Cynthia a marriage proposal via video, the woman agreed. The lovers got married at a distance, as neither of them could fly to the other due to the coronavirus pandemic. The wedding ceremony, carried out by video call, was watched by the relatives of the bride and groom.

Timo agreed that not everyone would be able to marry someone they hadn’t even seen in person. The man’s friends told him that he was crazy. However, Timo believes that what he knows about Cynthia is enough for him. According to him, he fell in love with her for her attitude, character and beauty.

Four days after the virtual wedding, the newlyweds met at the airport in Brazilian Sao Paulo and immediately exchanged rings there.

Previously reportedthat in the United States, twin sisters who married twin brothers announced that they were simultaneously pregnant. Genetically, their children will be siblings and cousins ​​at the same time.