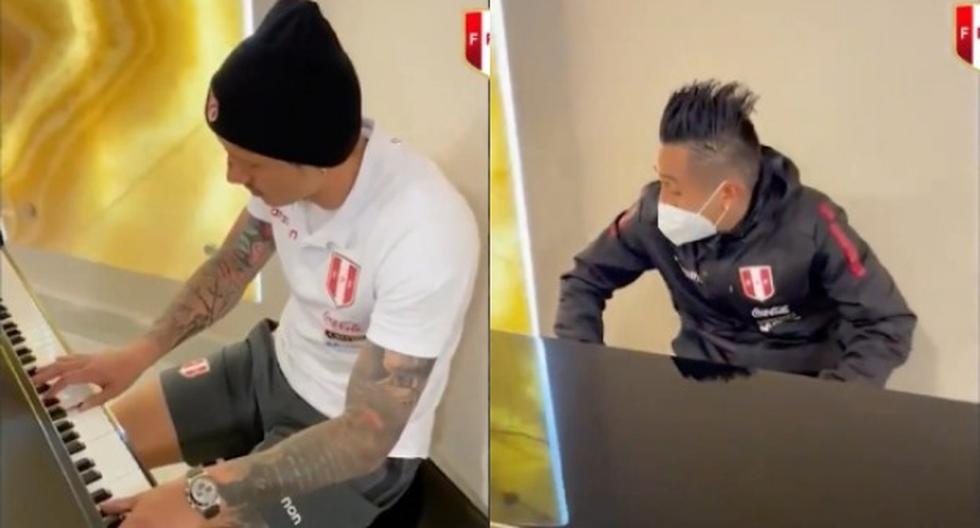 The mood inside the Peruvian Selection is in the skies after the 2-1 victory against Ecuador, on the eighth day of the Playoffs. After the important victory at the height of Quito, Gianluca Lapadula and Christian Cueva, two of the protagonists of the match, got together to demonstrate their skill with the piano.

The Benevento striker, who previously appeared on Italian television playing this instrument, was encouraged to show his thing. While ‘Lapagol’ enjoyed the moment, ‘Aladino’ appeared on the scene to share the happiness for one of the figures at the Rodrigo Paz Delgado stadium.

However, Cueva also showed that he can play music. So, in the content uploaded by Blanquirroja, the author of one of the goals sat in front of the piano and pretended to play. In parallel -and in the background- a well-known cumbia song was heard and Lapadula was amused by the occurrence of the midfielder.

After the triumph of our @SelectionPeru 🇵🇪, Gianluca Lapadula and Christian Cueva share their gifts at the piano.

“Music, teacher! After the triumph of our Peruvian team, Gianluca Lapadula and Christian Cueva share their gifts with us at the piano. Did anyone dare to dance? # UnitedSomosMoreStrong # ArribaPerú “says the post shared by Bicolor on all social networks.

The ‘musicians’ met on the court

A long pass from Renato Tapia was controlled by Gianluca Lapadula on one side of the court. The striker advanced towards the Ecuador area and when he was hand in hand with goalkeeper Alexander Domínguez, he opened to the side for Christian Cueva to push the round and place the 1-0. Later, the 14th of the Bicolor also assisted for Luis Advíncula’s 2-0.

“It was good with Christian to be there. It was a great goal “said the ‘Bambino’ about the conquest of ‘Aladdin’. “I always said that I wanted to win my first game with the national team. This victory goes to my family, it goes to everyone “added the attacker regarding the first success with the national jersey.

While ‘Cuevita’ assured after the triumph that “Today’s figure was the team because it ran, fought and played”. On the 10th he also mentioned the merit of his teammates throughout the fight in Quito. “We went from less to more against an Ecuadorian team that has a lot of play and physicality”, Hill.