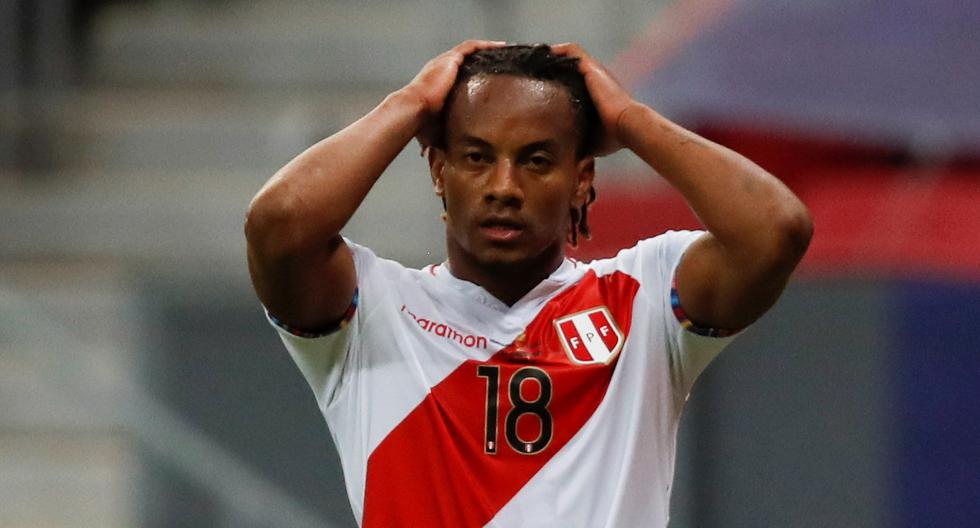 Concern in the Peruvian Selection. Al HIlal disclosed that André Carrillo It will be low in the next matches of the Saudi team due to a fracture that the same Asian team was in charge of confirming, which set off the alarms in Ricardo Gareca’s technical command.

And it is that the recovery period that the ‘Culebra’ would have would not allow it to reach the next triple date of the Qatar 2022 Qualifiers, although this will have to be reconfirmed by the medical team of the national team, from where they do not think to risk the integrity of the footballer , in case the injury warrants it.

“André Carrillo He was diagnosed with a ‘hairline’ fracture on his lower back and will undergo a treatment and rehabilitation program for a period of four weeks. “, said the Saudi Arabian club on its official social networks.

It should be noted that the forward has not played for Al Hilal since August 27. After that, he defended the shirt of the Peruvian Selection for 270 minutes, in the recent triple day in which the bicolor squad faced Uruguay, Venezuela and Brazil in the Qualifiers towards the Qatar 2022 World Cup.

The Peruvian National Team has the agenda ready

Those of Ricardo Gareca will open a new triple matchday, at home, when they are measured on Thursday, October 7 with their similar from Chile, in a new edition of the ‘Classic of the Pacific’ from 8 at night (local time). The National Stadium of Lima will be the stage that will host this duel.

After that, the Peruvian Selection He will travel to La Paz to play against Bolivia, for day 5 of the contest. The duel is agreed to begin on Sunday, October 10 at 3 in the afternoon (Peruvian time). The participation of the blanquirroja squad will close by visiting Argentina, in Buenos Aires, on Thursday the 14th at 6:30, for the note of all the fans of the Blanquirroja.