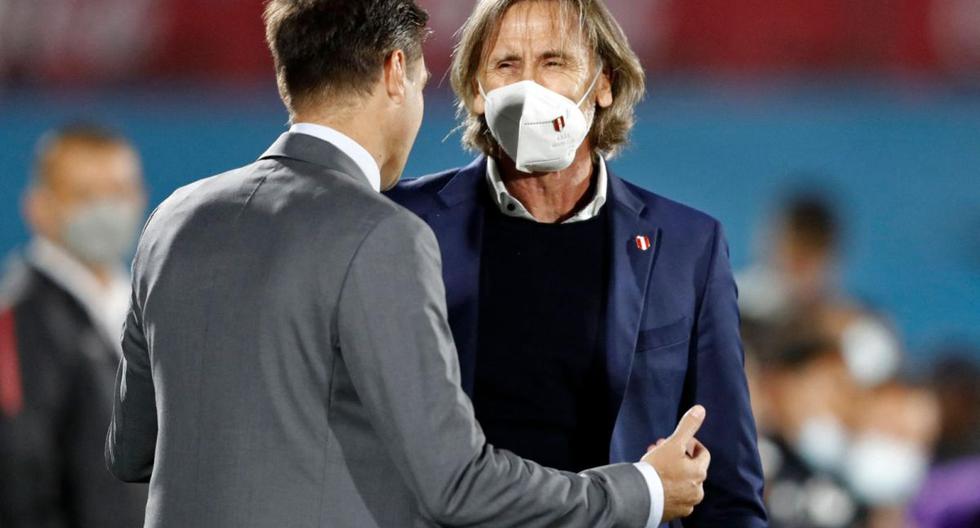 The details make the difference. About it, Ricardo Gareca has it very clear. In fact, the coach of the Peruvian team had a gesture to highlight after all the madness that took place on Tuesday night at the National Stadium. After attending to his homework, the technician had time to share with his family.

After the emotions experienced during the match against Paraguay, the coach thanked the players for the victory (2-0), he also addressed the fans who arrived at José Díaz’s colossus. Finally, as established by the protocol in this type of event, the DT went out to the media to offer his feelings for getting the pass to the playoffs.

There was more by the ‘Tiger’ Gareca. The Argentine strategist also recognized the hard work carried out by the entire technical command, the members of the Blanquirroja staff (props, physios, analysts, etc.), the communications team and, of course, the loved ones who accompanied him on an appointment important.

In this way, everyone gathered on the lawn of the first sports arena in the country. The aforementioned group, led by the Bicolor DT, posed for the camera. Without a doubt, a gesture by the coach with all the people who have been a key part in obtaining one more opportunity with a view to the World Cup.

The testimony of the ‘Tiger’

“The key is the uptick that we had during the Qualifiers, already almost halfway forward. We didn’t start well, but the comeback we made was important and that gives us the chance to play the game for the playoffs”were the first words of the Argentine coach at a press conference.

“I congratulate the boys, because it was very difficult, taking into account that it is difficult to stay, and also for everything they train. I thank the people. Once again we had an incredible night and fortunately we got a win that keeps us hopeful”added the DT of the Peruvian team.

“We hope to know which is the rival that touches us. I think we’ll have enough time. Regardless of who he is, he will be a difficult opponent, who has the same aspirations as us. It was a very complicated, difficult Qualifier. Now we have to try to be with the family, that the players take the rhythm of competition with their teams, that the footballers who have problems recover, to arrive in the best way “sentenced Ricardo Gareca.

Twitter goes ahead with its plans to include TweetDeck in Blue, its subscription service

Do you have a poor sense of direction? Maybe it’s from the town you grew up in