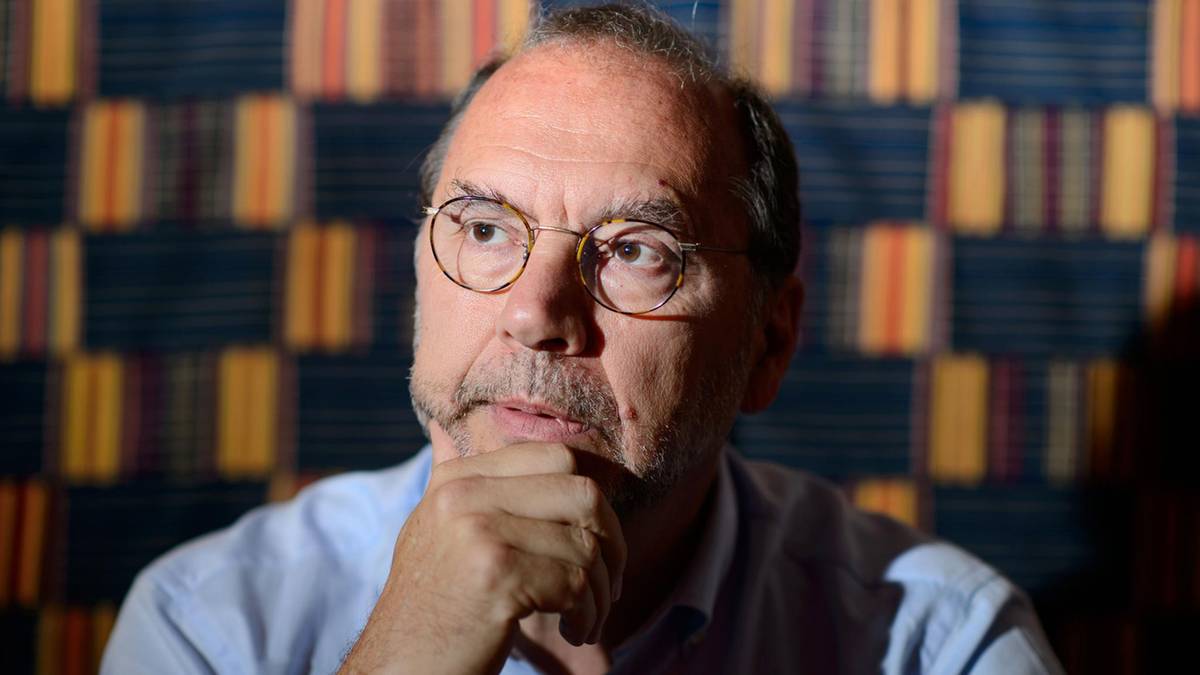 Peter Piot is a respected disease doctor and director of the “London School of Hygiene and Tropical Medicine”. He knows what viruses can do to the body. In the 1970s, Piot and other researchers discovered the Ebola virus, a trigger for the dreaded hemorrhagic fever. He devoted his entire career to fighting dangerous infectious diseases, including HIV. In the 1990s, he chaired the World AIDS Conference for four years, and was later appointed director of the United Nations’ anti-HIV program.

But now, who has been hunting viruses for decades, has become a hunted man himself, as he says: in mid-March, Piot, 71, fell ill with Covid-19. The virus almost killed him. Even today, he is struggling with late effects, he recently told the New York Times. He has shortness of breath, longer conversations, but also climbing stairs causes him problems.

In retrospect, he “underestimated” the pathogen, he revealed to the newspaper. At first, he thought the pathogen was like the Sars virus, which had spread only to a very limited extent, or resembled the flu. “But it doesn’t correspond to either.” Piot is an important key figure in the fight against the corona virus and acts as an advisor to EU Commission President Ursula von der Leyen.

Piot still does not know where he might have been infected with the corona virus. In mid-March – at the time he fell ill – the UK had several hundred confirmed corona infections. The virologist had refrained from shaking hands in the days before, but otherwise he went about his everyday life. On March 16, he and his wife relocated their work to their home office. Three days later, on the evening of March 19, he suddenly developed a high fever and a “stabbing headache”.

See Also:  People who are already infected should still be vaccinated, experts say

“My skull and hair hurt, which was bizarre. I didn’t have a cough at the time, but my first thought was: I did,” said Piot in a log published by Science magazine. His suspicions are confirmed – a test for the coronavirus is positive.

“Total exhaustion. I will never forget this feeling”

Piot, who describes himself as a “born optimist”, first tries not to see the situation too dramatically. He leads a healthy life and walks regularly. His only risk factor is his age. But the disease hits him with full force: “I always felt exhausted while I normally spray with energy. It was not just tiredness, but complete exhaustion,” said Piot. “I will never forget that feeling.”

The virologist can be examined in the hospital on the advice of a friend of his doctor. There follows the sobering diagnosis: The virologist suffers from severe pneumonia, to which bacterial pathogens had already been added. The oxygen saturation in his blood is also extremely low. Piot comes to the intensive care unit, where he receives oxygen through a mask. He shares the room with a homeless person, a cleaner from Colombia and a man from Bangladesh. It was very quiet there, Piot recalls. Nobody had the strength to speak.

The virologist hovers between life and death for a week – plenty of time to think. “You caught me,” he sometimes thought. “I have dedicated my life to the head against viruses and now they get their revenge.”

He can finally leave the hospital on April 8th. Instead of taking a taxi, he takes the public transport home. He wants to experience his hometown of London and drives past closed pubs and shops. He is surprised by the clean air.

He had always had great respect for viruses, Piot reports, although he was never seriously ill in his younger years. He still has this respect today. However, the experience changed his life, he felt more vulnerable.

As Piot reports to the “New York Times”, he cannot work again at the moment. The aftermath continues to torture him and his doctors have prescribed calm.

He still kept his optimism: “In 1972, when we were taking blood samples from patients, the protective equipment was a joke. I survived a helicopter accident. But this was different. I think face death and survive is a good thing – it makes you think about what matters in life, which people are important. ”