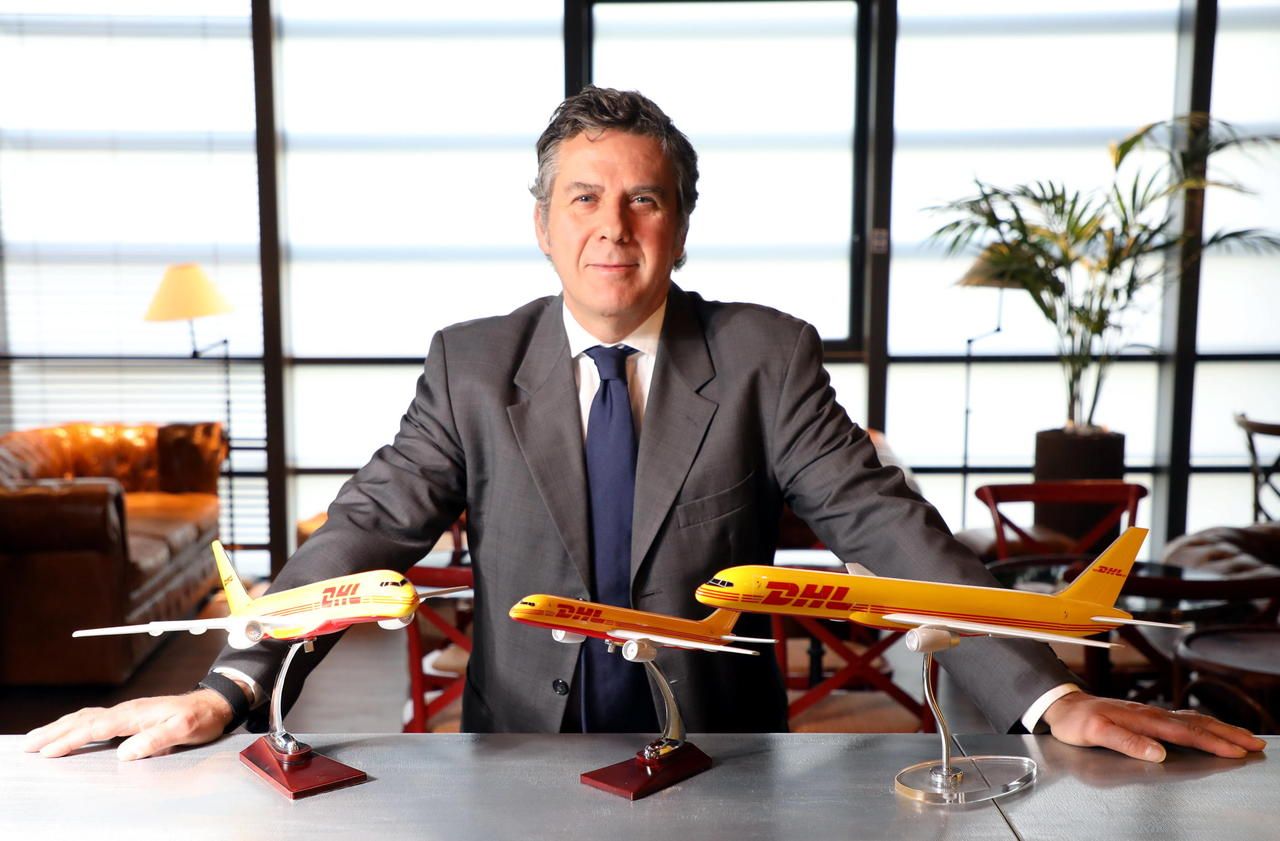 Company historically focused on B to B, DHL Express France sees its activity shift more and more towards individuals, fond of online shopping. For Philippe Prétat, its director, this growth lever is a vector of transformation of his company.

What does DHL Express activity represent in France?

PHILIPPE PRÉTAT. With 3000 employees (Editor’s note: 3% of the group’s global workforce) and 30,000 active customers, we manage and transport 42 million import and export parcels, for individuals and professionals. When you buy, for example, online a dress from Mango or Zara, made in Spain, it arrives at your home the next day after having been transported by plane from there. Imports represent nearly 60% of our volumes, half of which comes from e-commerce. Regarding exports, let’s take the example of Total who wants to send a spare part to Angola: a DHL courier takes the mail, brings it to one of our agencies, puts it on a plane so that it arrives at its recipient the next day.

What logistical means do you have?

We have our own platforms, 260 planes around the world for 36 flights per day in France, a fleet of 2,100 vehicles including trucks and our small vans, own or subcontracted, which deliver to the major cities of France . Last year, the volumes transported grew by 8%. In 2020, we will be above 5%. It’s not bad especially with the 10 to 20% decrease recorded when companies were closed during confinement and we hardly worked with individuals anymore.

How much are you taking advantage of the e-commerce boom?

It plays a key role in increasing our parcel flow. It now represents 38% of our imports by individuals against 2% in 2019. During the confinement period, just over half of our imports came from e-commerce with a peak of 61% in April. Our forecasts for the second half of the year are around 50% and close to 60% in the following years.

How do you cope with such an increase in activity?

We have made a lot of investments in infrastructure, including 170 million euros for our new Roissy – Charles de Gaulle hub as well as in last mile management. At the end of the year, for our peak of activity, our volumes compared to the first ten months of the year will increase by 35%. In December, we will deliver 4.5 million packages.

For the end of the year, I call on 500 seasonal workers to call customers, sort things out… I add flights and additional tours. For several years, I have also asked people in administrative functions to come and help operational staff in the branches. In 2020, we should reach 300 recruitments against 534 in 2019. In 2021, we do not yet know but we are not freezing recruitments.

Delivery is a central point. What’s your strategy?

We offer deliveries on demand: home, office, neighbors, lockers, Relais Colis since we are 49% shareholders alongside the founder, La Redoute. Three years ago, we also signed partnerships with three start-ups – Tousfacteurs, Yper and Urb-it – involved in collaborative deliveries.

What do they allow?

They pick up on our behalf the parcels that we drop off at urban relays located in large cities. Then, they deliver them on foot, by bike or even by public transport. It is working very well and we will develop it further by the end of the year because it helps to ease the last mile deliveries.

The price of delivery is another issue …

85% of our flows are international so that we are not competitors of Colissimo or Chronopost which operate mainly in France and at very low prices. The DHL Express service is premium. We maintain high price points for quality service.

Are you also relying on the deposit system?

Like Amazon, but without the same strike force, I am developing lockers called swipboxes, installed at Franprix or in press houses, or around fifty in total. In Germany, it works very well but it hangs moderately in France, unlike Relais Colis, a real alternative to home delivery, the most popular mode. Note that 83% of the French population is less than 10 minutes from one of them. Nearly 8,000 packages are delivered there. Relais Colis’s objective is to increase to 8,000 collection points within two to three years.

Do you control the packages you send internationally?

It’s very strict. Before the package takes the plane, in each airport, a scanner or handlers detect the possible presence of explosives, drugs or weapons. When individuals come to drop off parcels in our agencies to send them abroad, we open them systematically. Our new hub will have seven x-ray machines.

Other projects in progress?

I wrote to the Ministers of Health and Transport to consider a public-private partnership to distribute the future anti-Covid vaccine safely.

A new hub at 170 million euros

For its new hub in which 500 to 600 people will work, located 600 m from the runways of Roissy – Charles de Gaulle airport, operational in October 2021, DHL Express France has put 170 million euros on the table, its largest investment never made in the territory.

The 91,000 m2 field – 13 football fields – is leased for a period of 24 years from ADP. Completely automated, this hub for trade with Europe and the rest of the world will have a processing capacity of 38,000 parcels per hour, or 15 times more than the current installation.

“Out of the planes, all parcels will be processed on site and no longer on certain sites in the Ile-de-France region which were responsible for sorting,” explains Philippe Prétat, its CEO. Customers will be delivered at least 45 minutes earlier than now ”.

“As we work with the biggest luxury players like LVMH, Chanel, Hermès… and high tech like Apple or Samsung, security will be reinforced with 700 cameras”, adds the manager.