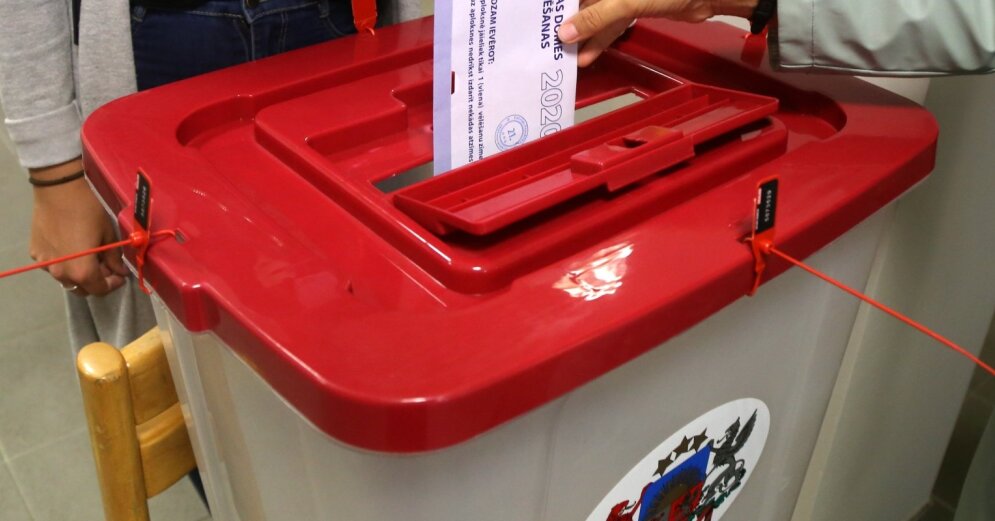 Several candidates for the post of mayor of Riga voted in the polls on election day. How it happened during the Covid-19 pandemic can be seen in the photos of the agency LETA.

Several mayoral candidates cast their ballots in the Riga City Council elections on Saturday without using a mouth and nose mask at the polling station, the LETA agency observed.

To reduce the risk of Covid-19 spreading, the Central Election Commission has called on all voters to wear a mouth and nose mask. Disposable face masks are also available at the polling station. According to LETA, in several polling stations they are located in places that are clearly visible to voters.

In turn, the face mask was used by Vilnis Ķirsis, the candidate for the position of mayor, the leader of the “New Unity” election list, who was met by the agency LETA. The video of the National Union for All Latvia!

The duty of a citizen has been fulfilled! From experience: grab your face mask and pen! pic.twitter.com/v2yjwyer9b

The content of the publication or any part of it is a protected copyright object within the meaning of the Copyright Law, and its use without the permission of the publisher is prohibited. Read more here.