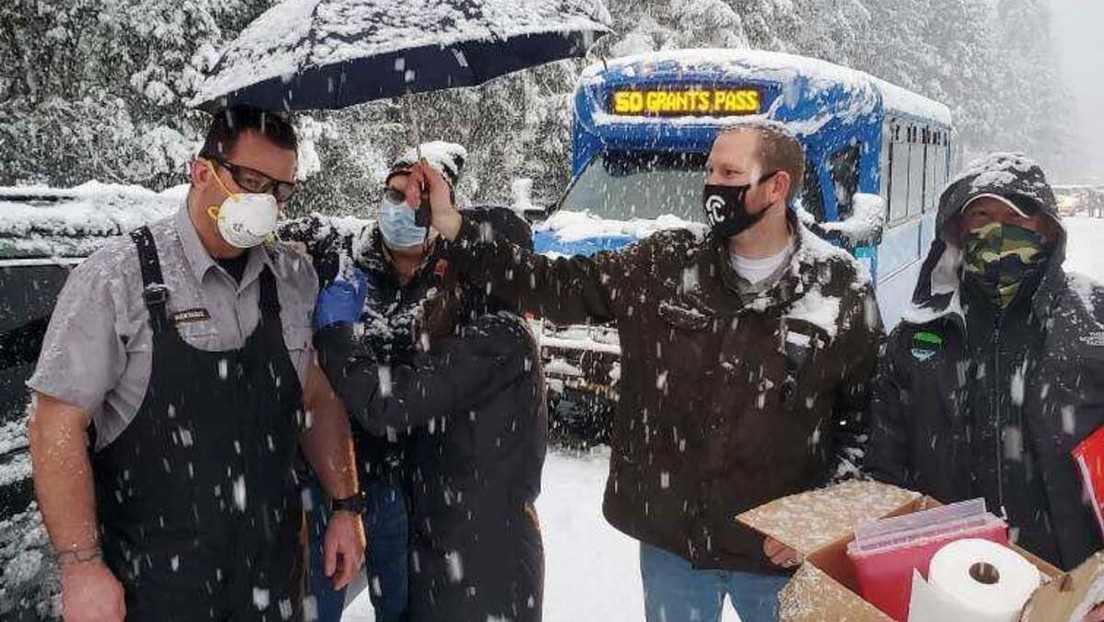 They had six doses left that could be spoiled if not given soon.

A team of American doctors organized a makeshift vaccination center in the middle of a road on Wednesday after being caught in a snowstorm that prevented them from reaching their destination. The health workers carried several vials of a vaccine against covid-19 and decided to vaccinate motorists who wanted it so that the vaccine would not spoil, according to reported the Josephine County Department of Public Health through his Facebook account.

Doctors were traveling back to the Oregon city of Grants Pass after a vaccination event in Illinois concluded when the blizzard paralyzed traffic. The team had six doses of the vaccine left to be administered in Grants Pass, but the inability to reach that city within the allotted time meant that the drug would expire before it could be used.

“As they did not want to miss any dose,” the doctors they started going from one car to another, offering drivers the opportunity to get vaccinated, with an ambulance nearby for safety reasons, the agency said.

In the end they found candidates for all six doses. One of them was received by a Josephine County Sheriff’s Office employee who was supposed to be vaccinated in Illinois but had been late.

For his part, Josephine County Public Health Director Mike Weber stated that the impromptu vaccination campaign in the middle of the blocked road was one of the “coolest operations” in which he had participated.