An explosive device exploded in the office of lawyer Sakher Al-Hashem, in Furn Al-Chebbak. The explosion caused massive damage to the office.

The security forces immediately came to the scene of the “explosion” and began investigations to find out the purpose behind it.

After the accident, Al-Hashem inspected the damages in his office. In a television interview, he said: We hope that the explosion will not be a message regarding the investigation around the port of Beirut.

Al-Hashem described the explosion as “very huge,” and I hope “it will not be a message to us. I work in large files, including the Beirut port file, but I work in law and not in politics.” 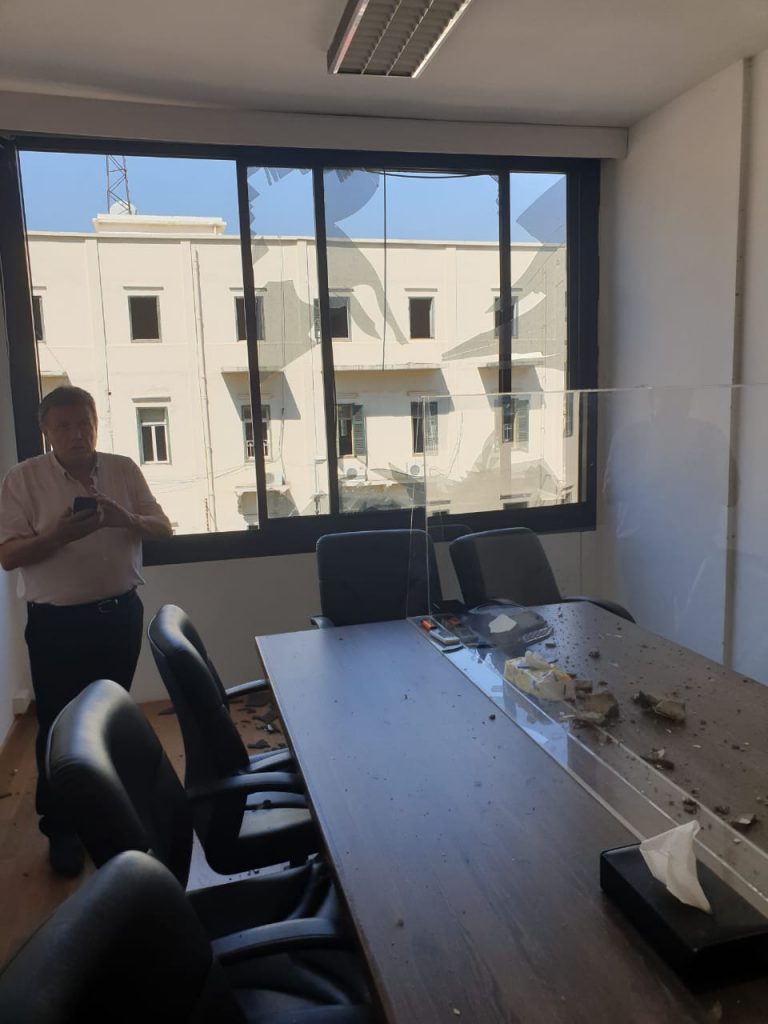