Debate about the length of sports pants
After the sexism protest: Singer Pink offers to pay a fine to Norwegian beach handball players

Since they played in bikini bottoms that were longer than the prescribed, the Norwegian beach handball players have to pay a fine. However, they get support from Pink: The US singer offered to pay the fine for the athletes.

US singer Pink is arguably the best-known supporter of the Norwegian women’s beach handball team. During the game for third place at this year’s European Beach Handball Championship, they protested against what they saw as the sexist dress code and wore longer sports shorts instead of the mandatory bikini pants. The European handball federation then imposed a fine of 150 euros per team member, which results in a total fine of 1500 euros for the Norwegians.

Singer Pink now showed solidarity with the athletes and offered financial support: “I am very proud of the Norwegian beach handball players who protest against the very sexist rules for their ‘uniform'”, wrote the 41-year-old on Twitter. She would be happy to pay the fine that the association had imposed on the team. “The European handball federation should have to pay a fine for sexism,” continued the singer.

“You have our full support”

The Norwegian Handball Federation (NHF) also defended the athletes’ decision to play in longer pants and also stated that they wanted to pay the fine for all players. “I got a message ten minutes before the game that they would be wearing the clothes they were happy with. And they have our full support,” NHF President Kåre Geir Lio told NBC News.

The association also shared its support on its Instagram account: “We are very proud of these women who are at the European Beach Handball Championship. They raised their voices and said that enough is enough,” wrote the NHF. “We are the Norwegian handball federation and we stand behind you and support you. We will continue to fight to change the international rules for clothing so that players can play in clothing they are comfortable in.”

These are Germany’s greatest hopes for a medal 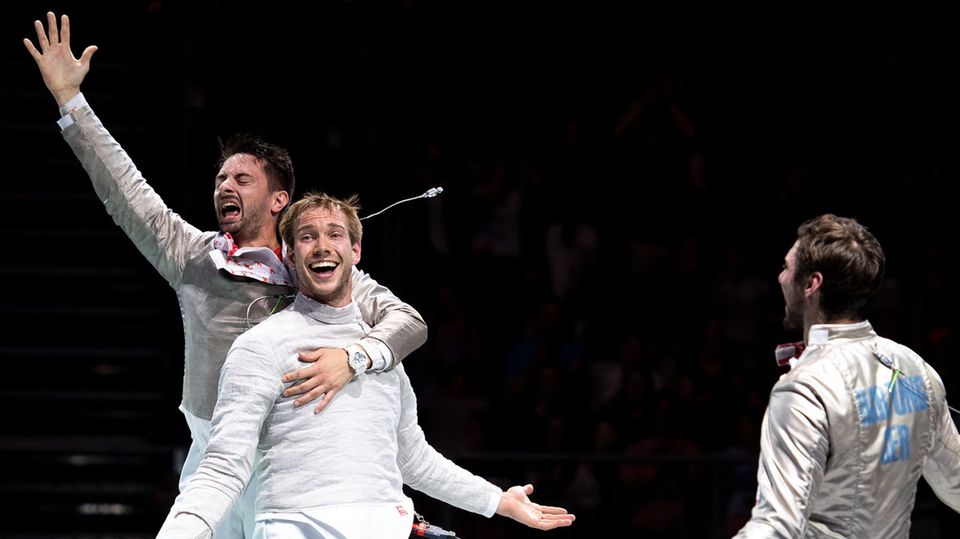 The protest action has meanwhile made waves internationally. In addition to Superstar Pink, Michael Wiederer, President of the European Handball Federation (EHF), spoke on the subject and announced that the EHF would do everything in its power to revise the current dress code: “I can confirm that the EHF will do everything possible to ensure that a change in the regulations for athletes’ uniforms can be implemented “, Wiederer is quoted in a press release from the EHF. “Considerable efforts are being made to continue promoting the sport in the best possible way for everyone, regardless of gender.”