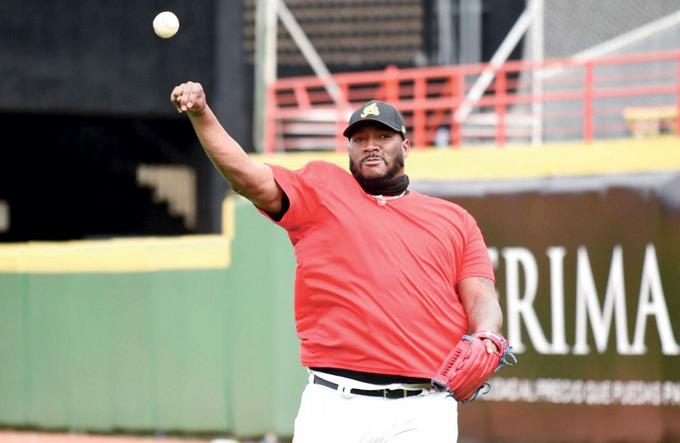 The general manager of the Águilas Cibaeñas, Ángel Ovalles revealed on Thursday afternoon that it will be this Friday when the last tests of the Covid-19 that were carried out on the players arrive and based on the results will determine the final team that will represent the country in the Caribbean Series 2021 in Mazatlán, Mexico.

Ovalles attended a virtual conference with the national and international press and exchanged information on the health of his players, quality of the team, pitching and goals of the harriers in the Caribbean classic.

“We are very flattered with the team that we have formed to represent the country and the commitment that we made yesterday with the President of the Republic Luis Abinader we will fulfill in the name of God,” said Ovalles. He praised the team atmosphere that is breathed among the players, indicating that there is a hunger to win and a desire to achieve that cup, so he trusts them one hundred percent. The Aguilucho Manager reported that the players who were under observation have already tested negative and have joined the team, so the Eagles retain the core of players who were essential to achieve victory in the Baseball League.

“The latest tests will tell us what to do, if a player cannot join the team, he will be replaced by a reinforcement with the same qualities,” said Manager Aguilucho, citing that teams have no limit to reinforce themselves but that he intends to preserve the group of players that they already have the rhythm. Las Águilas will leave at two in the afternoon for Mexico from the Cibao International Airport on a flight contracted by the Dominican Professional Baseball League with the air transport company Sky High Aviation and will travel in an Airbus A321 plane under the Sky Cana brand.

Ángel Ovalles defined the Aguilas Cibaeñas pitching rotation as one of the team’s strengths, citing that “Carlos Martínez and César Valdez have been named.

KNOW MORE
Confident they will travel

Ovalles reported that Juan Lagares, Francisco Peña and Juan Carlos Pérez remain in the team and are preparing to travel to Mexico if no setback occurs. According to reliable sources, the three players are from the group that has been affected by Covid 19. None were in the activity carried out in the National Palace