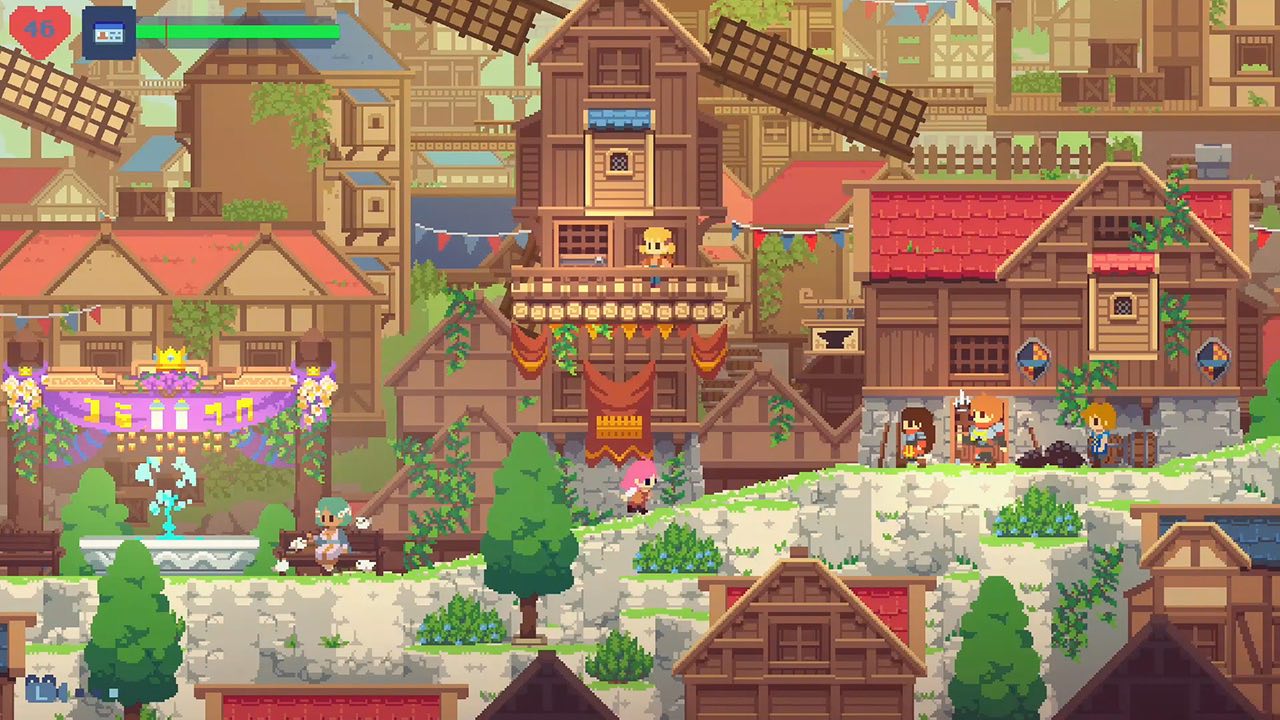 Flyhigh Works released the action-adventure game “PhenotopiaXbox Series X | S / Xbox One / Windows 10 version will be released on August 25th. The price is 2000 yen, and if you pre-order it, you can get it for 1800 yen, which is 10% off. Supports cross-by-cross-save with Xbox Play Anywhere.

Phenotopia is an action-adventure game by developer Cape Cosmic. The Nintendo Switch version was released in November last year, and then the PC (Steam) / PS4 version was also released. It has been highly evaluated by media users, and will be released for Xbox Series X | S / Xbox One / Windows 10 this time.

The main character of this work is Gale, a 16-year-old girl. Growing up in an orphanage in the village of Pancello, one day she encounters an incident in which a villager is kidnapped by an alien with the appearance of a “shooting star.” Gale, who is depended on by everyone, embarks on a great adventure with the bat and slingshot found in the warehouse to save the kidnapped villagers.

On the side-scrolling stage, various monsters will appear, as well as traps and puzzle elements. Defeat monsters and bosses by making full use of the bats and slingshots of the main character Gale while advancing the stage with platform action. In the dungeon, there are also scenes where you use your head to solve the mystery. There are more than 10 types of weapons and tools, for example, if you get a crossbow, you can damage enemies farther away.

In addition, cooking elements are prepared in this work. If you acquire ingredients by defeating monsters or catching fish, you can cook and make health recovery items. In addition, there are shops in the town. Encounters with unique characters, various mini-games, and the world view drawn with cute pixel art are also the attractions of this work.

* One of the features of this work is its chewy action. Difficulty can be finely adjusted in the game.

The Xbox Series X | S / Xbox One / Windows 10 version of Phenotopia will be available on August 25th.Microsoft StoreThen, reservations have already been accepted.