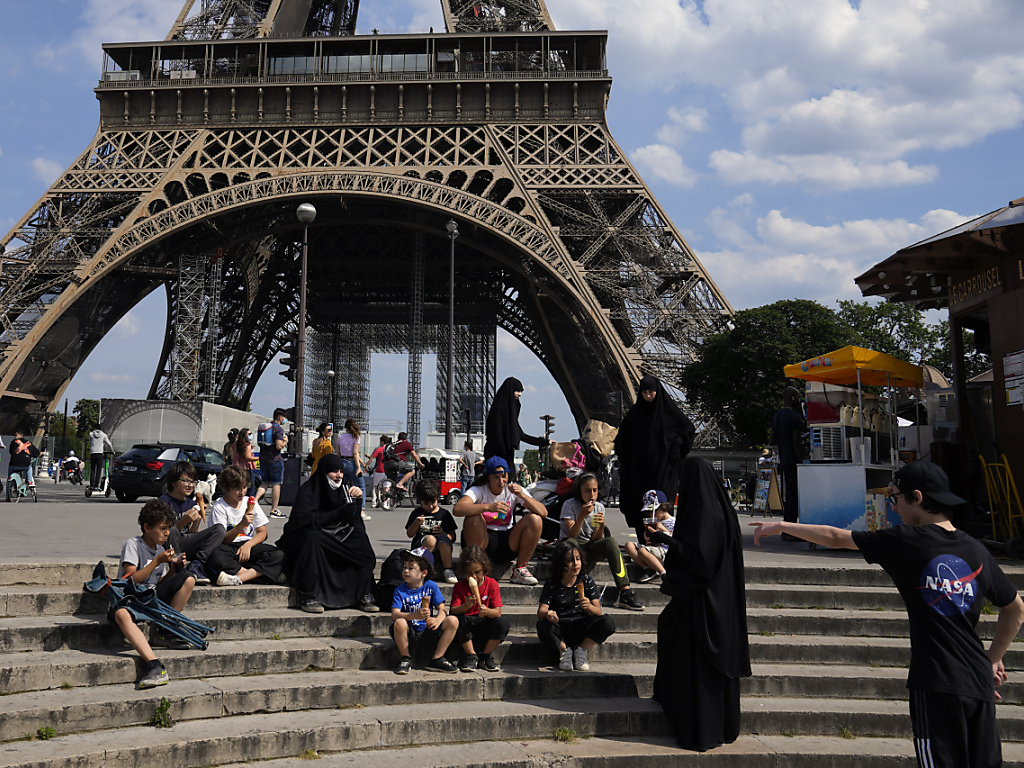 ‘Prepare your supporting documents’: to go to the cinema, to the museum or to sports establishments, the French must now present proof of vaccination or a negative Covid-19 test while the number of contaminations explodes, due to the Delta variant.

With 18,000 contaminations in 24 hours, ‘we have an increase in the circulation of the virus of around 150% over a week: we have never known this’, the Minister of Health warned on Tuesday, Olivier Véran.

While the government no longer hesitates to speak of a ‘fourth wave’ and that the outdoor mask is making a comeback in tourist areas where the epidemic is starting again (Haute-Garonne, Charente-Maritime …), the Defense Council meets Wednesday, the day of the application of the health pass in places of leisure and culture bringing together more than 50 people (against 1000 previously).

Announced nine days ago at the same time as the compulsory vaccination of caregivers, the expansion of the health pass had caused a rush on vaccination … and had the effect of a cold shower on the culture medium, which struggling to recover from several months of closure due to a pandemic.

‘On paper, it’s a great summer with strong films like’ Kaamelott ‘, like’ Fast & Furious 9 ‘and many others’, told AFP Alexandre Hellmann, boss of the Grand Rex, the legendary hall of Parisian cinema. ‘But there is the sanitary pass, the weather is nice and a lot of people will decide not to go to the movies.’

Fall off the mask

Cinemas, museums, theaters and summer festivals are divided between fear of a drop in attendance and hope that the measure, which currently concerns adults, does not discourage spectators too much.

Especially since the obligation to wear the mask in these places is no longer relevant, ‘unless there is a counter order of the prefects in the departments depending on the epidemic situation’, Olivier Véran announced on Tuesday.

For Richard Patry, president of the National Federation of Cinemas, theaters are ‘treated like bad students’ while there has been no source of contamination listed. How to manage at the Grand Rex ‘1200 people when the spectators arrive a quarter of an hour before, and it takes 20 to 25 seconds to control each person’, he wonders.

To cope with these new constraints, the Eiffel Tower, one of the most visited monuments in the world, has planned antigenic tests for all visitors who come without a health pass (free for French people, paying for foreigners). On both sides of La Dame de Fer, which has received half of its usual summer attendance since Friday, a tent has been set up for this purpose.

At the ‘Off’ d’Avignon, which has more than a thousand shows in a hundred seats, we keep our fingers crossed that the sanitary pass does as little damage as possible. Unlike the Festival d’Avignon which ends four days after the extension of the pass, the ‘off’ continues until July 31.

‘After the announcement, there was a real drop in reservations,’ Nikson Pitaqaj, deputy director of the association which manages the ‘off’, told AFP. Since Monday, it started to rise again, I don’t know if it will last ‘.

Almost half of the 108 theaters have a capacity of more than 50 seats. Some are ready because they are equipped with QR code readers. ‘The biggest theater has 300 seats, so it should be manageable,’ says the deputy director.

But those who have not organized have asked to lower their gauge to 50 places, a relaxation which was granted to them by the prefect on Tuesday but which will be subject to checks.

The bill extending the health pass began its way to parliament on Tuesday before possible adoption at the end of the week. It plans to extend this measure to cafes, restaurants and trains from the beginning of August.