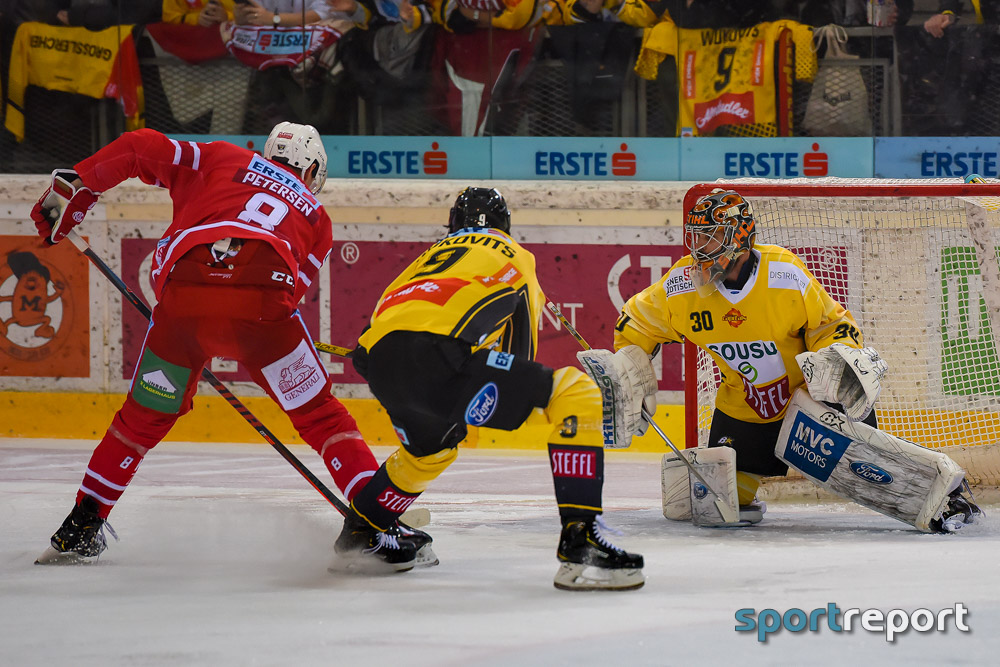 Nick Petersen will also be on the hunt for points for the EC KAC in the coming season. It will be for last season’s playoff MVP be already the fourth season with the “Rotjacken”. In 152 league games for the Klagenfurt team to date, the Canadian has collected no fewer than 167 points (63G / 104 A).

With 73 points, Nick Petersen was named the best player in the bet-at-home ICE Hockey League last season. The Canadian excelled in the postseason in particular, which is why he was named playoff MVP. As of today, Friday, it is clear that the 32-year-old attacker will also appear for the “red jackets” in the coming season and aim for the third title with the Klagenfurters.

“I am very happy that I can continue to play for the EC-KAC. My daughter and I feel very much at home in Klagenfurt, for us as a small family it is a great place to live. In terms of sport, it is also ideal: We have a dedicated team that can play very good and successful ice hockey. It will be exciting to be back in action in the Champions Hockey League on an international level, and we are also looking forward to the next season in the league, where we will try to follow the two championship titles in a row with a third “, Nick Petersen comments on his contract extension for the red jackets.

Oliver Pilloni, General Manager of the EC-KAC: “Nick Petersen has continuously proven over the past three years that he is a player who can make the proverbial difference in our league. It fits in ideally with the path we have taken, namely to provide a squad consisting largely of local cracks, which is upgraded with a few import players who, however, have high quality play. I would also like to underline that Nick Petersen has made a very positive development in our organization towards becoming a more universal player: Apart from the strong scoring values, he is now doing a lot of work backwards, which has also made him fit better and better into our basic system . “