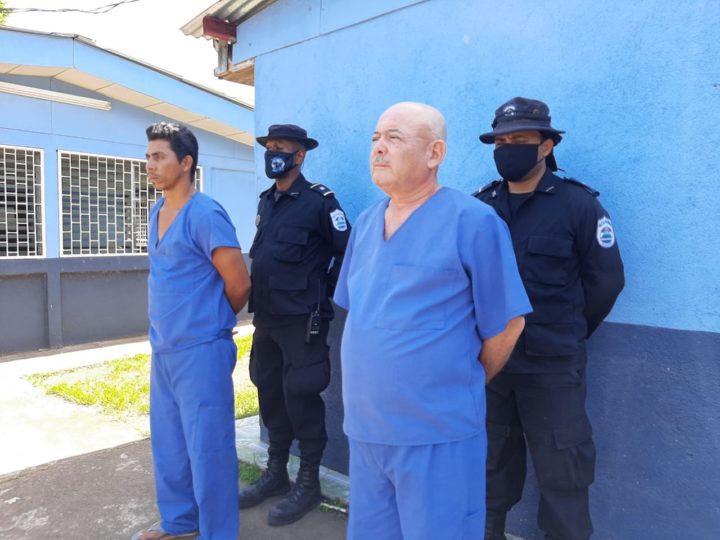 The Police of the regime of Daniel Ortega and Rosario Murillo released the Sandinista lawyer, Melvin Antonio Vargas Fuentes, who was captured on July 14 and presented by the uniformed officers accused of belonging to an organized crime group that is dedicated to money laundering.

On July 17, pro-government media citing a police statement reported that Vargas Fuentes was captured along with Óscar Lorenzo Rodríguez Blandón in San Carlos, Río San Juan with seven packages wrapped in adhesive tapes containing 145 thousand six hundred and eighty dollars. He was presented by the Ortega institution with the blue uniform that they give to the prisoners.

LA PRENSA called Vargas on his cell phone to find out his version of what happened, but he did not answer the calls or messages. Local sources, who requested anonymity, reported that Vargas served as the first member of the Departmental Electoral Council (CED) for the ruling party.

The detainees were in a panga called “Miracle”, which had a Suzuki brand engine. Criminalistics officers determined that there were cocaine particles in the money and in the hands of the detainees.

«When people are innocent, the truth always prevails, although in this country there are unscrupulous people, capable of harming without thinking that there is a God who sees everything and that God does not share envy or hatred for people who have fought all their lifetime. Just as there are bad people, there are good people, here is the town of San Miguelito receiving my brother, Dr. Melvin Vargas Fuentes. May God have mercy on the people who wanted to dirty my brother’s name and on those who believed this fallacy, “says Sandra Vargas, the lawyer’s sister, on her profile on the Facebook social network.

The lawyer was received in his home by his relatives and neighbors with the Christian song, Hymn of Victoria, as observed in a video published by the sister of the released.

It may interest you: The femicide sentenced to 30 years in prison who was released in less than three years

According to a note published by the closed newspaper El Nuevo Diario, in the presidential elections of 2011, in November, Vargas Fuentes caused the companion of the Organization of American States (OAS), Tomas Ottavis, to be forced to abandon his mission as an observer in Río San Juan, accused of an alleged attack on the secretary of the Municipal Electoral Council (CEM) of San Carlos, Eveling Pérez Enríquez. The OAS denied that claim.