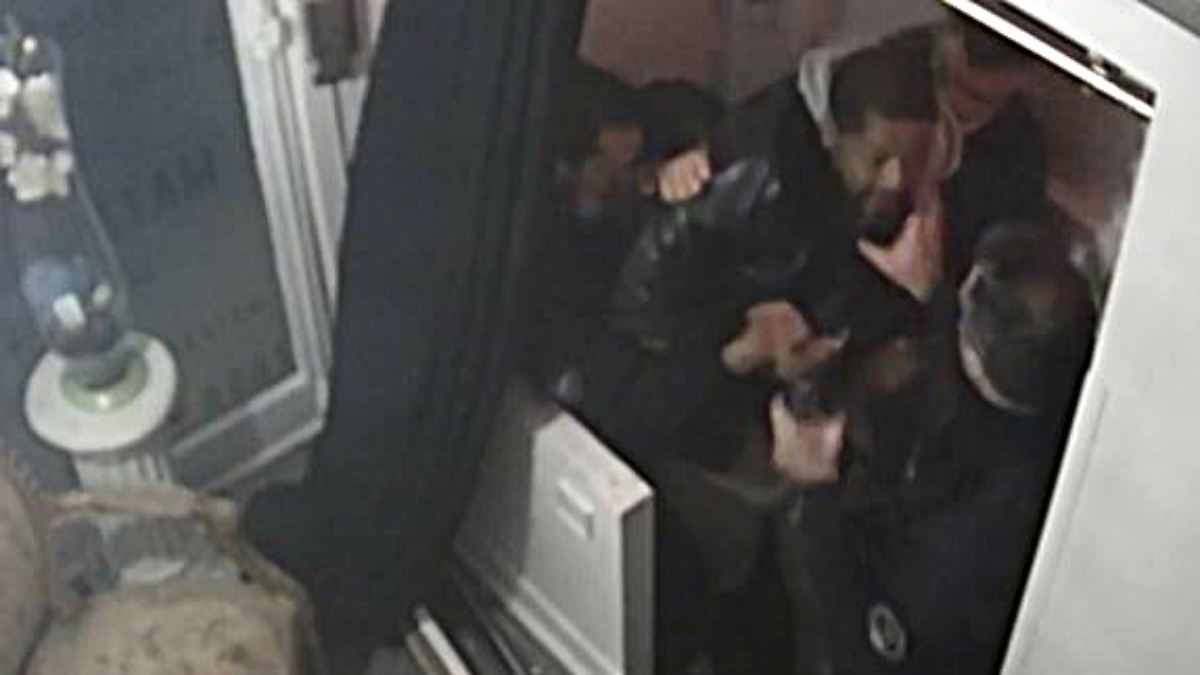 A video about a new case of police violence continues to cause outrage in France even in the highest circles: President Macron is also shocked about the brutal attack by police on a black man. But that’s not the only reason why he and his interior minister are under pressure.

After the outrage over a new case of police violence against a black man in France, President Emmanuel Macron has spoken of “unacceptable aggression”. He called on the government to come up with proposals for “more effective” combating of discrimination. The recordings of police officers who had beaten up and abused a black music producer in his Paris studio were “shameful,” criticized Macron in a statement published on the online networks.

“France must never allow hatred or racism to flourish,” Macron said. He called for an “exemplary police force”. Macron had previously been “shocked” by video footage of the attack. He called on his Interior Minister Gérald Daramanin to impose clear sanctions on the police officers involved in the violence.

The music producer was beaten, kicked and racially insulted by police about a week ago. Four officers were then suspended and taken into custody. You must expect criminal consequences. The police officers told the investigators that the producer did not wear a corona protective mask on the street and resisted them.

The case had caused horror across France. Among other things, the French soccer star and world champion Kylian Mbappé turned against racism and described the pictures of the crime as “unbearable video, unbearable violence”. In capital letters he added “Stop Racism”. He published a photo of the bruised face of the music producer.

The producer, whose first name was Michel, said the police attacked him for no reason. “They said ‘dirty negro’ several times and beat me up,” he said in front of the Paris police inspectorate, where he filed a complaint with his lawyer.

Interior Minister Darmanin accused the police officers of having “soiled the uniform of the republic”. The Paris police had already come under criticism this week for a brutal operation against refugees. The Paris police prefect Didier Lallement and his employer Darmanin are therefore under pressure, calls for their resignation are loud from the opposition.

Darmanin is also confronted with massive protests from journalists’ associations and left-wing activists. You have again called for demonstrations against a planned law for “comprehensive security” on Saturday. The interior minister wants to make explosive recordings of police operations a criminal offense.

The German Association of Journalists (DJV) called on Federal Foreign Minister Heiko Maas of the SPD to stand up for press freedom in France on behalf of the German EU Presidency. The Federal Government should not tolerate any “attacks on the rights of freedom”, declared the DJV chairman Frank Überall. The EU Commission and the UN had already warned France.

The restriction of the traditional press freedom law of 1881 causes controversy up to the ranks of Macron’s party La République en Marche (The Republic on the Move, LREM): Because of the journalists’ protests, Prime Minister Jean Castex first announced a new version of the controversial film ban article by independent experts at.

This, however, called the Chairman of the National Assembly, Richard Ferrand, on the scene. He protested sharply against an extra-parliamentary correction of the draft law, which the French lower house had approved in first reading on Tuesday. Prime Minister Castex then withdrew his proposal. The controversial bill is next for Senate deliberation.