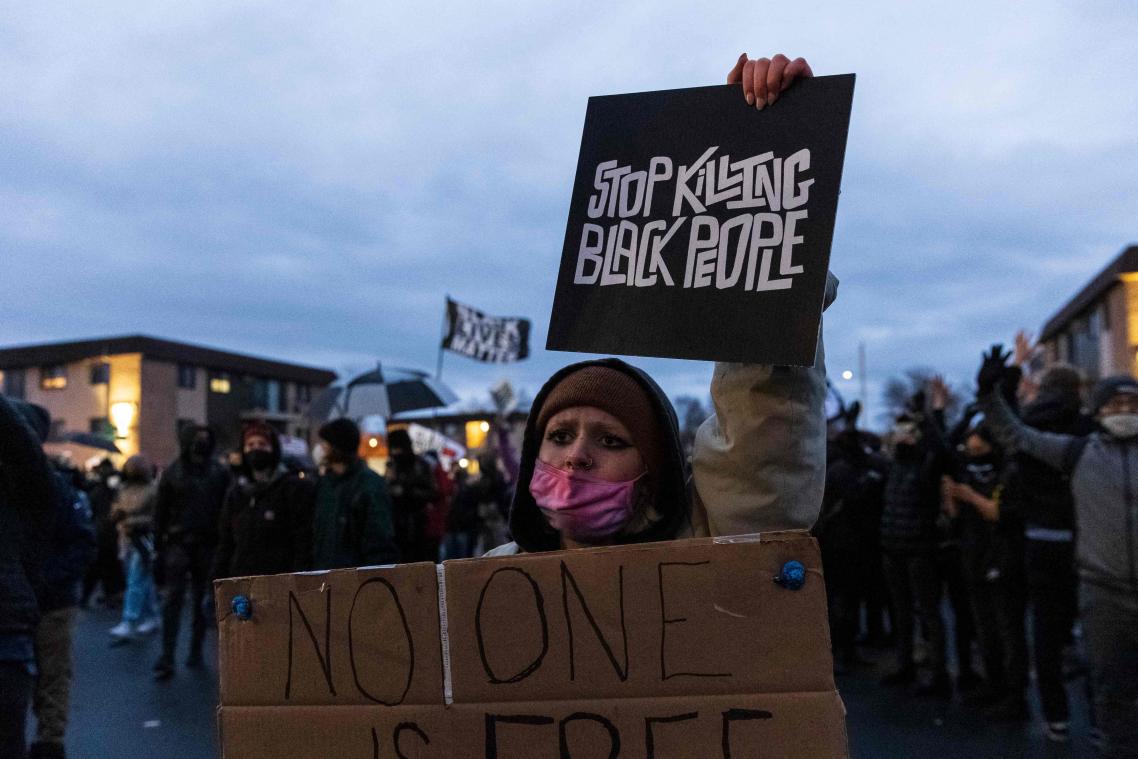 Kim Potter, charged with “manslaughter”, was imprisoned Wednesday and then released at the end of the afternoon, against the payment of a bond which had been set at 100,000 dollars.

She will be presented to a judge on Thursday for a preliminary hearing, according to local media.

48-year-old white policewoman faces up to 10 years in prison, if it is doomed.

Kim Potter opened fire on Sunday at 20-year-old African-American Daunte Wright during an ordinary traffic stop in Brooklyn Center, a suburb of Minneapolis. She then claimed to have confused her service weapon with her electric Taser gun.

“We intend to prove that Constable Potter neglected her responsibility to protect the public when she used her service weapon rather than her Taser,” commented the services of prosecutor Peter Orput.

The drama has rekindled tensions in Minneapolis, where the trial of white policeman Derek Chauvin, on trial for the murder of African-American George Floyd, is currently taking place.

On May 25, the agent had remained kneeling for nearly ten minutes on the neck of the black forty-something, whose torture, filmed, had led to giant demonstrations around the world.

Anxious to avoid a new conflagration in Minneapolis, where several businesses and a police station had burned down at the end of May, the authorities had declared a curfew on Sunday evening and called for reinforcements from the National Guard.

Despite this device, clashes between the police and demonstrators have taken place every night since Sunday.

Daunte Wright’s family took note of the prosecution of the policewoman on Wednesday, but criticized her justifications: “An agent with 26 years of experience knows the difference between a Taser and a firearm”their lawyer Ben Crump wrote in a statement.

“We will continue to fight to obtain justice for Daunte, her family and all marginalized people of color. We won’t stop until we get real police and justice reforms, ”added Crump, who also defends the Floyd family.

Without commenting on this file, the White House considered that “the police too often used unnecessary force and that this too often led to the death of African Americans” and recognized “the need of reforms ”.

After two overwhelming weeks for the defense, the officer’s lawyer scored points Wednesday with the testimony of a forensic scientist who contradicted the experts produced by the prosecution.

David Fowler, who has long supervised the forensic services of the State of Maryland, estimated that the black forty-something had died of cardiac arrest and not of asphyxiation, as assured by a pulmonologist or a cardiologist called to the bar last week.

For him, the heart stopped due to previous health problems, including high blood pressure that made George Floyd’s heart swell, and problems with the arteries. The ingestion of drugs, but also the inhalation of exhaust fumes during his arrest, “added adrenaline to this mixture and made it worse,” Dr Fowler added.

Last Friday, the doctor Andrew Baker who carried out the autopsy of George Floyd had confirmed the health problems of the 40-year-old and the presence of fentanyl, a powerful opioid, and methamphetamine, in his body. But for him, these factors are not “the direct causes” of death, which remain the lack of oxygen due to the compression of the neck.

Prosecutor Jerry Blackwell conducted a close cross-examination of Dr. Fowler, and in particular made him admit that asphyxiation did not leave visible traces at the autopsy.

On the day of the tragedy, Derek Chauvin had kept his knee on the African American’s neck, pinned to the ground and handcuffed, even after he had become unconscious and his pulse undetectable.

Despite the unequivocal images of the drama, and the multitude of witnesses who marched against his client, Me Eric Nelson hopes to create doubts in the mind of at least one juror and avoid a conviction of his client. If they are not unanimous, the trial will be declared void, and the proceedings will have to start again.

The jury is expected to retire on Monday to deliberate.