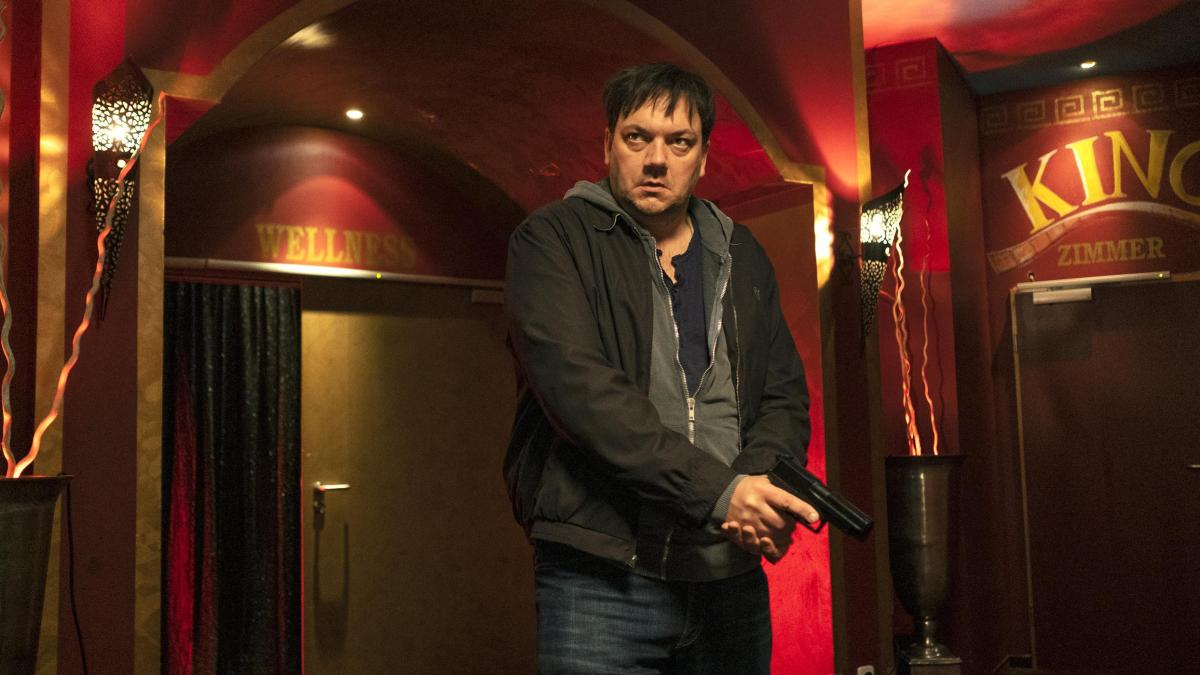 WWhy the Germans sit down in front of the television on Sunday evening to watch the investigation of a crime has been thoroughly investigated. The comfort of the ritual, the assurance that everything is in order, the federal campfire of the local ARD broadcasters. Every “crime scene” or “police call 110” shows a murder from the region. Still a little more regional in the east than in the west, which even three decades after joining, is nothing that Germans wonder about on Sunday evening. Rostock will never be as natural as Bremen.

Right-wing extremists have been taking power in Rostock regularly since 2010, the Hansa hooligans are marauding through the streets, and the real estate dealers who have moved in are still behaving in 2020 as they were in 1990 between brownfield sites and prefabricated buildings. Right in the middle for 24 murders in twelve years: Alexander “Sascha” Bukow. Carsten “Charly” Huebner does not only play the television commissioner in “Polizeiruf 110” as a figure firmly rooted in his city. Hübner embodies them in the truest sense of the word with his cool belly, his Mecklenburg Stoa and his moderate dialect, which is still understood in southwest Germany.

Unfortunately for the last time he determined this Sunday in “None of us” as Sascha Bukow. Again and again the inspector is caught up with his own story, this time even by his first “police call”. In “One of Us” twelve years ago the milieu was designed from which Bukow could never completely break away, even as a civil servant and in civil life. Veit, his father, was the lord of the underworld of Rostock, where all criminal energies were bundled in “Veits Klub” from the Russian mafia to Porno-Peter. The LKA also knew about this and put Katrin König (Anneke Kim Sarnau) as a profiler on Sascha Bukow.

In the very last case, everything gets out of hand. Not only that Bukow and König brush their teeth together after occasional sex when they are drunk, address each other by their first names and make a grotesque marriage proposal to each other in the parking lot of their office: Zoran Subocek, the great opponent of the murdered Veit Bukow, returns as godfather from the third “Police call” back after ten years in prison. Veit Bukow’s successor dies at a concert by rock singer Jo Mennecke, played by the singing drummer of the band Die Ärzte, Bela B. A Faschogang appears, with a leader who calls himself “The Falcon” and who used to rule Lütten-Klein and Lichtenhagen with the “Baltibrüdern”. “Pop culture” is the name of a brothel in northeast Germany. In the end, which of course will not be revealed here, Sascha Bukow is the most tragic antihero of the German television thriller and thus the last of its kind to be history. Sad and true.

Even if Charly Huebner will continue to play such roles and even if Eoin Moore, the screenwriter, will continue to write the Rostock “police call”: This is an obituary. The first Sunday evening after the Tagesschau format, which does not simply turn bizarre cases one after the other and have them solved by odd investigators, but was designed as a series from the start. Her story arcs were wider than the horizon in front of Warnemünde, her pictures as dirty as the Warnow.

Sascha Bukow will have disappeared when the ARD program continues as usual after his last assignment. This disappearance, Charly Hübner explains in the press kit for the television critics, is Bukow’s essence. Out of the milieu he came from and out of his parabourgeois matrix again and again until Bukow dissolves between the two worlds. When the godfather says: “You are basically a criminal at heart, Sascha.”

You could see the “Polizeiruf 110” from Rostock as an East German western. Hübner’s Bukow was the man who did what he had to do and what he alone believed was right in the wild east. Nowhere was it East German in the Sunday thriller, neither before in Schwerin with Uwe Steimle, the avowed Ostalgic, nor in Weimar, Dresden or Magdeburg next door.

Even Katrin König, who, as an immigrant from Bukow, was ridiculed for her “moral idiocy” and her psychological nonsense, found out that she was actually back home as a child of refugees from the republic. And in “None of Us” Bukow even finds out that his own family comes from Siberia, it doesn’t get any further east.

One of us, none of us: Huebner’s and Bukow’s “police call” was never about ostensibly political contortions of the East’s identity, even if the anti-AfD stickers at Katrin König’s workplace caused protests, especially in the east. As Bukow, Hübner was simply there in his down-to-earth and self-assured Charlyhübnerigkeit. Like every great actor, both as the sum of his roles and entirely in his present form.

Whoever wanted to saw in Bukow Huebner’s Stasi sergeant major from “The Lives of Others”, the lieutenant colonel from “Bornholmer Strasse” who opened the barrier on the Berlin Wall, or the remorseful East German investment banker in “Forever Summer 90”. Or the director of “Wildes Herz”, the homeland film about the Mecklenburg punk band Feine Sahne Fischfilet, or in the video of the same band the father of a dying boy on the Baltic coast to the song “Waiting for the Sea”. Or the most popular actor from the region, from Feldberg, who most recently wrote a booklet about Mecklenburg and Motörhead, about the Teufelsstein am Hullerbusch near Carwitz and the warm heart under the cool brain.

The doctors about their homeland

He is leaving, he says, at his own request and leaving the job to Lina Beckmann, his wife. Eoin Moore, the author, says farewell: “Actually we all thought that Bukow was on the right track compared to what it was at the beginning. Now let’s make him walk around the block one more time and ask himself, what kind of one are you? Angel or devil? ”That the question remains open in the end, the question of morals, is still sacrilege on the German Sunday evening before the talk show.

Instead, the second leading role, with which Charly Hübner had to share his “police call”, his great love, is becoming more and more beautiful: Rostock. For the finale, Bukow drives his ridiculous Mazda around a lot on the green banks of the Warnow and the newly built city harbor. If the Germans see it on the “police call”, his region will now be able to get along without him. Charly, holl de ears stiev.

The heat is reassuring!