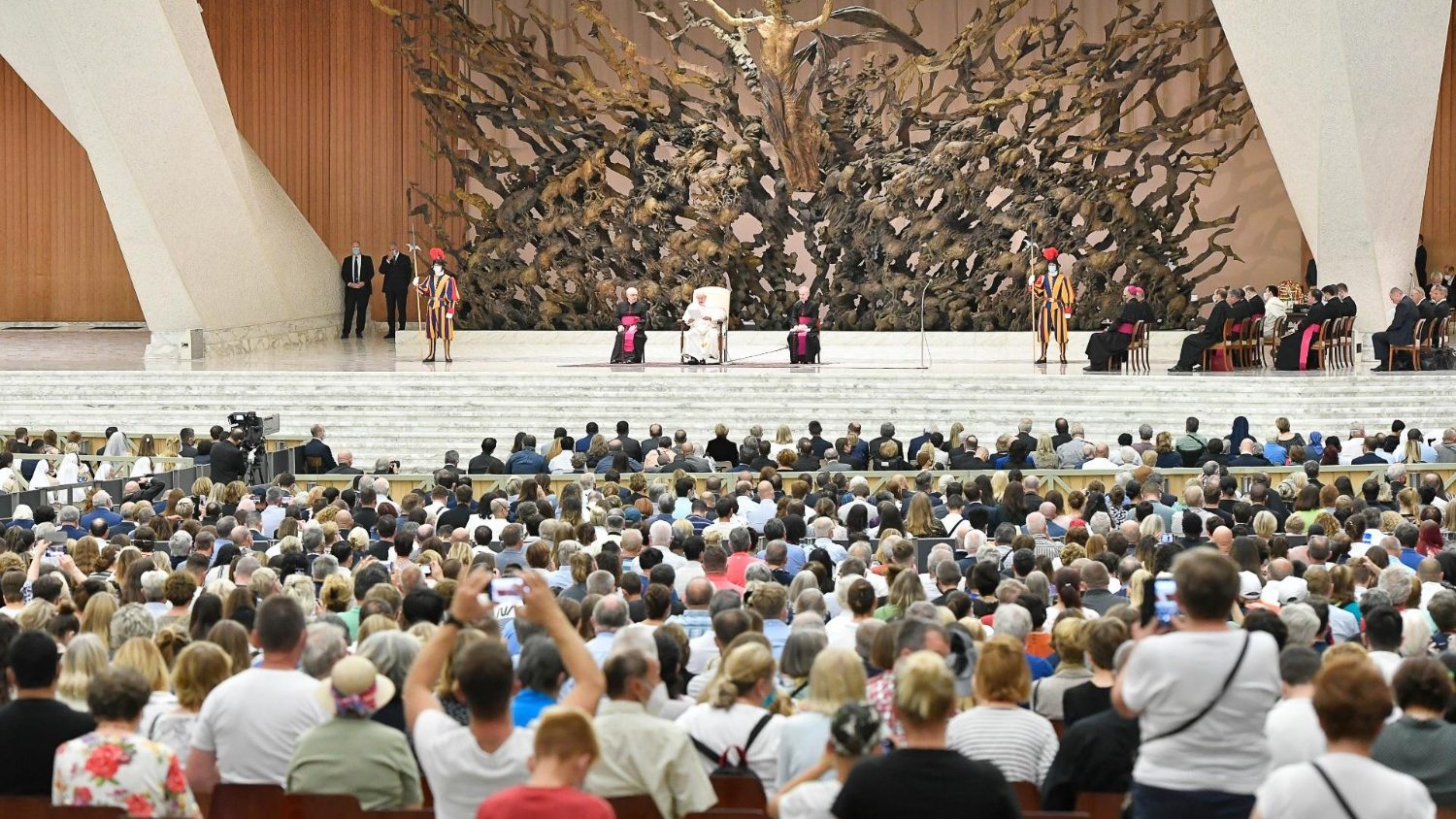 Pope Francis discussed the theme of “justification” in his lecture on the categorization of public interviews, emphasizing that the love of God makes us all redeemed in vain. We must actively engage in the act of loving God and loving neighbors, otherwise justification without deeds “will stay there, buried in the ground, as if dead.”

(Vatican News NetworkOn the morning of September 29, Pope Francis presided over a public reception on Wednesday in the Hall of Paul VI. He continued to use the contents of the Book of Galata as the subject of reflection. This time he discussed the principle of “justification” (Galada Two 19-20). The Pope pointed out that both in this epistle and in the Romans, the Apostle of St. Paul insisted on the fact of being justified by faith in Christ. Justification is “the result of the mercy of the forgiving God” and we “because of grace. Pet” to obtain.

However, this does not mean that the Messer law no longer has value in Paul’s view. On the contrary, Paul believes that this law is still “the irrevocable grace of God” and “holy” (Romans 7:12). Therefore, “it is necessary to obey the commandments”, but at this point, “we cannot rely on our own strength. We have received the grace of God in Christ. This is fundamentally important.” This grace is due to justification. Come, it is Christ who justifies us, and Christ “has paid for us.”

Justification” brings us into the long history of salvation and demonstrates God’s justice. Faced with our constant falls and shortcomings, God did not give up, but wants to justify us and do so with grace, through The grace of the dead and resurrected Jesus Christ”. The Pope therefore mentions God’s approach, compassion, and tenderness to us.

“In this way, the light of faith allows us to recognize how infinite God’s mercy is. This grace works for our benefit. But the same light also shows us the responsibility of cooperating with God in the project of God’s salvation. The power of grace needs to be combined with our compassionate work, because we are called to witness how great God’s love is.”

The Pope mentioned that the teachings of the Apostle Jacob complemented Paul’s thinking, and he believed that “man’s righteousness is due to deeds, not only due to faith” (James 2:24). The Pope said, “This seems to be opposed, but in fact it is not opposed.” Justification “If there is no deed, it will stay there, buried in the ground, as if dead. Although there is, we must realize it by our deeds. “. For Jacob and Paul, Faith’s response requires us to actively engage in the act of loving God and loving neighbors, because “that love saves us all and makes us righteous for free!”

Paul talked from his own experience. He used to think that “strict observance of the commandments is righteousness.” However, his encounter with the resurrected Christ and his faith in him made Paul discover, “We are not righteous by our own efforts. It is Christ who made us righteous by His grace.”

The Pope concluded by saying that God destroyed sin through the death of Jesus and granted us forgiveness and salvation forever. Justification by faith emphasizes the primacy of grace, and God bestows this grace on all who believe in the Son without any difference. Only by grace we become righteous, “the grace that God bestows on us all comes from Christ who died for us: justification comes by grace”.