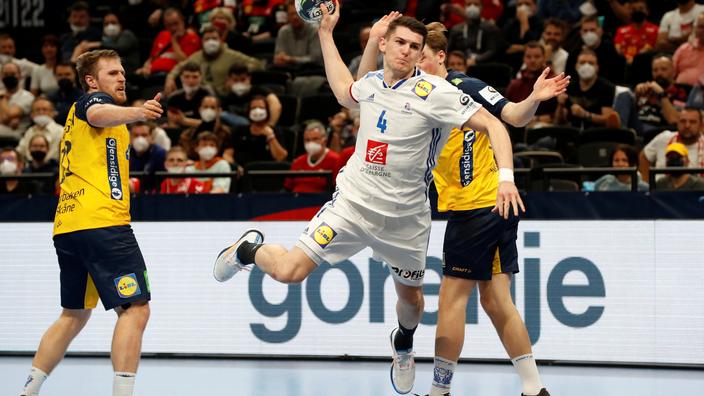 Find the reactions of the players of the France team after their narrow defeat (33-34) in the semi-finals against Sweden this Friday.

Valentin Porte, captain of the France team (on beIN Sports):
“The defense was in trouble. It’s difficult to win a match by conceding so many goals. Despite that, the spirit was impeccable and we missed a small goal. We weren’t far because they too were very tired. The absentees, we had them from the start, we never hid behind this excuse. We have the team to go all the way, we had it and I think we still have it. Today, it didn’t smile on us and we lost by one goal. We still have one match left where we will have to go for the bronze, because many of our team have not yet won a medal. You will have to give everything. (on his expulsion) I make a very big mistake when we were in a strong moment. It cost us dearly and I apologized to the group.”

Aymeric Minne, center half of the France team (AFP):
“We conceded too many goals, we did not find the solution in defense and they have an attack that is difficult to control, they are struggling. This is really where the shoe pinches today. (on his performance and his 8 goals) I went there, I insisted on my duels. It worked quite well but it needed more stops in defense. Now there are players like me who have never had a medal. Nobody spits on a medal.

Vincent Gérard, goalkeeper for the France team (on beIN Sports):
“What is a bit tiring is that Gottfridsson did what he wanted from the first minute to the last. He finished best player of the match, he deserves it. It’s been several times that a player manages to impose his rhythm and that we can’t get out of it. Is it two steps too far each time, I don’t know, but he got carried around and it’s frustrating because we got off to a good start. We had little waste and, if I’m not being stupid, in the 25th there was 10-7 for them, something like that. In defense, we broke up and in the end they managed to push and find rather comfortable solutions. Hot like that, I can only regret not having found solutions on Gottfridsson”.

Meat, digestive and extreme right: welcome to the “mangosphere”

China: where is Peng Shuai?