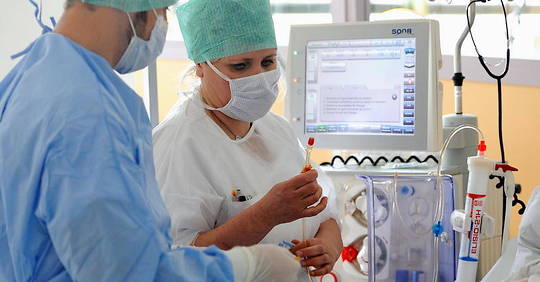 Lhe Portuguese Parliament is due to adopt a law on Friday 29 January authorizing “medically assisted death”, which could make this Catholic country the fourth in Europe to legalize euthanasia, after the Benelux (Belgium, the Netherlands and Luxembourg) . The outcome of this final vote, which must take place in the middle of the day, seems certain to the extent that several texts favorable to euthanasia have already been adopted last February by a majority of deputies.

This text, which has come to merge these different proposals, provides that only Portuguese adults, living on the territory of the country and finding themselves “in a situation of extreme suffering, presenting irreversible lesions” or suffering from “an incurable disease”, may have use of assisted suicide.

A “free and informed” choice

The request of the patient at the end of life must be validated by several doctors, as well as a psychiatrist when there are doubts about the person’s ability to make a “free and informed” choice. When the time comes, the patient’s doctor will have to make sure that he is willing to end his life one last time, in the presence of witnesses.

Assisted death may be practiced in establishments of the national health service, or any other place “chosen by the patient” as long as he has “adequate clinical and comfort conditions”, specifies the law. If the vote is adopted by Parliament on Friday, it will be sent to conservative President Marcelo Rebelo de Sousa, who can then promulgate the law, submit it to the Constitutional Court for analysis or veto it, which could then however be canceled by a second vote of the deputies.

Reelected on Sunday for a second term, the head of state is a fervent Catholic but has so far avoided taking an open position on the subject. According to political scientist Paula Esprito Santo, “this question for him is a bit of squaring the circle”, and the Head of State could therefore be tempted to seize the Constitutional Court.

For Socialist MP Isabel Moreira, a specialist in constitutional law who participated in the final drafting of the law, this is a “consensual” text which defends “human dignity”. “Society is now at peace with regard to this question”, she believes, as Portugal is preparing to follow in the footsteps of the three European countries which have already legalized euthanasia: Belgium, Luxembourg and the Netherlands. Low.

In October, the Portuguese Parliament rejected a proposed referendum on euthanasia, following a petition launched by the Federation for Life, which had collected nearly 100,000 signatures. “It’s about actively provoking someone’s death. However, the role of the State is to take care, not to kill, ”said José Maria Seabra Duque, one of the leaders of this Catholic-inspired organization.

The law, which will be passed without an audience in the galleries of Parliament because of the health restrictions in force, has however met with discreet opposition from the Church hierarchy. “We of course hope that the law will not be approved,” Father Manuel Barbosa, spokesperson for the Portuguese Episcopal Conference, told Agence France-Presse, simply adding that the Church’s position had not “Not changed”.