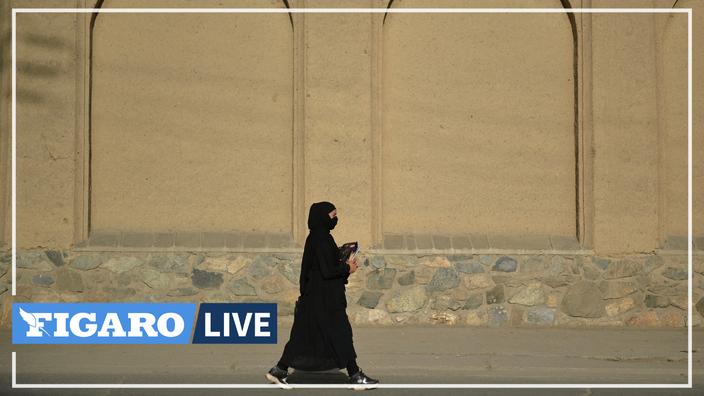 The Taliban put up posters in Kabul shops claiming that women “must»Wear the hijab, accompanied by a photo of a burqa, another sign of the toughening of the regime despite initial promises. The posters are accompanied by a short text stating that “according to the principles of sharia, women must wear the hijab», Without specifying whether it is a simple scarf or a garment covering the entire face.

Read alsoIn Kabul, live in hiding in the terror of the Taliban order

They were published by the Ministry for the Promotion of Virtue and the Prevention of Vice, much feared during the first Taliban regime (1996-2001) and restored by the Islamists after taking power in mid-August.

“These posters are an encouragement”

A spokesperson for the ministry confirmed on Friday that it was behind the initiative, while downplaying its scope. “These posters were published by the ministry but that does not mean that if a woman does not follow them, she will be punished or beaten.“, did he declare. “It’s just an encouragement to follow Sharia law for Muslim women. Even if a woman covers herself with a simple veil, that is fine too. In general, these posters are an encouragement“, he added. Even before the Islamists returned to power, all Afghan women already covered themselves with at least one headscarf. Many also wore the burqa, including in areas controlled by the previous US-backed government.

Since their return to power, the Taliban, who seek to be recognized by the international community, say they are more moderate than during their first reign but these posters are added to a series of measures aimed at imposing their rigorous vision of Islam. They announced that women wishing to travel long distances should be accompanied by a man from their immediate family and called on drivers to accept women on board only if they wear the “Islamic veil“. They also issued regional directives, asking for example to behead mannequins in stores in the region of Hérat (west).

«It’s not good. It will create fearShahagha Noori, who runs a restaurant where the poster was posted, told AFP. “What they are trying to do is spread fear among the people“, For her part estimated a student and human rights activist on condition of anonymity:”They call you a “prostitute” for no reason, just because your face is visible or you are wearing pants.».

What about the effectiveness of probiotics?

Nahir Galarza accused his father of having killed Fernando – News