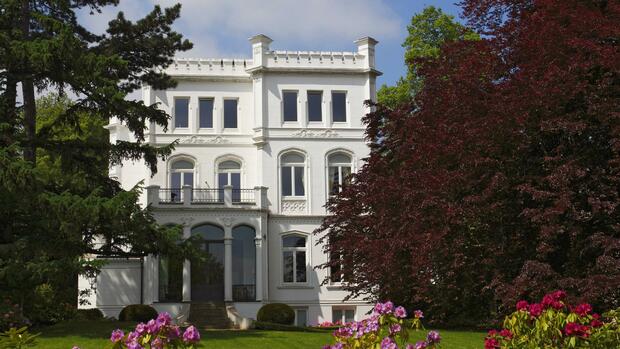 Berlin For the majority of Germans, the corona pandemic has not yet led to a worsening of the economic situation. For three out of four citizens, incomes have stayed the same or even increased compared to the time before the pandemic.

This emerges from the draft for the Federal Government’s 6th Poverty and Wealth Report, which is available to the Handelsblatt. The report, which is drawn up every four years under the auspices of the Federal Ministry of Labor, is currently up for approval in the departments and should be published in the spring.

However, just under 17 percent of those surveyed have had difficulties covering their current expenses in the period since the beginning of the pandemic. A fifth of citizens with the lowest incomes were particularly affected – 30 percent of them complained of such problems. Even the self-employed often had difficulties in making a living.

Debt has increased, especially in the lower income groups, as a result of the corona crisis. It shows “that the income risks associated with the pandemic are greater in the lower income brackets,” says the draft report. This also has to do with the fact that there are only few reserves or other financial leeway.

See Also:  Three deaths from COVID-19 in the last 24 hours in El Salvador

The authors of the report are concerned that daycare and school closings could adversely affect children from low-income households. “This can become a major educational policy challenge in the years to come.”

On the other hand, the experience of the crisis had led to respondents from financially disadvantaged households now more likely to advise their children to start studying. “In previous crises, this tended to be the other way round, in which security considerations tended to shorten training courses.”

Greens are calling for crisis aid

“The growing gap between rich and poor and the experience of more and more people being left hanging in a crisis is poison for our social cohesion,” said Green parliamentary leader Katrin Göring-Eckardt.

People with low incomes should now be given targeted support, for example through a minimum short-time work allowance, direct help for self-employed people and a reliable crisis surcharge for basic income support recipients.

The Ministry of Labor, on the other hand, lists in the report a whole catalog of crisis aid with which the grand coalition has also “taken into account the needs of the economically weaker members of society”.

Regardless of the pandemic, the report highlights the material situation of households in Germany. The risk of poverty has risen slightly since 2010 and most recently affected 15 to 16 percent of the population, depending on the source. People who have less than 60 percent of the median income are considered to be at risk of poverty.

See Also:  Arrival in Rome of the first “Covid-free” flight between the United States and Europe

Almost all income earners benefited from the fact that, thanks to the good labor market situation, wages rose sharply in the period under review. However, the plus in the middle and higher income groups was greater than in the lower ones, who in some cases even suffered income losses.

The so-called considerable material deprivation, which is associated with real deprivation, has steadily declined since 2013. The rate of people who could not afford four out of nine defined items of equipment such as telephones, televisions or a sufficiently heated apartment was most recently 3.1 percent.

In contrast, the share of the high-income population has remained constant since the middle of the last decade: around eight percent of citizens have at least twice the median income, and around two percent at least three times as much.

3.8 percent of the population had individual assets of at least 500,000 euros. The proportion of men was almost twice as high as that of women. Real estate assets made up the majority of assets at 70 percent. Their value, estimated by those surveyed in 2018, had increased by 41 percent compared to 2008.

Inherited assets make up an average of around 35 percent of total assets. In the lower half of the distribution, the proportion is only around a quarter, in the upper half over 30 percent, and in the top percent even just under 40 percent.

See Also:  Saudi Arabia is making a very important decision regarding oil, after the hint of OPEC by Investing.com

The 6th report on poverty and wealth improves the data situation on very high wealth. The German Institute for Economic Research (DIW) collected a sample for this purpose. The role of the very wealthy, which was rather underestimated in earlier studies, is better captured. If the super-rich are included, the upper tenth of the wealth distribution not only has 59 percent of total wealth, but 64 percent.

The average gross wealth of the very wealthy was around EUR 2.2 million, around 17 times as high as that calculated for the population as a whole. For the super-rich, business assets represent the most important asset component at 54 percent.

More: When am i rich? That’s what economists say