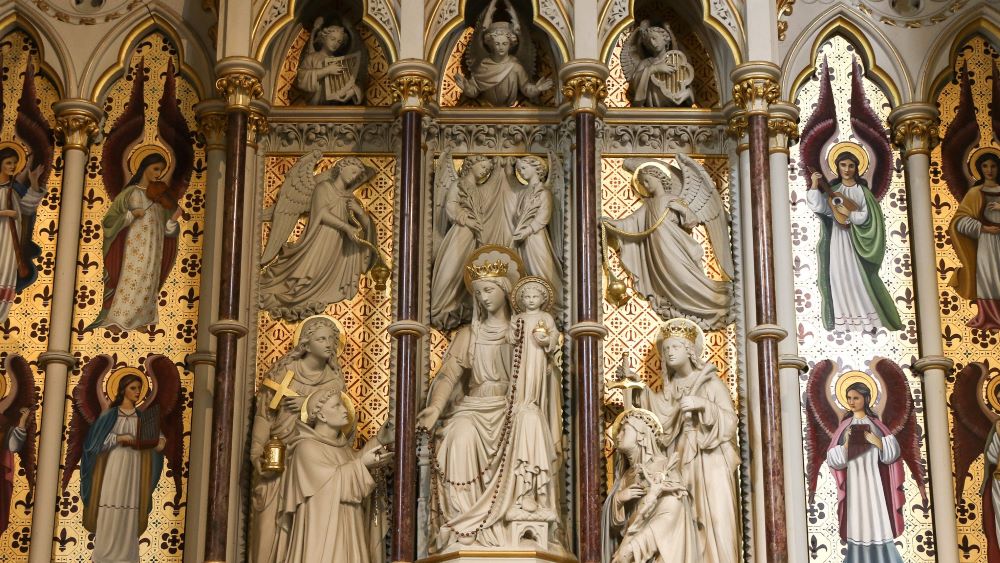 So, faced with this general concern, how can we determine the practical conduct that it is up to each person to adopt?

Objections to the vaccine

A number of objections are opposed to anti-Covid-19 vaccines, under various heads: scientific, medical, political and social.

Some vaccines, particularly those prepared using the so-called mRNA technique, are criticized for not fulfilling certain usual scientific criteria in the field: too short development time, speed of their marketing, insufficient clinical phases of the test, neglect in taking into account various side effects, etc. This does not fail to generate some perplexity as to the seriousness with which this scientific aspect is treated.

We also note that harmful side effects, more or less serious, are not sufficiently taken into account or are poorly evaluated, or even masked; we fear that unknown consequences of vaccination present a significant danger, in any case more than what we want to say; some laboratories manufacturing a vaccine have also been able to identify shortcomings in other producers … As health has become a priority in our world, these elements naturally worry even candidates for vaccination.

The political will behind the vaccination campaigns is also criticized. The vaccine is seen as a step towards the world domination of more or less hidden powers. The obligation of this vaccination, which is binding on certain categories of personnel in certain countries, is also denounced as violating individual freedom. This raises a diffuse concern that is also not unfounded.

Finally, the social consequences of this situation, with the establishment, all over the planet, of a “health pass”, are also pointed out for various reasons which revolve around individual, social or religious freedom. Some people rightly point out that the act of vaccination must be voluntary and that it cannot be imposed in a covert manner by the segregation of those who refuse it. The various means of pressure thus used to push the peoples towards this solution lead to the growing and understandable exasperation of a large number.

Vaccination: an act of prudence

Are these raised objections sufficient to condemn a priori the one who would agree to be vaccinated?

It should be remembered here that, like any concrete human act, being vaccinated is a matter of personal, even family, caution if it is a question of children. That is to say that it is up to each individual to make this decision, according to the lights which are allotted to him and the precise circumstances in which he finds himself.

Indeed, any human act requires taking into account the moral object, the end and the circumstances – of time, place and means in particular. However, inevitably, these circumstances vary infinitely according to human situations: each one is thus brought to decide for himself, according to the circumstances in which he is placed, and by measuring from his point of view the possible risks to which his action exhibits and those around it.

Admittedly, it is commendable to take advice, to get help to determine the best configuration to adopt, but in the end, it is the person concerned who can best choose and must make his decision, because it is he who knows his needs and necessities. We may have more or less skill in the conduct of our life, but the prudence of decisions is up to us.

Let us take an example: the various kinds of insurance to which we must or may be subject; some are compulsory, others are voluntary, such as death and disability insurance, for example, and it is up to everyone to decide whether or not to take such or such insurance. Another example, that of the smoker: smoking is a matter of personal prudence, and it is up to each person to contract or not such a habit, taking into account the risks he runs.

It may happen that some decisions are not the best: less good, they are not necessarily bad, and they should then be respected. We also sometimes see people behaving in ways that we think are truly reckless, and it may very well be that we are right. After having tried everything to enlighten these people, it is advisable to take a step back from the choice they ultimately make: it will sometimes even happen that errors prove to be useful, providing an opportunity for someone to correct themselves and to progress.

This is only a reminder of elements that are applicable to all morality.

It follows from these considerations, in the matter which concerns us, that it is up to each one to decide, according to his prudence, to be vaccinated or not. After investigation, reflection, or even consultation with persons competent to assess the objections mentioned above, everyone can freely make their decision, according to their knowledge and appreciation of the circumstances. And it is just as abnormal to want to dictate to someone his conduct in this case, as to want to compel him in matters of insurance, tobacco or diet.

Finally, it may be that a more or less strong necessity obliges us to be vaccinated.

Thus, if it is no longer possible to approach the dying to confer the sacraments on them, except to be vaccinated, we should prefer the salvation of our neighbor to our own health or tranquility. This also applies to all those who are required in justice – according to their state duty – to provide for the salvation of their neighbor.

Another necessity, that which arises from the charity, sometimes asks to make sacrifices to ensure the salvation or the good of the neighbor: it does not have the same force as the necessity imposed by justice, but it does exist and concerns every man vis-à-vis his neighbor. However, given the need for a health pass to circulate, it may happen that the obligation to fulfill a duty of charity pushes us to agree to be vaccinated.

It is true that one can find the current conditions abusive, just like the pressure which is put to oblige to the vaccination. The fear of being subjected to increased surveillance is also not a figment of the mind. But let us recognize that we accept to undergo many pressures and constraints for reasons of justice, charity, common good or spiritual good.

Thus, we know that the simple fact of using a smartphone, a credit card, surfing the internet or even taking a car puts us under the vigilance of the State at almost all times. Some shun it by giving up using these electronic means. But others, either have no choice because of their profession, or accept this limitation in the hope of deriving good to be accomplished.

It must therefore be concluded that the fact of consenting to be vaccinated against Covid-19 can sometimes constitute an eminently prudent act, in the moral sense of the term. And that it is up to everyone to choose whether or not to perform this act, depending on the circumstances which are theirs, after having taken the information or the advice of people competent in their field.