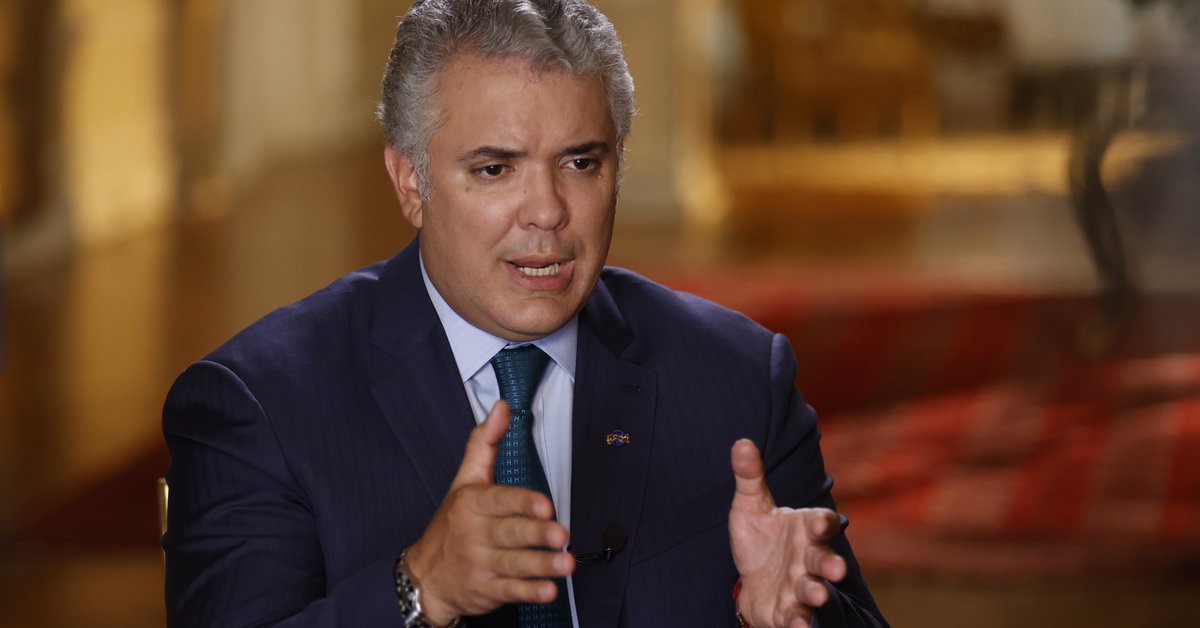 The President of Colombia Ivan Duque He asked United States, this Monday, July 26, during the installation of the III International Seminar on the Analysis and Prevention of Urban Terrorism, which Venezuela enters the list of countries that promote terrorism, by housing various members of the Residual Organized Armed Group Structure 33 (GAOr-E33), dissidents from the former FARC.

Among the guerrillas in the neighboring country, the head of state mentioned aliases’ Iván Márquez ‘, aliases’ Romaña’, aliases’ El Paisa ‘, Antonio García and aliases’ Pablito‘, who is part of the Central Command of the National Liberation Army (ELN). As a result, he stated that the government of the US president, Joe Biden, should be pronounced: “Clearly, that consent of the dictatorial regime of Venezuela merits a declaration by the United States also as a country that promotes terrorism.”.

A video was recently released, along with an official statement, in which the Middle Magdalena Block of the FARC dissidents accepted their responsibility, both in the attack against President Duque and part of his cabinet, when they were traveling in a helicopter to Cúcuta on June 25, as in the car bomb that exploded at the facilities of the Grupo Maza Battalion, Brigade 30 of the Army, in the capital of Norte de Santander on the 15th of the same month.

Along with this announcement, in which harassment was also attributed to the military bases in the department, this criminal group sent a warning to the Colombian president: “And our actions do not end here, We tell the president that you are part of the war and while there are no guarantees for the vast majority, our rifles will not be silenced ”.

Faced with such statements, Duque expressed that the Government will not be intimidated by the intimidation of organizations outside the law, and that, on the contrary, it will continue in its objective of completely disintegrating them: “We are not afraid of any of these threats, nor do they intimidate us, nor do they diminish us, nor do they diminish us. Let it be clear to that GAO-r 33 that we are going to dismantle it completelyWe are going to bend it and the Colombian nation will stand firm against any form of terrorism. Colombia does not kneel before any threat ”.

In addition, he specified that it is vital that it can be revealed what is the “conniving and pernicious” relationship between the Venezuelan Government with the FARC dissidents and the ELN members. In this way, he affirmed that the objective will be for the terrorists to be handed over to the authorities of the countries that are looking for them.

Finally, he asked that Alex Saab, alleged front man of the president of Venezuela, Nicolás Maduro, be extradited to the United States, as well as warned that alias ‘Otoniel’, head of the ‘Clan del Golfo’, “will fall very soon”.

In recent days, the Colombian authorities announced that six people had been captured, including the retired Army captain, Andrés Medina Rodríguez, alias ‘El Capi’, for his alleged participation in the attack against Duque, as reported by the Office of the Attorney General of the Nation.

Defense Minister Diego Molano, reported last Saturday that he had knowledge of another plan to assassinate Duque, in which ‘El Capi’ would also be involved, who would be part of the ‘Block 33’ of the FARC dissidents. Meanwhile, the official announced that information was obtained indicating that the attack against the Colombian president was organized from Venezuela.