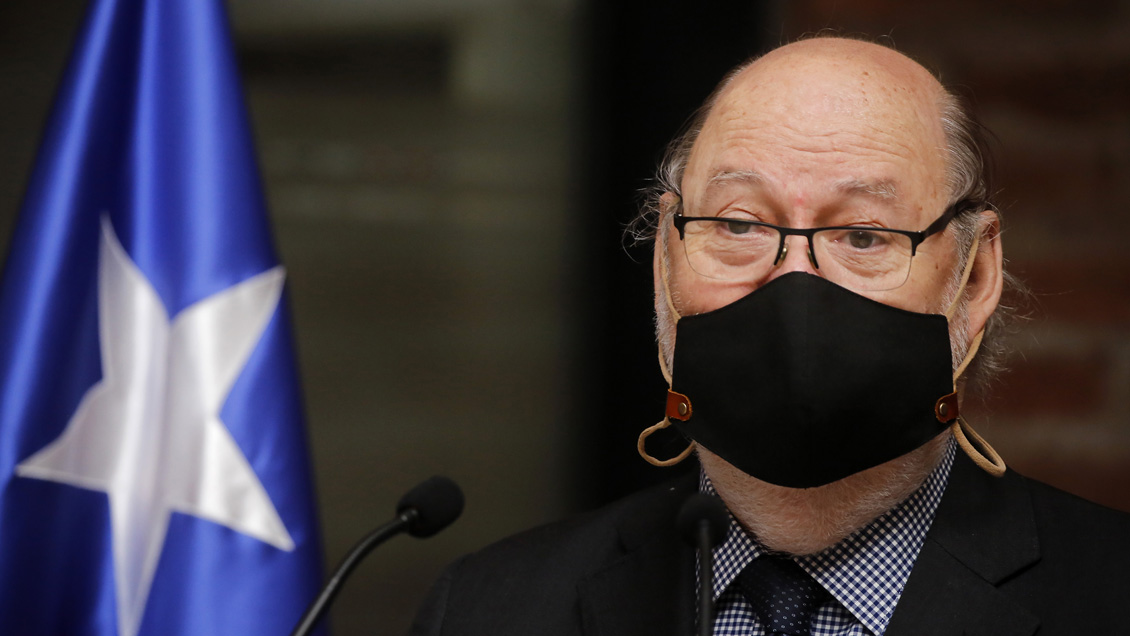 Controversy has generated the president of the Board of Directors of the Electoral Service, Andrés Tagle (former UDI militant)after questioned a lack of “equal voting or equality of vote” in the election system of deputies and senators and also in that of the members of the Constitutional Convention which since July 2021 is drafting a proposal for a new Fundamental Charter.

Through a column published this Saturday in The Mercurywhich begins by noting that the principle that each vote has the same value is “essential to a democracy” and “is contemplated in the current Constitution and in the American Convention on Human Rights”, criticized that “it has not been the same when the chambers of Parliament are elected or for the Constitutional Conventionthus violating an essential human right”.

“The vote was not worth the same in the binominal systemwhere all the districts elected two seats, despite great differences in inhabitants”, he reviewed, pointing out that “the inequality remained” with the D’Hondt proportional methodwhich has been used since 2017.

For example, he deplored that “the system has unacceptable inequitiessuch as the Atacama Region electing five deputies when the Tarapacá Region, with more inhabitants, elects only three, or the Biobío Region electing three senators, with 50% more voters than the La Araucanía and Maule regions, who choose five each”.

His questions did not end there. Tagle also raised objections about the Convention, the composition of which was elected through the ballot box using the D’Hondt system and with reserved seats. “She was elected with serious inequalities in the vote that cast doubt on her democratic origin“, he warned.

In that sense, he explained: “The inequalities and inequities of the Chamber were maintained. Thus, the vote of the Aysén Region was worth 5.9 times more than that of district 11 (Providencia-Las Condes) and 8 (Maipú) and more five times that of districts 10, 12, 14 of the RM. Original peoples were granted 10.9% of the seats based on their population, but only 4.3% of the total number of effective voters voted for them. 44.4% of indigenous voters chose to vote for conventional non-indigenous. 44,547 non-Mapuche indigenous voters chose 10 seats, their vote was worth 13.6 times that of the average RM voter. 55 Yahgan voters chose a seat, their vote was worth more than a thousand times that of the voters of the RM districts”.

“Territories overrepresented in seats with respect to their population, designated seats, assigned or reserved to certain sectors or estates, are traps for democracy“, he warned, even accusing that “they are subterfuges typical of dictatorships to perpetuate their power under the guise of democratic elections.”

“HE JOINS THE CHOIR THAT TRIES TO GENERATE CONDITIONS FOR REJECTION”

From the Constituent, the Communist Marcos Barraza He criticized Tagle for raising his position, given the nature of the position he holds at Servel, and asked the Board of Directors to take action.

“Clearly he joins the chorus of tractors, bounded, by the way, that tries to generate conditions for the rejection -accused-, and that is very worrying and serious because he is president of the electoral service. Consequently, he could not be making partial judgments.”

From the Socialist Collectivefor their part, did not interpret Tagle’s column as an attack on the Convention, but they did express objections to the fact that, according to them, the head of the Electoral Service had mixed his position with technical data.

“It mixes the technical opinions, which by the way are always valuable coming from the one who issues them, however, it seems to me that mixes opinions and makes wrong interpretations of what we understand are necessary correction criteria for the Chilean democratic system,” said the PS Maximilian Hurtado.

Statement by the Chairman of the Servel Board of Directors

Later, during the afternoon, the Servel released a public statement by Tagle, in which he clarified that his approach “is a personal opinion that does not compromise the other members of the Board of Directors“.

“In addition, I must point out that I have never intended to question the legitimacy of the Constitutional Convention. I only wanted to point out that the existence of elements of inequality in the vote with which she was elected, reproduce the disparate representation of other elections, “she added.

Along these lines, he explained that the “purpose” of the column, “as I said in a Commission of the Convention, is a call for the futureto correct once and for all in Chile the inequalities in the vote of the past: it is a call to the Convention itself, so that it corrects these inequalitiesestablishing in the new Constitution an election system, where at least one chamber of Parliament, or the only one if there is one, fully respects the equality of the vote, where the electoral territories elect their seats in proportion to their electors”.

The conventional UDI Pablo Tolozameanwhile, considered that a technical opinion, such as Tagle’s, should not be confused with a supposed political criticism.

“As Andrés Tagle’s statement says, is not questioning the legitimacy of the election, but is callingbecause this call has to be made at any time, not only now, but also tomorrow, and it was also made within the Convention”, supported the trade union representative.

YES THERE IS UNDER AND OVERREPRESENTATION, BUT NOT ILLEGITIMITY, SAYS EXPERT

From the academic world, the political analyst Mauricio Morales affirmed that under the current electoral system there are territorial under- and over-representations, which, however, does not give rise to an illegitimacy of the electoral processes.

“The elections were organized through a free, transparent and informed open system, elections organized by Servel, then meet all the requirements that a democratic electoral process needs“, emphasized the political scientist from the University of Talca.