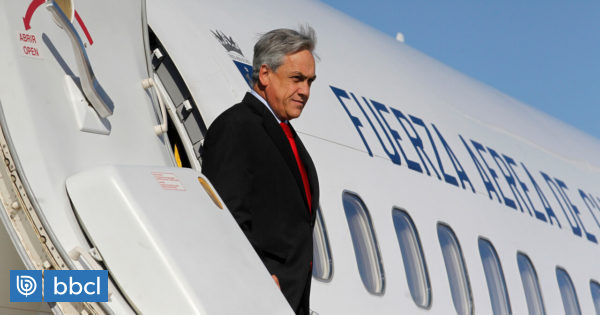 During the afternoon of this Thursday, the minister spokesman for the Government, Jaime Bellolio, spoke from the Palacio de La Moneda. In the instance, he confirmed that President Sebastián Piñera decided to postpone his international tour to Europe.

According to the minister, The reasons would be purely of a health nature, considering the announcement of quarantine for the entire Metropolitan region.

“The president has decided to postpone the tour that he was going to do to some European countries, where they were going to see health matters; post-pandemic economic recovery matters; clean energy matters; and matters in the fight against climate change ”, explained Bellolio.

He also explained that the reason for this measure “They are only health reasons. You know, we are going to have the entire Metropolitan region in quarantine as of Monday, which is when this same quarantine already takes effect ”.

“The international tour has not been suspended, but it has been postponed and the tour will be rescheduled. The dates for the necessary face-to-face meetings are not yet available ”, he said.

In addition, in a document issued by the Government they explained: “For reasons of the evolution of the pandemic, this tour has been postponed. However, we will continue to advance in the substantive matters, through digital tools and telematic meetings, until the sanitary conditions allow rescheduling the tour and holding the necessary face-to-face meetings ”.

Let us remember that during the morning it was Minister Bellolio himself who came out to explain that, despite the criticism, the President’s tour was going. However, now it is the same personero who confirms the postponement of the tour.

In this regard, Bellolio pointed out: “In the morning, when he asked about this tour, we still did not have a decision that the Metropolitan region was going to be fully quarantined along with seven other communes. throughout the rest of the country, and therefore, due to a prudential decision, is that the President decides to postpone this tour and is obviously waiting to be able to find that new date that we do hope will be during this year ”.