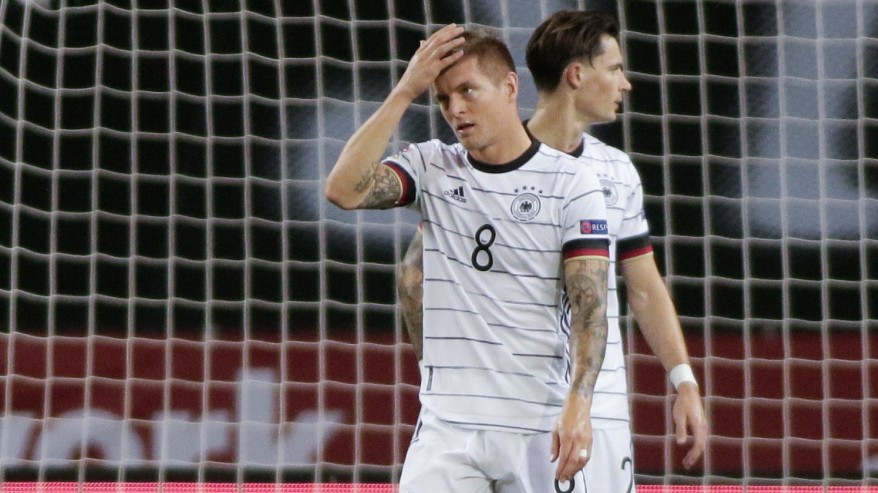 The vanguard: “Spain paid homage and a bath in self-confidence in the empty Olympic stadium in Seville. (…) Spain overran Joachim Löw’s team, it was a downright race from the very first minute to which Germany couldn’t find an answer.”

The world: “Spain humiliates Germany on a night steeped in history”

The country: “Spain is embarrassing the Germans. The new generation of the ‘Reds’ showed it with an epoch-making series of goals for Löw’s team and will play in the final phase of the Nations League.”

The Guardian: “Yes, six. Against Germany. That was historical, the kind of event where 65,000 people would spend the rest of their lives bragging about being there. Instead, only 300 can do it, but they will.” do. Joachim Löw’s team was not simply defeated for the first time in 13 games, it was destroyed. “

Republic: “In Seville, the” red furies “humiliate Joachim Löw’s men and grab the ticket for the semi-finals. The (German) team hadn’t lost 6-0 since 1931 Germany across the stage (…).

Courier: “Furious Spaniards roll over helpless Germans – 6-0. In the Football Nations League, Joachim Löw’s team in Seville had no chance and slipped into a historic debacle.”

Day indicator: “Germany conceded a historic defeat against Spain. On the last day of the game the Germans lost 6-0 and missed the entry into the final tournament (…) The last time they lost was 6-0 on May 24, 1931 against Austria given. For Captain Manuel Neuer, his 96th international game, with which he rose to the sole German record goalkeeper, was a very bitter evening. “

Jutarnji List: “A catastrophe for Germany, the eleven have not experienced such a debacle for 111 years! Back then, in the distant year 1909, the English missed them nine of them. This is now the second highest defeat in history.”

ESPN: “Since winning the 2014 World Cup in Brazil, when they inflicted a historic defeat on their hosts in the semi-finals, Germany has steadily deteriorated. (…) The three goals conceded in each half concealed the fact that they would have lost even more Spain would not have been so wasteful with clear chances in front of goal. “