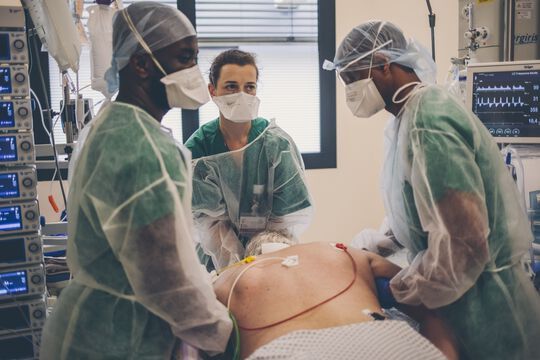 The good trend continues. According to data published this Thursday by Public Health France, the pressure on the hospital continues to decrease. Indeed, the number of people currently in critical care, who are treating the most serious cases, is 2,245 against 2,326 patients on Wednesday.

This figure is the lowest since October 22. In all, 74 people were admitted to critical care within 24 hours.

The benefits of vaccination

The health agency listed 13,090 people hospitalized against 13,526 the day before, with 297 new admissions. This decrease is in particular due to the acceleration of vaccination. Since the start of the campaign in France, 29.5 million people have received at least one injection and 13.4 million have received both. This represents respectively 56.1% and 25.5% of the adult population.

The government’s objective of 30 million first-time vaccines (57% of the adult population) should thus be reached before the deadline of June 15. In all, nearly 15 million people have complete vaccination schedule, Specifies the Ministry of Health.