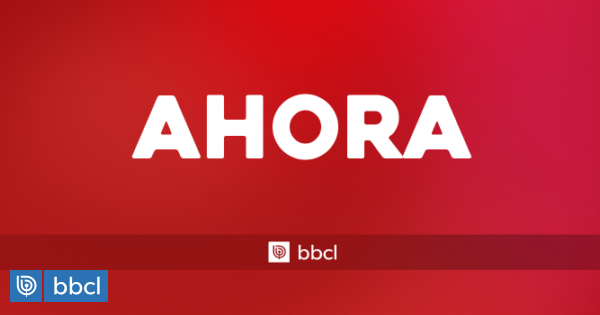 With the precautionary measure of preventive detention, the 42-year-old man was accused of the disappearance and repeated rape against a minor who was missing for a week in Valparaíso.

The hearing took place in the first room of the Valparaíso Guarantee Court electronically.

In the instance, the Children’s Ombudsman requested not reporting situations involving the adolescent to avoid re-victimization.

The court accepted the complaints filed by the family, the Children’s Ombudsman and the Prosecutor’s Office.

In the opportunity the intervening they requested confidentiality of the case, request that was accepted by magistrate Fernando Vergara.

After listening to the Prosecutor’s Office and the plaintiffs, the judge determined that the accused will comply with the precautionary measure at the Santiago Penitentiary Center.

Likewise, an investigation period of 70 days was set.

NOW 🛑Fiscalía de #Valparaiso formalizes a 42-year-old defendant for repeated rape of a minor under 14 years of age. The Court determined the prohibition to disclose information regarding the victim that is delivered at a hearing by interveners. @FiscaliaRegionV #TeInforma pic.twitter.com/u3n5Vqx2Iu

It should be remembered that after the minor left her home at dawn on June 8, a broad operation was activated to find her whereabouts.

In this way, after a week of searching, she was found in the company of a 42-year-old man in Maitencillo, whom would have met on Instagram.

The subject was arrested and will be formalized for the crime of sexual connotation, according to the Prosecutor’s Office after his capture.

In addition, they specified that they would request the precautionary measure of preventive detention and that the accused risks a penalty of 15 years in prison.