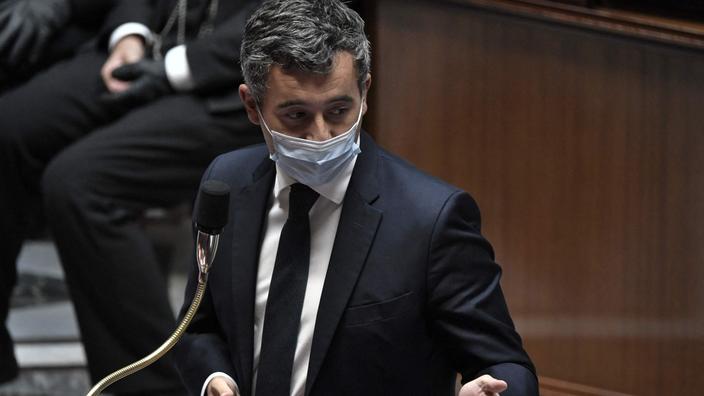 The Minister of the Interior received this Tuesday the president of the Conference of Bishops of France, who had considered that the secrecy of confession was “stronger than the laws of the Republic”.

Gérald Darmanin affirmed Tuesday, October 12 that the priests having knowledge of “crimes“Against”children under 15“, were to “porter“These facts of pedocriminality”to justice»And not to oppose the secrecy of confession. The Minister of the Interior was speaking to the National Assembly just after having received, as Minister of Religion, the President of the Conference of Bishops of France, Bishop Eric de Moulins-Beaufort, who had judged the secrecy of the confession “stronger than the laws of the RepublicAnd therefore cannot be broken.

Read alsoIs the secrecy of confession recognized by the laws of the Republic?

«The secrecy of confession has been in our law for almost 200 years, known as professional secrecy, like doctors or lawyers. However, it suffers from exceptions with regard in particular to crimes committed for children under the age of 15 and that it is obvious that there can be no sanction against any religious or any person who has knowledge of facts of sexual abuse against children and that they must wear it for the protection of children to the justice of our country», Declared the Minister of the Interior who answered a question of the deputy LREM Florent Boudié.

«I ask forgiveness from the victims »

A week after the submission of the report of the Independent Commission on Sexual Abuse in the Church (Ciase), Gérald Darmanin welcomed “the courage of the Church of France to commission this report“On child crime within the Catholic Church”and to give Mr. (Jean-Marc) Sauvé mandate to make all the truth about this story, this dark story».

Coming back to the words of Bishop Moulins-Beaufort, the minister said he had “reiterates, as (he) says to each of the cults, that there is indeed no law that is superior to the laws of the National Assembly and the Senate and that there is no law above of that of the Republic». «The French Republic, he insisted, respects all religions (…) respects all faiths, as long as they respect the Republic and the laws of the Republic».

In a press release, the president of the French Bishops’ Conference assured the “determination of all bishops” To “make the protection of children an absolute priority, in close collaboration with the French authorities“. Bishop Eric de Moulins-Beaufort also asked “forgiveness to victims” for the “debate aroused by (his) words“, And regretted that they had”took precedence over the reception of the content of the Ciase report and the consideration of victims».

»SEE ALSO – Revelation of sexual abuse: what will the Church of France do?