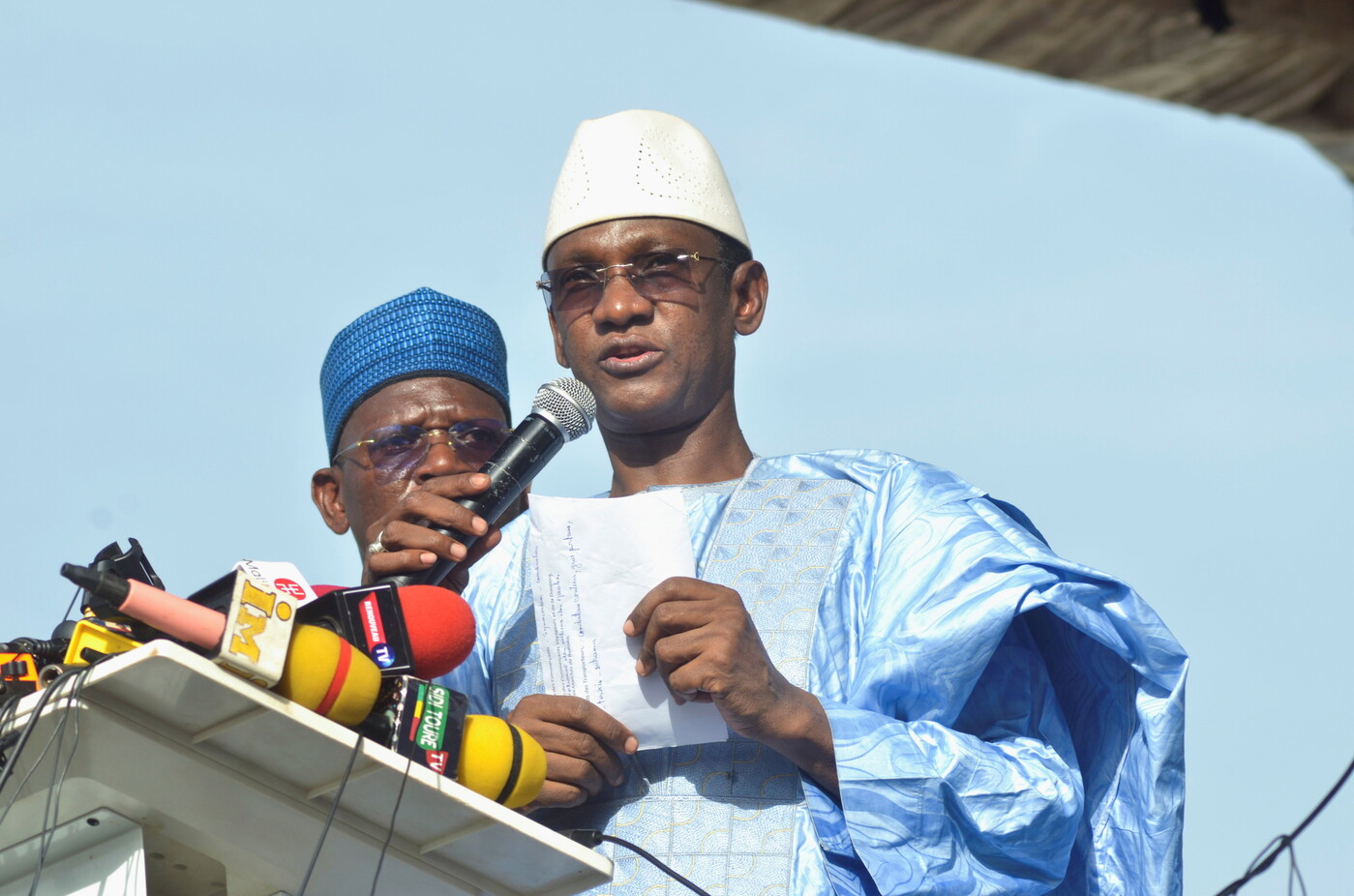 It took Colonel Assimi Goïta an hour, after his swearing in as president of the transition, to appoint a prime minister. “Time is our enemy”, commented the new Malian president, before signing the decree appointing Choguel Maïga. There is not much time left for the latter – nine months – before the announced end of the transition. He will have to quickly form a government and tackle a host of challenges.

→ ANALYSIS. In Mali, Colonel Goïta at the foot of the wall

“He is a man who is not afraid to work, he will make his mark, and there is no doubt that he will be able to meet the challenges”, assures Salia Samake, longtime friend of this political rider, three times candidate for the presidency (in 2002, 2013 and 2018) under the banner of the Patriotic Movement for Renewal (MPR). Choguel Maïga, however, specifies this relative, will have to bring together, because “Alone, he can do nothing”.

The challenge of gathering

Gather: this will be the first wall to cross for this 63-year-old telecommunications engineer, native of Tabango, in the Gao region, whose ideas and struggles may have displeased, including within the June 5 Movement / Rassemblement des forces patriotiques (M5-RFP), the protest movement of which he is a figure, which contributed to the fall of former President Ibrahim Boubacar Keïta (IBK) in August 2020.

Choguel Maïga has thus always campaigned for a re-reading of the application of the 2015 peace agreement between the former rebellion in the North and Bamako, or, recently, for a dissolution of the National Council of the Transition chaired by a putschist: institutions of the transition that he described, not long ago, as “Disguised military regime” before accepting his new functions. “Being inflexible is not very political. I am waiting to see him at work before concluding that he is more conciliatory on certain subjects ”, comments Salia Samake.

The break with a “system”

In his first statement, the new prime minister promised disruptive governance that “Will bring Mali out of the rut”. Break with a “System” which he did not stop decrying during the first demonstrations against IBK, but of which he has been a cog for more than three decades, as his detractors keep reminding him. A student in the USSR in the 1980s, Choguel Maïga campaigned for the dictatorial regime of Moussa Traoré, whose legacy he claims. He later became Minister under the presidencies of Amadou Toumani Touré (2002-2012) then IBK (2013-2020). Before taking root in the opposition.

→ DEBATE. Can France influence the junta in Mali?

This latest government experience damaged his reputation, however, when he was accused of having accumulated his salary as minister (of digital economy, information and communication) with that of director of the Malian Authority of regulation of telecommunications and posts. Charges from which he defended himself.