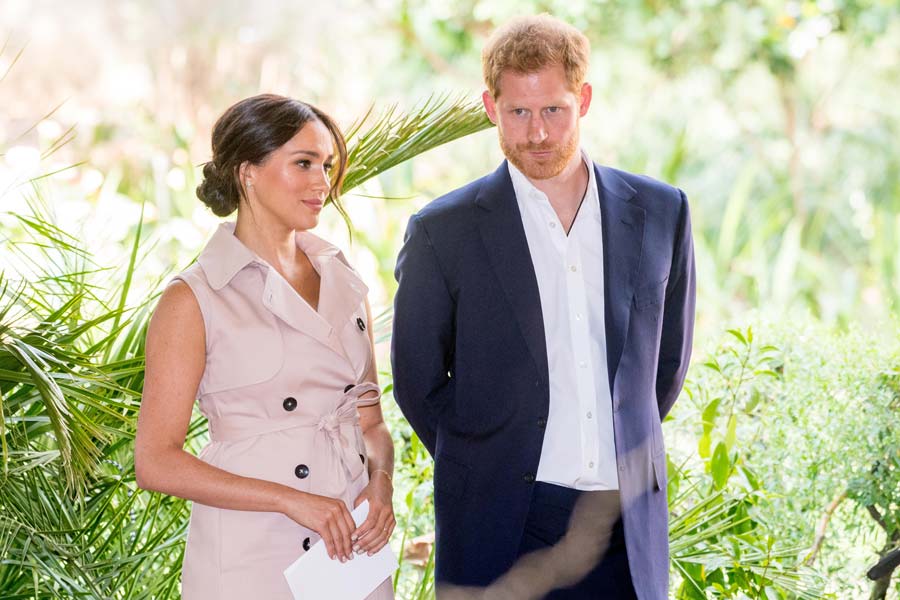 The greatest happiness is sometimes very small! In this case it is called Lilibet Diana Moundbatten-Windsor and was born on June 4th with just under 3500 grams. The good news spread around the globe in no time at all: Duchess Meghan (39) and Prince Harry (36) have become parents again. Little Lilibet Diana is starting an exciting life.

Lilly is not yet a real princess – she will only automatically become that with the coronation of Grandpa Charles (72) – but she is already being treated like a queen. Mama Meghan in particular takes care of that. She had a children’s room set up for her daughter in the villa in Montecito (USA). Renovation costs: 400,000 euros. And Lilibet sleeps in a pink girl’s dream – a castle with lots of cuddly toys. Of course, Meghan – as with brother Archie’s (2) room – made sure that the wall colors are vegan and harmless to health.

Of course, Harry is also totally in love with his little girl. Why else would he have given her the names of the most important women in his life? Lilibet, after his grandmother’s nickname, Queen Elizabeth (95). Diana, of course after his late, beloved mother Diana († 36). Thus two names full of meaning and love.

And it is precisely this choice of name that could lead to reconciliation between the couple and the royal family. Because Harry is sending a clear signal: The Sussexes are still part of the royal family. Brother especially reckon that Prince William (38) and father Charles. So there were finally warm words again between the three men at the birth. Hardly in the world, the little one is already on the road as a peacemaker.

The Queen is also aware of the great importance of this gesture. And she took up Harry’s offer of peace at once and invited him to lunch at Windsor Castle. The meeting is due to take place when he travels to England next month to unveil a memorial to his late mother. It would be the first time Harry had a face-to-face conversation with his grandmother since he and Meghan left the UK more than a year ago. Now the signs point to reconciliation …

Would you like to read more?
This and other exciting articles are available in,The new‘. Now at the kiosk!