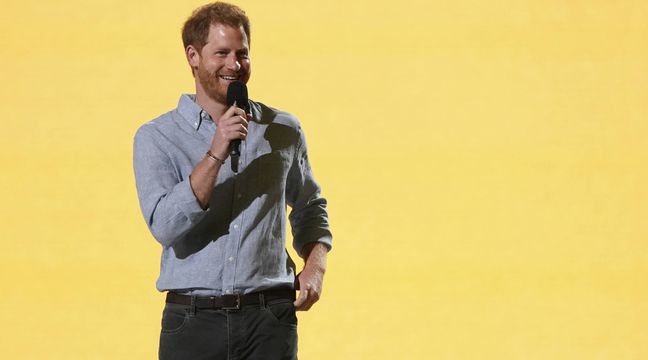 Attention, best-seller in sight. After the shocking interviews, here is the time of the “memories” for the
Prince Harry. From now on
retired with his wife Meghan Markle of the British royal family, the son of Lady Di and Prince Charles will publish at the end of 2022 memories retracing his “mistakes” and the “lessons he learned”, announced Monday the publishing house Penguin Random House.

“I have worn many hats over the years, literally and figuratively, and I hope that by telling my story – the ups and downs, the mistakes, the lessons learned – I can help show that whatever our origins, we have more in common than we think, ”said the prince, quoted in a statement from the large New York publishing house. “I am writing this not as the prince I have been since birth, but as the man I have become,” Prince Harry, 36, added.

After announcing they were leaving the British royal family, Harry and Meghan gave a shock interview to television host Oprah Winfrey in March this year, which had fueled tensions with his family.

Among other explosive revelations, Harry and Meghan reported that a member of the royal family, whom they did not name, had worried about the skin color that their son Archie would have, before his birth, his mother being mixed race.

Penguin Random House, for its part, promises “intimate and sincere memories” in which “Prince Harry will share, for the very first time, the definitive account of the experiences, adventures, losses and lessons of life which have helped to shape it”.

The memoirs, which will be published worldwide and the proceeds of which will go to charity, will cover “his life in the limelight, from childhood to today”, including his “military engagement which led him twice. on the front lines in Afghanistan, and his joys as a husband and father, ”according to Random House.

Last week, the Archewell Foundation, managed by Harry and Meghan Markle, announced that the latter would produce an animated series for Netflix to encourage young girls to emancipate themselves, inspired by female characters who have made history.