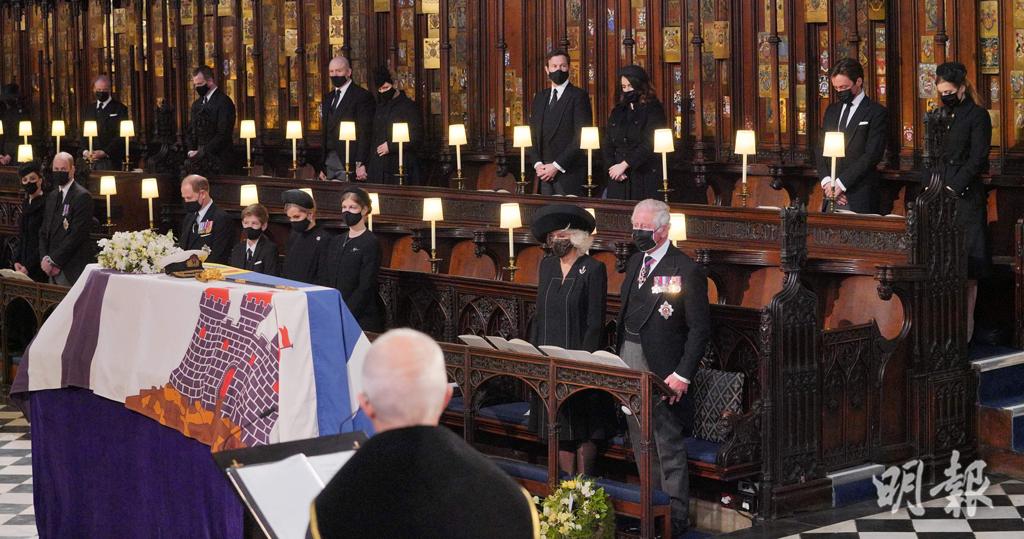 [22:45]Prince Philip’s coffin slowly descended to the Royal Vault in St. George’s Church, and the funeral was over.

[22:08]The funeral officially begins. Prince Philip’s coffin was placed in the center of the church. Participants sat down on both sides and kept social distance.

[22:03]One minute of silence across the country. Crown Prince Charles, Prince Andrew, Prince Edward, Princess Anne, Prince William and Prince Harry then entered St. George’s Church with their coffins and put on masks when they entered. The Queen of England had arrived at the church by private car earlier.

[21:55]The spirit transfer team arrived at St. George’s Church, and Prince Philip’s coffin was carried into the steps into the church.

[21:40]At the beginning of the spirit transfer ceremony, Prince Philip’s coffin was carried by 8 soldiers and sent to the car he participated in the designLand Rover Defender TD5 130, moved from Windsor Castle to St. George’s Church.

Related reports on the funeral of Prince Philip:

The British royal family announces the funeral arrangements for Prince Philip, William Harry will not walk side by side in the hearse

Prince Philip personally designed the hearse and exposed his favorite brand Land Rover. The army is painted in green with a military background

Related reports on the death of Prince Philip:

William Harry sent a message to mourn his grandfather William: Fortunately to have him as an example, Harry: Has been a solid pillar of the Queen

Prince Andrew: The death of Prince Philip left a huge emptiness for the Queen of England

Johnson did not attend the funeral to allow more family members to attend Charles: Dad is a very special person

Prince Philip insisted on dressing himself at the last time and refused to use a wheelchair, indicating that he did not want to die in the hospital