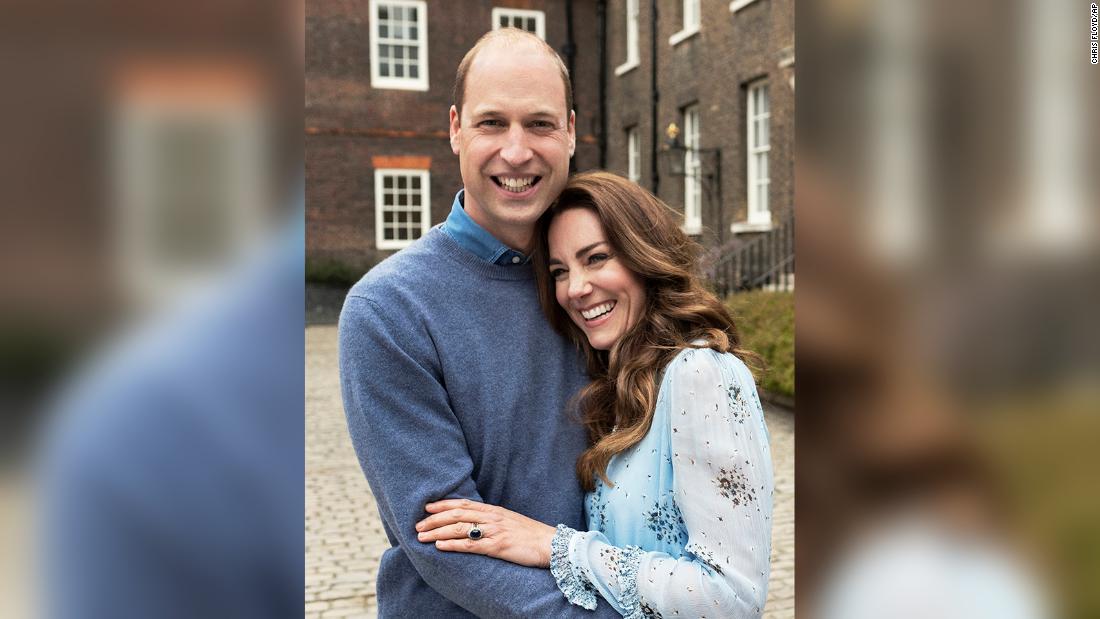 The couple, who married at Westminster Abbey on April 29, 2011, released the portraits on Wednesday ahead of their anniversary on Thursday.
The photographs were taken at Kensington Palace, in London, this week by the photographer Chris Floyd, who shared them on Instagram.

Floyd said he had recently visited Cambridge, eastern England, for the first time and that by “astonishing coincidence” on that same day he was asked to photograph the couple to commemorate their anniversary.

“It was a thrill to spend some time with them at Kensington Palace, especially as The Duchess is a rather keen photographer,” Floyd wrote on Instagram, wishing the couple a “happy anniversary.”

William and Catherine’s star-studded ceremony 10 years ago was attended by around 1,900 guests and watched by millions across the world.

Catherine wore an ivory and white satin bridal dress with lace sleeves made by British designer Sarah Burton at Alexander McQueen, while William wore the uniform of a colonel of the Irish Guards, with a scarlet jacket and blue sash.

The couple waved to an audience of thousands from the balcony of Buckingham Palace following the ceremony, while many more lined the streets in celebration of the marriage.

The couple first met as students at the University of St. Andrews in Scotland. Their status as a couple was made public in 2004 when they were photographed holidaying together in the Swiss ski resort of Klosters.

Earlier this month, the royal family gathered for a more sombre occasion as the nation, and well wishers around the world, mourned the death of William’s grandfather, Prince Philip.

The Duke of Edinburgh’s funeral was held in an intimate service at St. George’s Chapel, within the grounds of Windsor Castle, and was attended by 30 people including members of the royal family.

He died at the age of 99 on April 9 in Windsor Castle and had been married to the Queen for 73 years. He was the nation’s longest-serving consort.

See Also:  Culture, ahead of March?