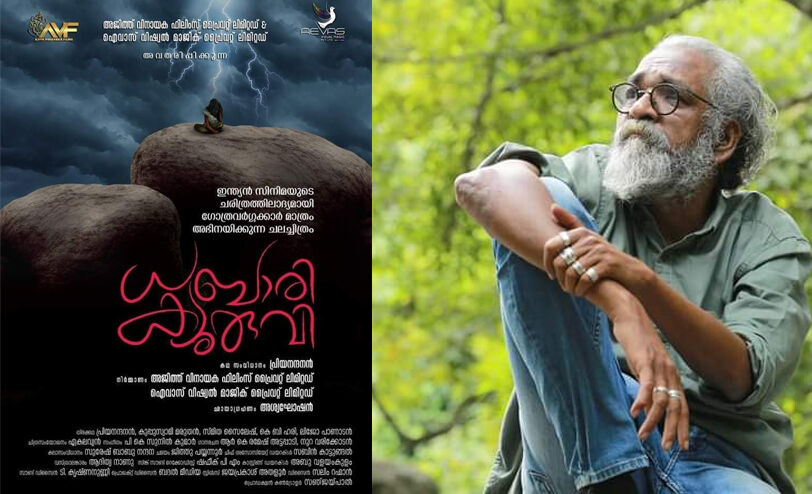 Director Priyanandan reacts to fake video insulting Dhabari Kuruvi’s songwriting. In a news release, he said that as a director, he has been fulfilling his mission of embracing man and the whole life of the earth through art for ages. Priyanandan said that all his films are only attempts to portray the different human life and its different cultures in the most honest way in cinema.

Dhabari Kuruvi, the new film I started shooting for, is aimed at uplifting the education of girls in the tribal community in the forefront of tribal culture. My film is also geared towards the cultural mission of surviving the dying tribal culture, tribal arts and tribal language. It is a reminder that the history and news of Priyanandanan’s films do not fall short of the kind of tactics that propagate in the name of my film the brainwashing of some cunning people who can not be included in the film for any reason. My films are rooted in honesty and humanity in the soil of art. The social media propaganda of a fake video is not so weak as to be convinced that there is no rooted art in Nehru. -Priyanandan said.

Ikanda has always worked as a film director for films that are entirely of artistic value. The goal of a work of art without hypocrisy and hypocrisy is what drives me forward in art.

I have only one thing to say to those who think that the sunlight of art can be obscured by the darkness of fake propaganda … All my art is the self-sacrifice of my blood and sweat .. My art is not rooted in the drizzle of propaganda .. My favorite movie companions who know my movies may never see the unrecognizable vision in my film I believe that there will be … I will stop by underlining once again that the brass of propaganda cannot destroy a good film. -He said in a news release.