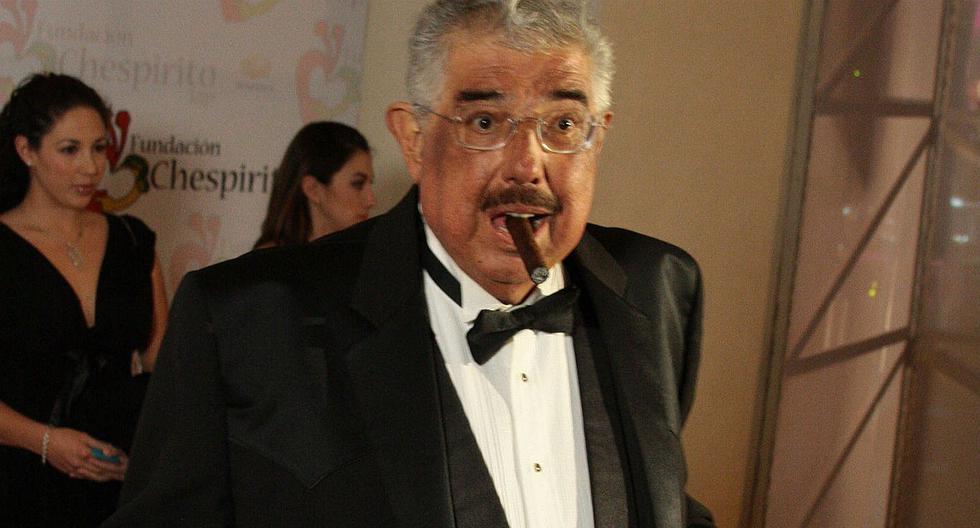 Just hearing it remains etched in the mind. Many will remember the popular phrase “Ta-ta-ta”, which expressed the professor Jirafales in the series “El Chavo del 8”, When someone made him deny, he would despair or when his students tried to tease him. That expression became popular and was immortalized by the great Mexican actor Rubén Aguirre. But what many may have wondered is what is the story behind that word? Where did it come from? What was it inspired by?

In the midst of the pandemic by the coronavirus that affects everyone, social media and the influencers They have become a main tool to reveal curiosities of different series or facts that were not known to date. Thus, among these anecdotal revelations appears the famous “Ta-ta-ta”.

While it is true, the actor Ruben Aguirre, who played the teacher ‘Giraffe‘-name that coincided with his great height- and that he felt attracted to’ doña Florinda ‘, he passed away a few years ago, he has left a very important legacy in the artistic world, because during his life he worked as a producer, comedian, screenwriter and Mexican director.

ORIGIN OF THE SENTENCE

As already mentioned, social networks have been playing an important role in showing or revealing fun facts O anecdotes that are not known. In that sense, through Tik Tok, recognized worldwide for the dissemination of short videos, a video – from years ago – was published where the actor revealed where his phrase came from. It should be noted that this published video is a fragment of an interview that was made to Ruben Aguirre when he was no longer participating in the series and decided to reveal the secret.

It turns out that the actor confessed that the phrase “Ta-ta-ta” It was expressed by one of his teachers at school, but he did it in a more slow and intoned way. Therefore, in memory of his teacher, he decided to adopt it but with a brief modification; that is, with greater strength and energy.

The actor Ruben Aguirre also participated in the program “El Chapulín Colorado”, but he started working on acting with a character called “Pipo”, who was nothing more than a clown who caught the attention of the missing person. Roberto Gómez Bolaños and did not hesitate to hire him for the series.

But the highest peak of his popularity came when he played the professor Jirafales that he had to educate a group of children at school who sometimes got him out of his mind.

The “El Chavo del 8” series was also characterized by the nicknames given to the characters as part of the humorous story. In the case of Ruben Aguirre, the children in the school gave him a series of nicknames that made the “teacher Jirafales” angry. Among them are, Ferrocarril Parado, Maestro Longaniza, the pole with legs, raw spaghetti, among others.