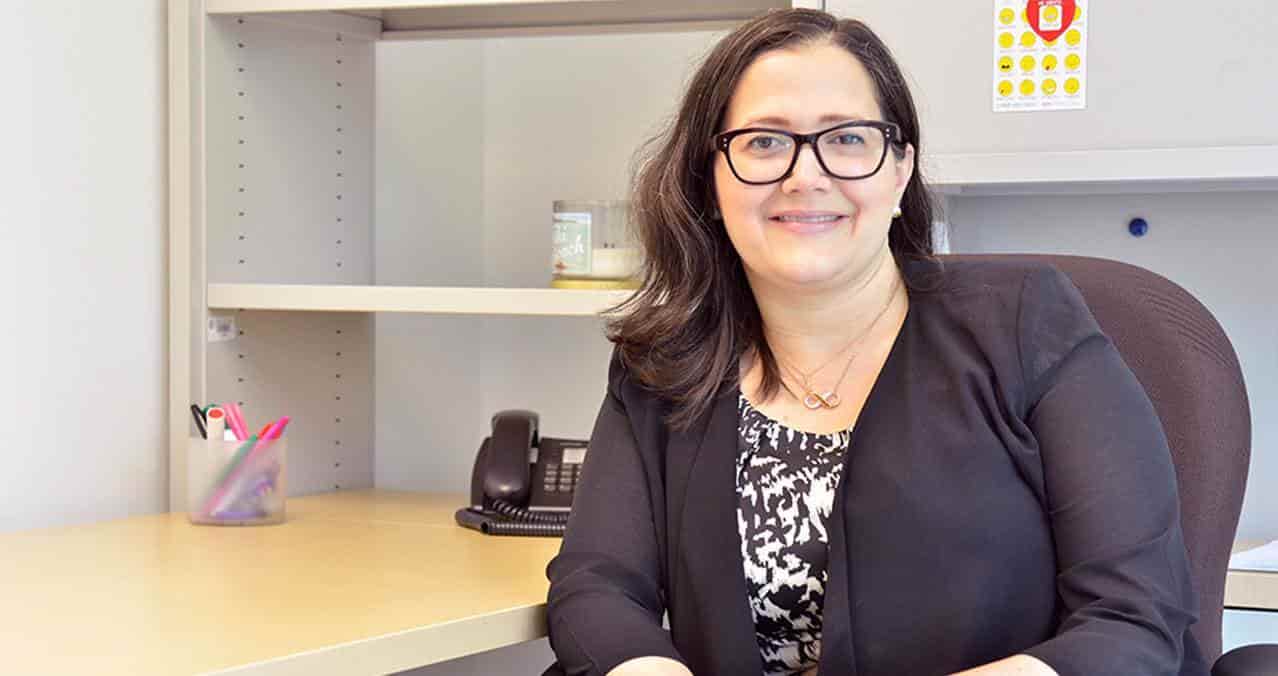 Dr. Karen Martínez González, Professor and Director of the RCM Department of Psychiatry, was appointed as President of the Association for Clinical and Translational Science (ACTS) for the period 2021-2022.

Dr. Karen Martínez González, professor and director of the RCM Department of Psychiatry.

The School of Medicine of the Medical Sciences Campus (RCM) from University of Puerto Rico (UPR), announced today that the Dr. Karen Martínez González, Professor and Director of the Department of Psychiatry of the RCM, was appointed as president of the Association for Clinical and Translational Science (ACTS) for the period 2021-2022.

The appointment was granted during the announcement of the new ACTS Board of Directors for the 2021-2022 period, which took place in recent days.

“I am pleased to lead a group of leaders who are representative of the breadth of our profession and the people within it. With the growing interest in clinical and translational science, our goal is to identify and assess new and emerging trends in research development in those that ACTS can contribute and have a positive impact, “said Dr. Martínez González.

The president of the University of Puerto RicoDr. Jorge Haddock praised the appointment and its implications for academia, as well as for research and science.

“The appointment of Dr. Karen Martínez González as the leader of a prestigious entity and whose work has a significant impact on scientific and research work fills us with pride. Her appointment enhances this institution that, for decades, has trained professionals who have outstanding nationally and internationally. I trust that his leadership in front of the organization will allow us to develop, from the UPR, new projects for the benefit of the university community and society. Congratulations! “, said Haddock.

The Association for Clinical and Translational Science (ACTS) is a national association that includes all universities in the United States that have clinical-translational research centers.

“For me it is a true honor to be able to represent the University of Puerto Rico and I hope to inspire many other students and faculty to join professional and educational associations of national and international relevance such as ACTS, “concluded Dr. Martínez.

According to him Dr. Humberto M. Guiot, Acting Dean of the School of Medicine of the RCM, “Dr. Karen G. Martínez’s career is characterized both by her contributions to clinical-translational science and by her leadership and commitment to academia. Her appointment to such a prestigious association demonstrates the excellence of our graduates and our faculty. We are convinced that during the presidency of Dr. Martínez González the ACTS will achieve all its goals. “

For his part, the executive director of ACTS, Kim Wiatr stated that “the Board of Directors of ACTS remains committed to contributing by optimizing science. They will also continue to increase the support of the Association in the financing of clinical and translational research, as well as their diversity and inclusion efforts. “