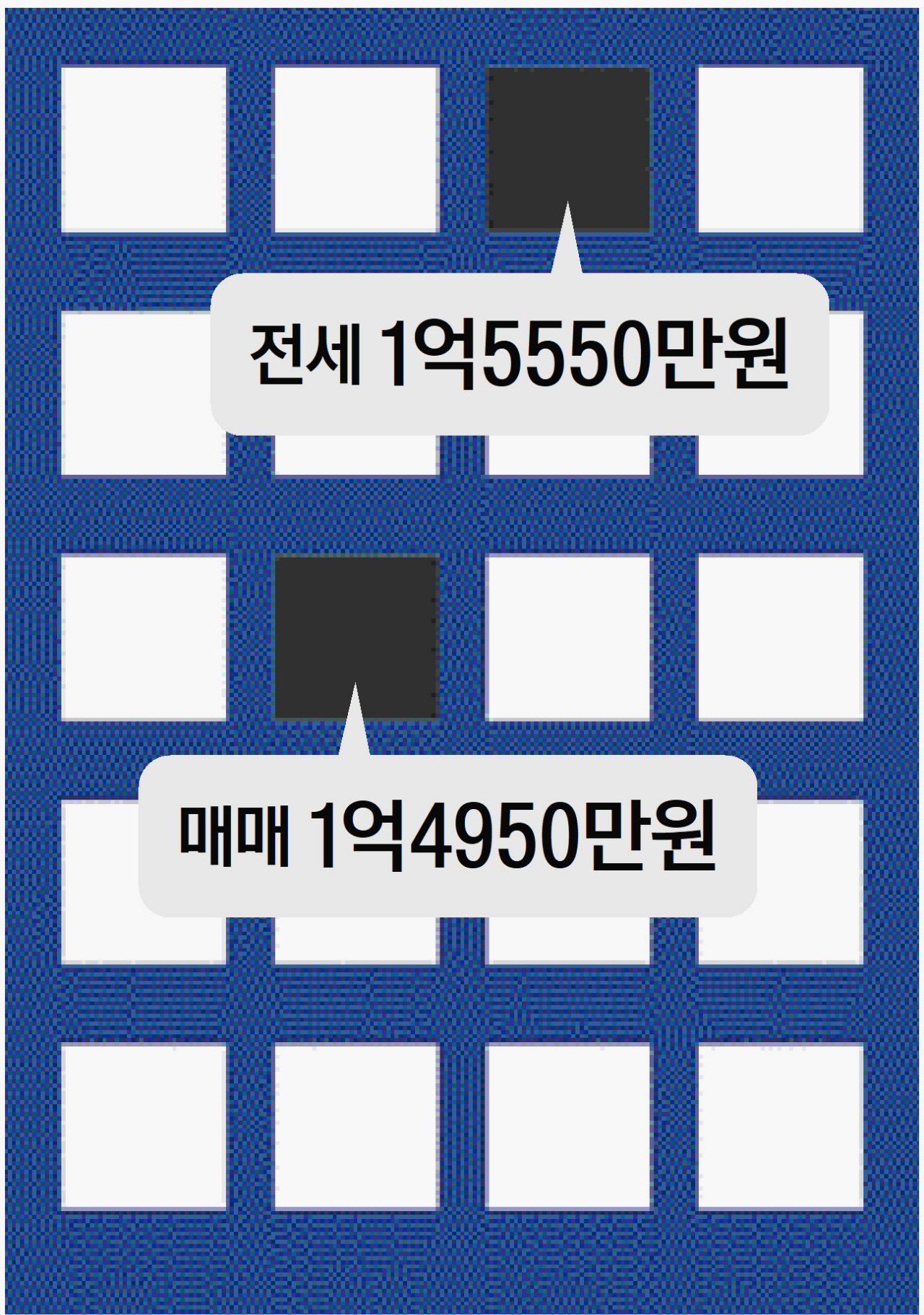 Gap investment of less than 300 million won, the risk increases
Increase in cases where guarantee insurance is not available

Expert “There is no big change in house prices in Seoul
It is difficult to see it as a national problem.”

Office worker A (36) made a global contract for a deposit of 200 million won in a new city apartment (79㎡) in Gyeongnam, 30 minutes away from work at the end of 2020. But just before his contract renewal, he learned that the floor just above his house had recently been sold for 210 million won. At the time Mr. A came in, the market price of the apartment was in the low 300 million won range.

Mr. A said, “I saw the news that house prices were continuing to fall, but I didn’t know that it would be my job.” He said, “I was planning to buy a contract renewal claim and continue to live, but in the current situation, I think I should ask for a lower Jeonse deposit rather than a 5% increase.” said

According to the real estate industry on the 3rd, a reverse taxation phenomenon (the phenomenon in which the Jeonse price is higher than the sale price) is occurring mainly in low-priced apartments in the provinces.

After the government’s measures to ease restrictions on multi-homeowners, properties are piling up, but house prices are falling as the number of buyers who ‘buy a house even if they are in debt’ decreases due to the successive interest rate hikes. On the other hand, the Jeonse market tends to reflect the four-year increase in the price in advance with one renewal in mind at the time of signing a new contract. In particular, there are concerns that ‘can-tong apartments’ may appear one after another in the case of Gap investment properties. However, it is difficult to see it as a nationwide problem yet, as some of the reverse taxation is still occurring mainly in low-priced apartments under 300 million won in the provinces.

According to data from real estate big data company Asil on that day, 80㎡ of apartment B in Gimhae, Gyeongnam was traded for 149.5 million won in May. About ten days ago, a house in the same dong (house C) was sold for 155 million won. On the upper and lower floors of the same building, the Jeonse price exceeded the sale price.

This phenomenon is mainly occurring in low-priced apartments in rural areas under 300 million won, where gap investment is mainly made. As house prices have fallen sharply, especially in rural areas, the number of cases in which the Jeonse price reverses the sale price is increasing.

Lee Eun-hyeong, senior researcher at the Korea Construction Policy Research Institute, said, “In order for reverse jeonse to become common, house prices in Seoul have to be basically halved as they did during the financial crisis. “He said. Park Won-gap, a senior real estate expert at KB Kookmin Bank, said, “It is difficult to say that the reverse taxation phenomenon has occurred in detail only from the current decline in house prices in some provinces.”

Carrier strike 2022 on Monday, July 4 in Lima and Callao: what is known, measures and last minute of the protests | National strike 2022 | ANSWERS

The new economic Nokia G11 Plus phone price and specifications