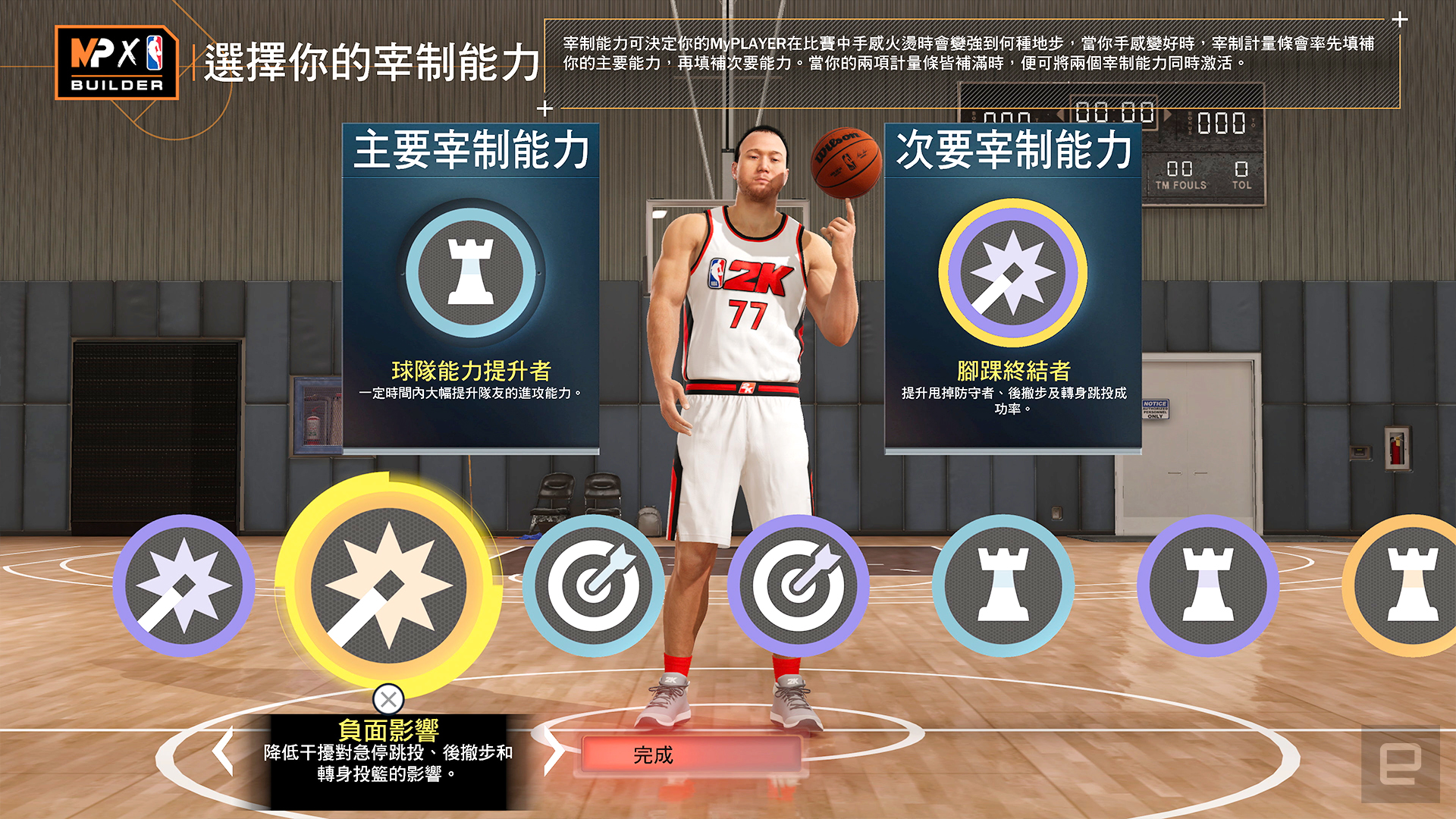 “NBA 2K22”, which debuted on September 10th, is the latest work in a sports series launched by 2K Sports with the theme of the American Professional Basketball League. The new episode will be divided into “Current Gen” (Current Gen) and “Next Gen” (Next Gen) versions. The former includes PC, Switch, PS4 and Xbox One versions, while the latter is exclusively for PS5 and Xbox Series X |S is set. The biggest difference among them is that the image quality of the latter has been improved. In the “My Career” mode, next-generation players can enter the “Basketball City” to explore and take on various tasks, while in the modern console version, Become a “sea court”; the game system and operation of the two versions are also slightly different. For example, the next-generation version can press the lower right joystick of the handle to launch a powerful “contact dunk” and so on. This article will use the PS5 version to introduce readers.

The theme of “My Career” is that players can create their own characters to participate in the NBA and work hard for their basketball career. Whether it is “Basketball City” or “Sea Court”, the character will interact with various NPC characters and take on different tasks. Upon completion, they will receive experience points and the gold coin “VC Coin” used to enhance the character’s abilities.

Create a character that represents yourself

Character creation is similar to a normal online game, but the game company also provides a special way: as long as the player downloads the mobile phone-specific “MyNBA 2K22” app, they can use the scanner in the program to turn their real appearance into the game. 3D module. In addition to styling, the player also needs to set the character’s ability value, and determine the skill orientation according to the ability value (called “badge” in the work). If the character’s ability value is very similar to that of some classic players, the final game will show that the player has successfully created a strong angle similar to a certain star.

As the character’s ability value options are extremely wide, and the number of points available for allocation is limited, even if the final character can reach the total evaluation ability value of “99” points, it does not mean that all parameters can go to the highest. Therefore, how the points should be allocated depends on the player’s own play style (for example, if you want to attack the ball, or the shooter, or the main player under the basket, etc.), more often it is through repeated attempts to find the target in your mind. Therefore, after creating a character, the most important part is the “test template”. Try to see if the character’s gameplay is the same as your own imagination.

Although the total abilities of a character can be pushed to the upper limit of “99” when creating a character, when actually entering the game, the initial ability of the character is only about 60 points on average, and the upper limit is set to only 85 points. With such a value, unless you are a master of operation who has rolled this series for many years, it is really not enough to fight against an NBA player who averages 75 points. If you want to increase the value of the character’s ability, the player must use the special currency VC Coin. VC Coin can be obtained by completing various tasks in the city or completing professional competitions; but if you want to reach the target limit quickly, the only way is to buy VC Coin with real money through online services. Note that once VC Coin is used, it will not be returned. Therefore, if the player creates a second character later and wants to improve his ability parameters, he will have to earn or buy more VC Coin again through the aforementioned methods.

Earn experience to increase the upper limit of ability

As mentioned above, even if the player can set the upper limit of the character to “99” when creating the character, the upper limit of the character will be reduced to only 85 points after the game actually starts. At this time, players must earn “My Point” experience points by completing tasks, professional games, street basketball games, etc., and thereby increase the character limit. To put it simply, even if you have a large amount of VC Coin and you have raised all the abilities of your character to the highest level at the beginning of the game, you still need to earn “My Point” experience through continuous play in order to train your character as the top NBA star. .

Enter college, participate in the G-League, or directly join the NBA?

Enhance your interest “My Brand” to attract sponsors

In addition to the ability parameters, the character will also have additional “My Brand” values ​​such as “fashion” and “music”. Whenever the game is completed or the designated task is completed, the value will gain a certain amount of experience and increase the level. These “personal interest”-style ability points are mainly used to obtain sponsors. When the value reaches a certain level, the character can sign with the sponsor, obtain additional appearance fees, and increase the VC Coin that can be earned.

Pay attention to the evaluation of teammates during the game

Even if you get a strong team in the NBA draft, it does not mean your career is going smoothly. As a rookie, unless your role ability has greatly exceeded the overall average of the entire team, you will spend more time in the reserve than playing time. At this time, the coach will make a request. Players must achieve multiple “B”-level teammate evaluations in the game to become a starting player.