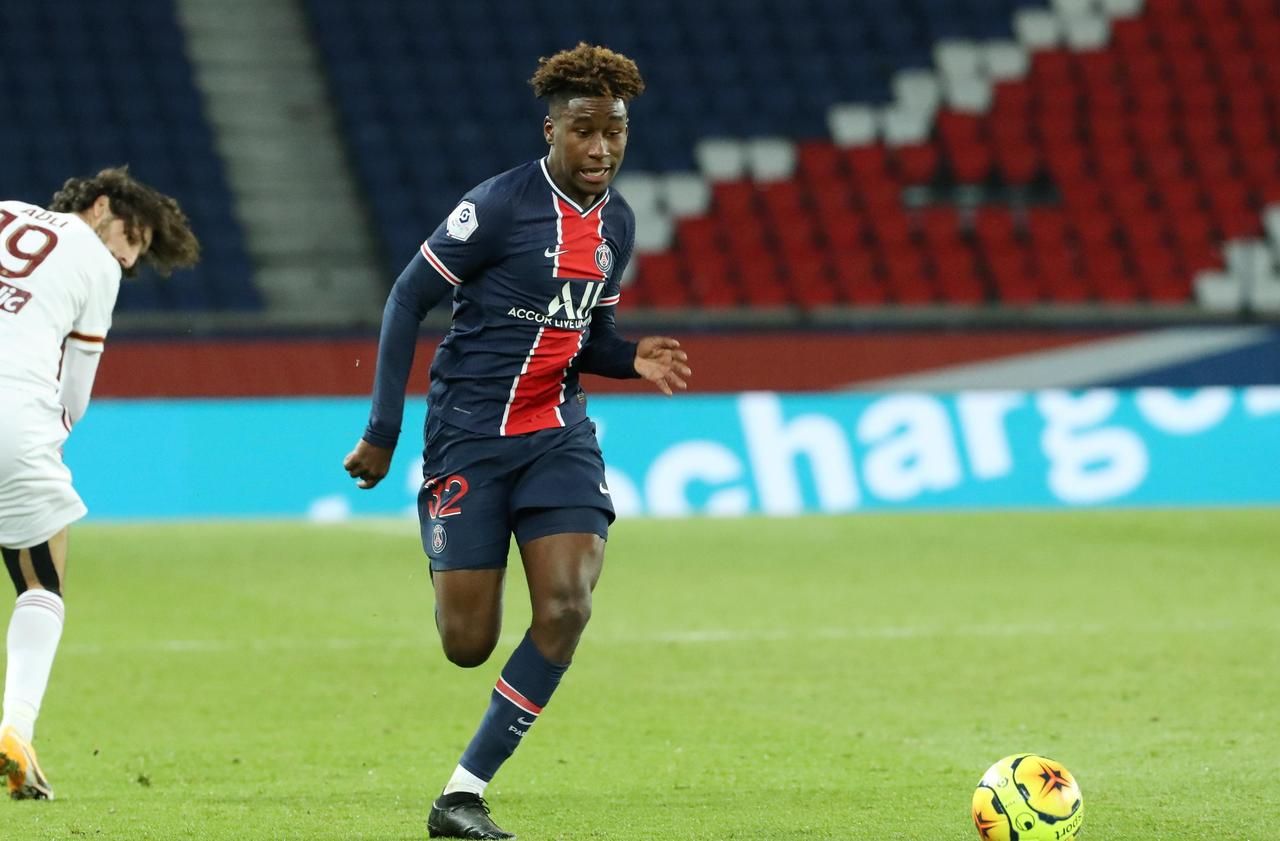 How many thoughts and images have passed through Timothée Pembélé’s head as he entered the lawn of the Parc des Princes for the first tenure of his career? The boy born in Beaumont-sur-Oise (Val-d’Oise), 18 years ago, could he have imagined that this one would intervene on the occasion of an evening marked in preamble by a vibrant tribute to Diego Maradona? Certainly not. But there.

In this busy period, PSG lacks valid central defenders. The suspension of Diallo, the package of Marquinhos, finally led Thomas Tuchel to trust him and associate him with Presnel Kimpembe. “We lack a few defenders,” said the German coach on Canal + before the match. This is the opportunity for him. He is a fast player, he is used to playing on the side but he has the physique and the quality (Editor’s note: to play in the axis). With Kimpembe by his side, I hope it will be a good start. “

Ten minutes after the kick-off, the evening of Pembélé unfortunately took the opposite direction. On a Bordeaux corner, he lost his head duel with Maja and himself sent the ball into his own net. Hard.

But despite his young age, he was going to overcome this mishap. Of course, he remained cautious, even being scolded by Paredes for passing too far behind (23rd). But we have also seen him carry out with authority several decisive interventions. In the middle of the field, but especially in its surface to repel with a beautiful reflex a ball that Basic was going to take (36th). At the end of the game, he even tried to bring offensively.

Since the Kimpembe-Kouassi duo, aligned in central defense against Montpellier on February 1, Paris had not known a central axis resulting from its training. Director of the PSG training center from 2017 to 2018, Luis Fernandez knew “the little Pembélé” well. “He needs to play, to show his qualities,” he explains. He can play on the side or in central defense. In under 16 with Laurent Huard it was the pair of central defenders with… Kouassi. “

As a nice coincidence, Tanguy Kouassi on Saturday experienced his very first minutes of play with Bayern Munich. Obviously, the question of an extension of Pembélé’s contract, which signed at the end of 2017 until June 2021, arises. Last February, a few days after his participation in his first session with the pro group, he told us that his goal was “to stay as long as possible at PSG, try to follow Kimpembe and impose myself in this club. Even if it means lending me like Rabiot did, for example. This Saturday in November, he took one more step towards his dream.