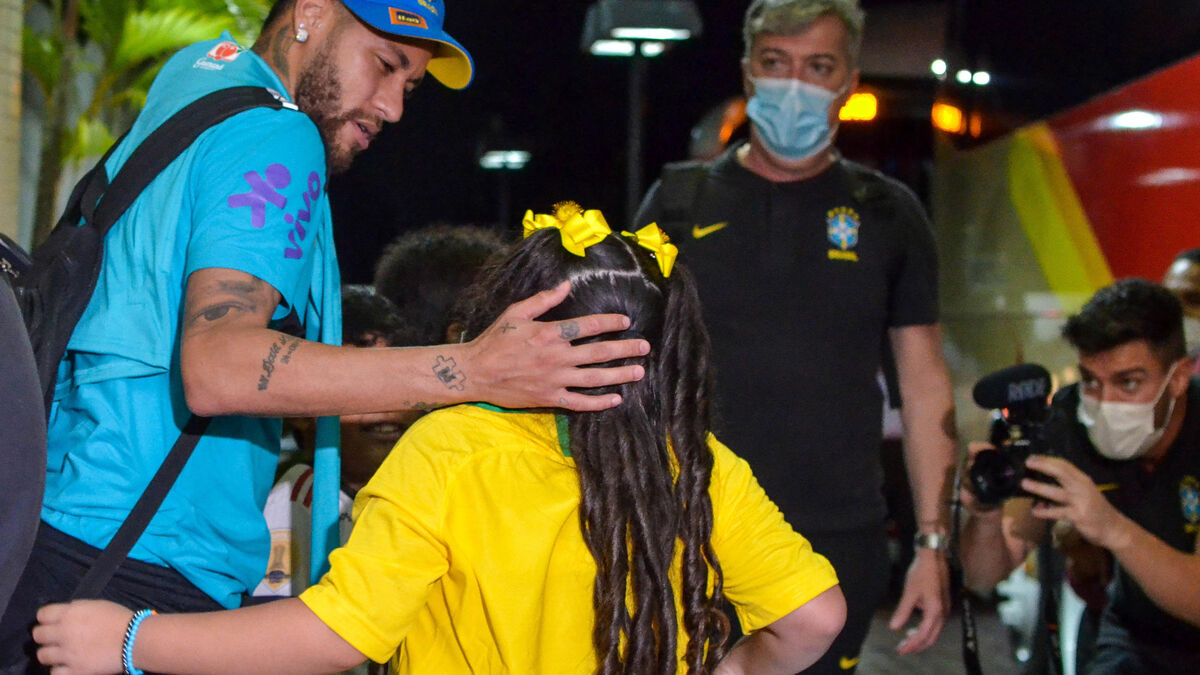 Since leaving France after a completely failed performance in Rennes where PSG lost 2-0, to join the Brazilian selection, Neymar has not been spared by criticism. Suspended for the first of three matches for the Brazilian selection in the qualifiers at the 2022 World Cup, in Venezuela (3-1 victory for the Seleção), the striker first struggled from a sporting point of view during the match in Colombia ( 0-0), Sunday.

Despite this first draw after nine successes, Tite, the Brazilian coach, defended his player. “Neymar was good as a team leader,” he said. Maybe he’s expected to do great things all the time and make a difference all the time. He’s an exceptional player because he produces exceptional moments, but not all the time. He’s a different player, we know that. But today (Sunday), he was very well marked, sometimes with two players on him ”.

However, it was not the level displayed by the Brazilian star that caused the most debate, but his attitude just after the final whistle. While the commentator of the TV channel Globo underlined that Neymar was the only player to have returned to the locker room “without respecting the fair play protocol” where Brazilians and Colombians greet each other, an “idiot” launched on the set by the famous journalist Galvao Bueno, who forgot to mute his microphone, was heard.

“I would slam his mouth”

Social networks quickly relayed the sequence. Neymar’s sister, Rafaella Santos, a model followed by 5.5 million people, did not let Galvao Bueno’s insult pass: “A certain gentleman whom I have already mentioned in my storys, at the time of the retransmission, called my brother an idiot, she reacted. Is it him or you? Rafaella Santos had already been moved on Instagram by the treatment of her brother on the pitch. “It’s a good thing that I don’t play football. Otherwise I’d grab one by the hair, and slam its mouth. I don’t know, I would get a red, yellow, green, blue card, whatever… I don’t have the patience that my brother has. “

Neymar Senior also defended his son who had also been criticized for posing, without a mask, alongside a small Colombian supporter in tears in front of his idol.

“Masked, pampered, spurious and now an idiot,” he wrote. We don’t mind the first three adjectives, silence has always been, perhaps, the best answer. “After lamenting that we come to reproach the PSG player for having offered” an eternal photo in a fleeting life “to one of his fans, he was therefore offended by the insult heard on TV Globo. ” Idiot ? No ! He wrote on Instagram. “He’s the hero,” he adds. A hero without lies, who faces his story head-on, without trying to take cowardly shortcuts, without being a traitor. Let’s go, son… I’m too proud of you! I am a father, a fan and all that I can be for you. »Neymar replied« I love you ».

Beyond his family, Neymar can also count, in these turbulent times, on the support shown by Thiago Silva, the captain of the Brazilian selection and former teammate at PSG. “If you need someone strong by your side, know that I will always be there.” The Silva family love you, ”Silva wrote on Tuesday in an Instagram story.

It must be said that Neymar also faces other comments not always very favorable since Sunday and his interview with DAZN, where he said that it would undoubtedly be in Qatar his “last World Cup”. “I see her as my last, because I do not know if I would have the mental strength to continue in football,” he also said, revealing a hitherto unseen aspect of his personality.

These statements were particularly the subject of strong criticism from Jérôme Rothen. In his program “Rothen ignites” on RMC, the former Parisian thus considered that it was a “terrible declaration for the PSG”. “It lacks spirit, enthusiasm,” added Rothen. When we read between the lines, the PSG, it does not care. There is the love he has for Brazil, to try to win a World Cup. His last chance will be in Qatar a year from now. But I want to remind him of his homework. When you are a player in this category, that you have been the emblematic figure of a club for more than four years, that you have extended for five years (until June 2025) and that you have decided to give the end of your career to PSG, you cannot declare that. “

With all this, it is an understatement to say that the performance of Neymar against Uruguay (Friday at 2:30 am, French time) which will make him miss the reception of Angers, will be expected. Mauricio Pochettino, he only has to hope that his Brazilian, central element of his attack alongside Messi and Mbappé, returns in good shape for next week marked by the arrival of Leipzig, Tuesday, in the League of champions and a trip… to Marseille the following Sunday.