study
Work psychologists explain: That helps against the Monday blues

Are we really in a worse mood on Mondays than on other days of the week? And what helps to get the week off to a positive start? Occupational psychologists from Leipzig have examined it.

Monday morning. The alarm clock is ringing. The work calls. Anyone who has problems getting started at the start of the week and motivating themselves for the job has the popular Monday blues. According to a study by the University of Leipzig, the discomfort on Monday is no worse than on other days of the week.

A team led by industrial psychologist Oliver Weigelt found out that wellbeing on Monday is no less than on Tuesday, Wednesday or Thursday. So why not Tuesday or Thursday blues? The perceived disadvantage of Monday is that it follows the high of the weekend: “The contrast between Sunday and Monday may mean that the first day of the working week is perceived as the worst day of the week,” says researcher Weigelt.

For the study published in the “Journal of Organizational Behavior”, the researchers had 87 people keep a diary of their working week and the weekends before and after. Three times a day they had to state how vital or exhausted they felt. In addition, they were asked every morning how well they had slept and what they expected of the upcoming work day – and in the evening how exhausting the day had been.

Accordingly, Monday is objectively no nastier than other days of the week, but neither were the researchers able to observe the counterpart to the Monday blues – the attrition over the course of the week: “Contrary to expectations, we found no evidence that exhaustion increases over the course of a working week,” says Weigelt . Rather, vitality and exhaustion developed independently of the professional exertion that the test subjects had to exert.

You should urgently avoid these seven mistakes when working from home 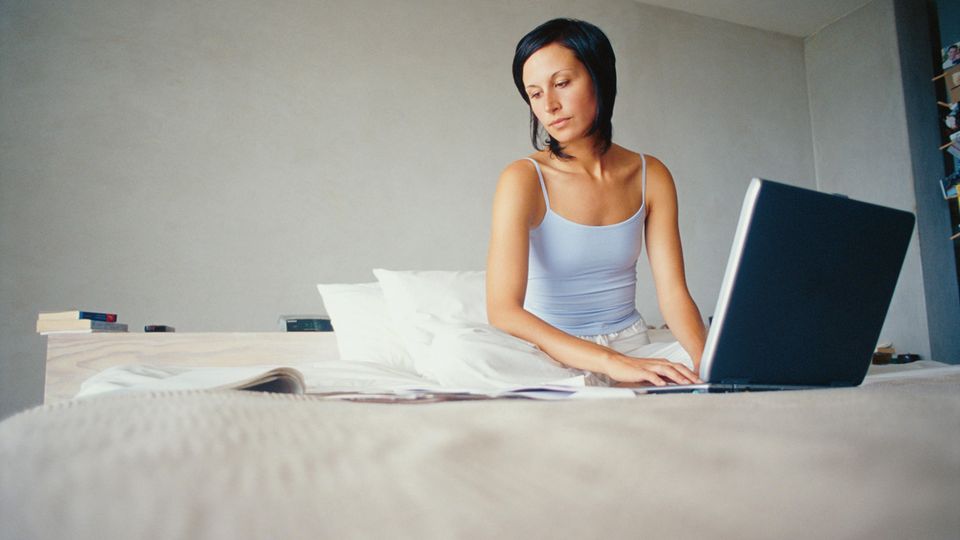 Big mistake with home office days: Working directly in bed. Sure, that’s cozy. But you should shower and get dressed – just like on a normal working day. Otherwise the way is unfortunately very short to …

Take the weekend swing with you

In fact, the energy level actually rose towards the end of the working week, which can be explained by the anticipation for the weekend. The data showed a jump from Thursday to Friday, what the authors call the “Thank God it’s Friday effect”. Over the course of the weekend, well-being increases continuously – especially for people who relax and sleep a lot – only to drop back to the work week level on Monday.

According to the study authors, two things above all help to prevent the perceived Monday blues: On the one hand, a positive attitude towards the challenges and tasks of the upcoming work week ensures that the momentum of the weekend can be carried into the new week. On the other hand, good sleep helps in the night from Sunday to Monday, because many people gamble away their weekend relaxation again if the daily rhythm is not changed from the weekend to the work week. If you want to prevent the Monday blues, you have to take countermeasures on Sunday evening.

Those: University of Leipzig