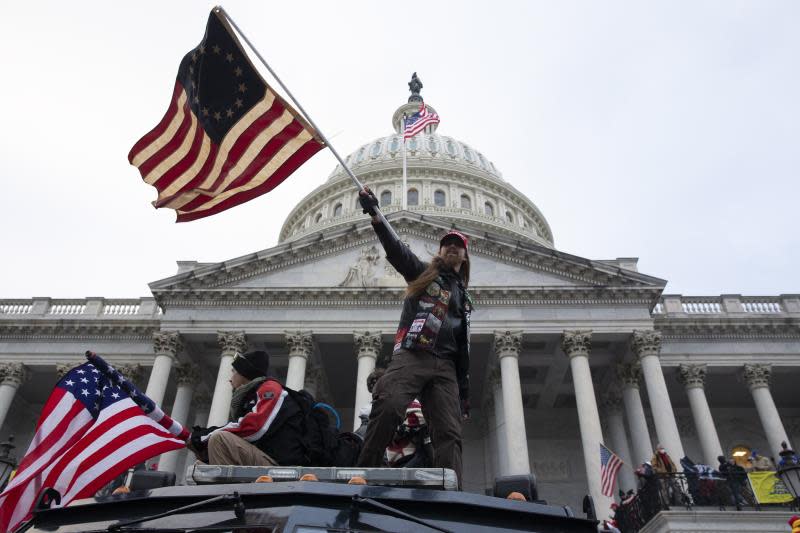 Opinion: The Republican Party is immersed in a bizarre negative spiral

Here’s what we know about American politics: The Republican Party is trapped, perhaps irreversibly, in a bizarre negative spiral. If Trump’s uprising on Capitol Hill did not restore sanity to the party – and it did not – nothing will. What is not yet clear is who, exactly, will end up facing doom. Will the Republican Party be a major political force? Or will it be the United States as we know it? Unfortunately, we do not know the answer. It depends a lot on how successful the Republicans are in suppressing votes. On the bizarre: Even I had some hope left that the Republican ruling class might try to end Trumpism. But those hopes died this week. On Tuesday, Mitch McConnell, the Senate minority leader, who has said that Donald Trump’s role in inciting insurrection led to impeachment, voted in favor of a measure that aims to declare the trial unconstitutional. Trump because he is no longer in office (most scholars of the Constitution disagree). On Thursday, Kevin McCarthy, the House Minority Leader – who still does not acknowledge that Joe Biden legitimately won the presidency, but did declare that Trump “is responsible” for the attack on Congress – visited Mar-a- Lake, apparently to make amends for his mistake. In other words, the national leadership of the Republican Party, after briefly flirting with common sense, has indulged in the fantasies of extremists. Cowardice rules. And the extremists are consolidating their dominance at the state level. The Arizona state party censured the Republican governor for the sin of trying to contain the coronavirus late. The Texas Republican Party adopted the slogan “We are the storm,” which is associated with QAnon, although the party denies any intention of establishing a link. Oregon Republicans support the baseless claim, contradicted by the rioters themselves, that the attack on the Capitol was a false flag operation by the left. How did this happen to Dwight Eisenhower’s party? Political scientists argue that traditional forces of restraint have been weakened by factors such as the nationalization of politics and the rise of partisan media, particularly Fox News. This has opened the door to a self-reinforcing process of extremism (something that, by the way, I have seen occur to a lesser extent in some academic settings). As hardliners gain power within a group, they drive out moderates, then what remains of the group is even more extreme, which drives even more moderates out of the group, and so on. One party begins by complaining that taxes are too high; After a while, he begins to claim that climate change is a gigantic hoax and ends up believing that all Democrats are satanic pedophiles. This process of radicalization began long before Donald Trump; dates back at least to Newt Gingrich’s takeover of Congress in 1994. Nonetheless, Trump’s reign of corruption and lies, followed by his refusal to accept defeat and his attempt to overturn the results of the elections, brought him to a head. And the cowardice of the Republican ruling class has finally reinforced it. One of America’s two major political parties has separated itself from fact, logic, and democracy, and will not back down. What will happen now? One might think that a party that is going morally and intellectually would also find itself in a political mess. And that is what has happened in some states. Those fanciful Oregon Republicans, who have been out of power since 2013, appear to be following the path of their California colleagues, a once powerful party reduced to powerlessness in the face of a Democratic supermajority. But it is far from clear that this will happen at the national level. True, as Republicans have become more extreme, they have lost broad support; the Republican Party has only won the popular vote for the presidency once since 1988, and the 2004 victory was an outlier influenced by the long-lasting effects of the patriotism emanating from 9/11. However, due to the unrepresentative nature of our electoral system, Republicans can achieve power even if they lose the popular vote. The majority of the electorate rejected Trump in 2016, but he became president anyway and came fairly close to succeeding in 2020 despite a deficit of seven million votes. The Senate is evenly divided despite the fact that Democratic members represent 41 million more people than Republicans. Furthermore, the Republican response to electoral defeat is not to change policies to convince voters, but to try to rig the next election. It has long been known that black voters are systematically suppressed in Georgia; it took an extraordinary organizing effort by Democrats, led by Stacey Abrams, to defeat that suppression and win electoral votes and state Senate seats. So the Republicans who control the state are intensifying the disenfranchisement, proposing new identification requirements for voters and other measures to limit the vote. The bottom line is that we don’t know if this is anything more than a temporary improvement. The plans of the president who tried to retain power despite having lost the elections failed. However, a party that swallows bizarre conspiracy theories and denies the legitimacy of its opposition is not getting any saner, and still has a good chance of seizing full power within four years. This article originally appeared in The New York Times. © 2021 The New York Times Company