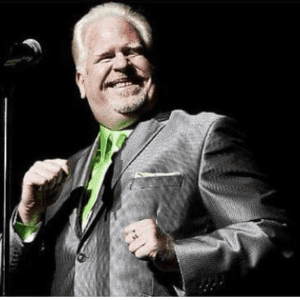 Omara Portuondo celebrates her 90 years with a virtual concert

The interpreter of songs such as “Her wedding”, “El toro”, “El caimán” or “Ámame in slow motion” was complicated after a lung transplant that he underwent recently, due to health problems he suffered in 2018 due to pulmonary fibrosis, a condition that frequently affects albino people like the artist.

His wife, Yamira Arce, confirmed the unfortunate news through his social networks, where he expressed “my heart is broken, I have no consolation.”

We were the ‘Owner of the soneo’ Carlos Enrique Estremera Colón, better known as ‘Cano Estremera’, we are going to miss you a lot of strength for his family, friends, followers and our Puerto Rican brothers. pic.twitter.com/4cXL2L9X89


The singer died around 02:00 (local time) in the afternoon in a hospital in the capital where it was revealed that the salsa singer had developed a strong fever in previous days.

The Puerto Rican, born on September 2, 1958 in Santurce, San Juan, began his artistic career in the Latin Quarter Group, then joined Los Pleneros del Quinto Olivo and later the Mulenze Orchestra with which he recorded hits such as “Mala language”.

In 1978 he became the main vocalist in the orchestra led by maestro Bobby Valentín, which led him to become one of the main exponents of Puerto Rican salsa with popular hits such as “La boda de ella”.

See Also:  can there be a fourth movie?

El Cano, as he was also known, founded his own group at the end of 1984, later in 1986 he won the Paoli award as “Salsa Singer of the Year”, and in 1988 with “Salvaje” he debuted as a producer of his own albums, to launch a year later “Dueño del Soneo” that a new stage of recordings in his musical career.

So Puerto Rico and the world regret the departure of Cano Estremera, who will transcend as one of the great stars of salsa.