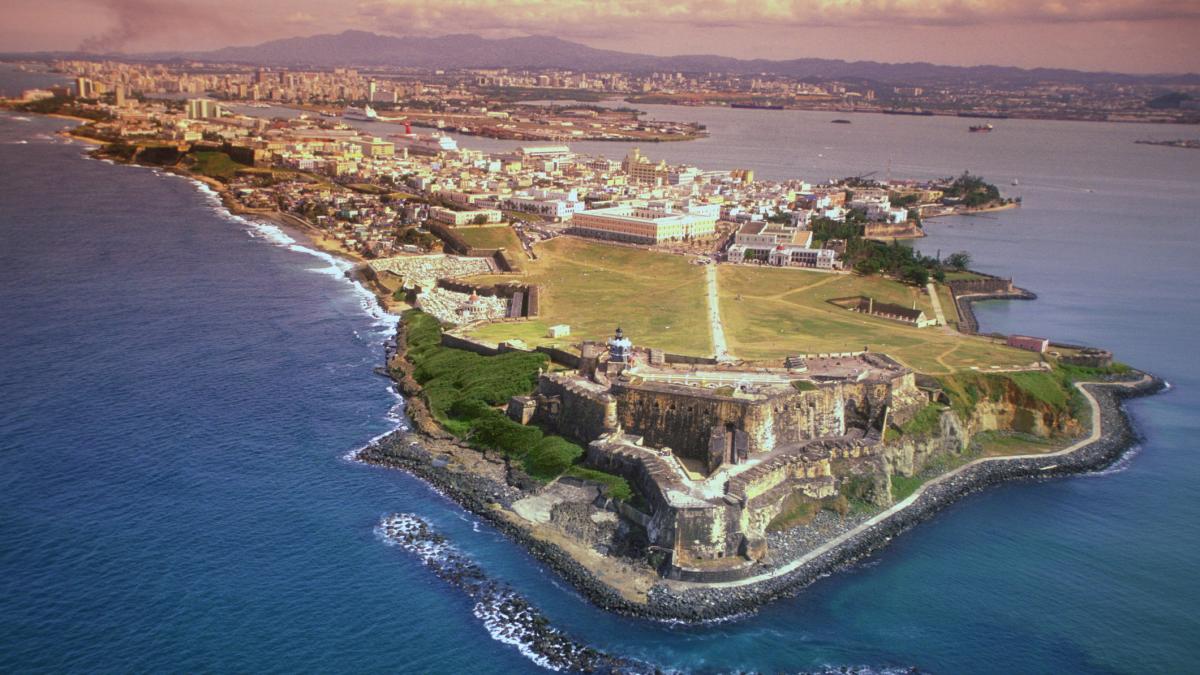 SAre you reading this on a gray, cold, wet winter day? Good, then change of scene. We take you to an evergreen Antilles island between the Atlantic and the Caribbean Sea. Puerto Rico’s shimmering bays sparkle like a liquid firmament, fueled by a universe of tiny aquatic beings. There are said to be only a handful of these delicate, fluorescent ecosystems in the world, three of them here, on present-day US territory. And the sparkle is just one facet – so go for it.

It is dawning over Fajardo on the north-east tip of the island as the kayak column casts off from the sandy beach and gently splashes into the gloomy mangrove forest. “Always nice one after the other,” sounds tour guide Noel Cruz cheerfully from far, far ahead. Such a paddling pro has good reputation. The two kilometer long canal to the Laguna Grande is narrow and curvy.

In the strong current, the red plastic boats rumble merrily and get caught in the jungle of thick bank roots. Shrillly cursing, a white heron flies up as the caravan finally turns out of the dense tunnel of leaves into the large lagoon. The first stars flicker palely.

Even in the dark water, green-blue galaxies flash when you dip your hands in and stir up the microscopic flagellates: billions of them live in this well-protected bay.

Dinoflagellates smolder like sea fireflies. When mechanically stimulated, they emit a wondrous biological neon light. The intensity, Noel explains to his devout protégés, depends on the temperature and nutrients. Mosquito Bay on the small side island of Vieques is even considered the brightest bioluminescent bay in the world. Every stroke of the paddle should stir up submarine fireworks and the stern wave of the kayak should shine like a comet’s tail.

Isla del Encanto, Island of Enchantment, is what Spanish-speaking locals proudly call their home. And there really seems to be a natural magic on this island with its luminous lagoons, fairytale beaches and the ancient giant trees in the El Yunque rainforest. Dwarf frogs as small as a thumbnail live in the rainforest.

The end of the native peoples of Puerto Rico

The concentrated charm of the island is also its undoing. Puerto Rico is rightly called “rich port”. Conquistador Juan Ponce de Léon and his boss Christopher Columbus confiscated the rectangular island in 1493 for the Castilian crown.

Beset by warlike Carib tribes, the local Taínos hoped for reinforcements and welcomed the strangers with open arms. But forced labor and imported diseases only accelerated their downfall.

In the archaeological open-air museum Centro Ceremonial Indígena their shaggy straw huts are replicated. Loan words like hurricane, canoe, and corn survived from the native people. From then on, the colonial rulers, unperturbed, imported fresh workers from West Africa for their flourishing plantations – tobacco, coffee and sugar cane. Valuable rum was soon being produced from its residual product, molasses.

Today, the Bacardí family operates the world’s largest distillery here, with tasting tours for tourists. However, the local favorite remains Don Q rum from the Serrallés distillery on the south coast in Ponce.

Spain lost the Caribbean island to the United States

Trading post, military base and trophy – the Spaniards protected their treasure island with mighty stone forts like the one begun in 1539 San Felipe del Morro Castle. Over the next 250 years, the fort grew to six floors with meter-thick walls, round sentry boxes, a lighthouse and a tangled labyrinth of tunnels, casemates and barracks.

Now neatly folded uniforms are lying here again on the wooden bunks. Children fly colorful kites on the windswept castle meadows. Today the citadel is a UNESCO World Heritage Site and a national monument carefully restored with US dollars. While El Morro was still impregnable for privateers like Sir Francis Drake, the medieval walls didn’t stand a chance against the modern weapons of the American Navy. As the losers of the war, the Spaniards had to give up their pearl in the Caribbean in 1899. Since then, Puerto Rico has been a US foreign territory.

“World’s oldest colony” is more appropriate, says Margarita Pastor quietly. In 2013, with her husband Eddie, she opened the sunny yellow “Casa Sol” as the first bed & breakfast in the historic part of the capital San Juan.

Thanks to American subsidies, the relatively wealthy Puerto Rico is a safe travel destination with good infrastructure in an often unstable region. Nevertheless, the people here are poorer than on the mainland. Without national voting rights, many Puerto Ricans feel like second-class U.S. citizens, especially when faced with a lack of assistance during natural disasters like 2017’s Hurricane Maria.

“We finally want to decide for ourselves,” says Margarita. The majority voted against the status quo in the referendum. However, neither the island nor the US government agree on whether the territory should be autonomous or a full 51st state.

San Juan is the oldest city in the United States

The facades of the two-story colonial-style townhouses are painted cheerful candy colors, with white frames around the windows and cast-iron street lamps next to the doors. Red blooming bougainvilleas twine from the narrow wooden balconies. Even the bumpy cobblestones made of iron slag shimmer a deep blue.

Founded in 1521, San Juan is the oldest city in the United States. Almost every weekend there is a party somewhere on the lively island – a carnival parade in Ponce, a pineapple festival in La Parguera, the masked parade for the patron saint Santiago Apóstol in Loíza.

The celebrations to mark the 500th birthday of the capital were limited due to the corona pandemic. There were free guided tours past sites steeped in history, doves carried prayers of thanksgiving skyward at the Baroque Christ Chapel, and street musicians played guitar on the steps of the medieval Catedral de San Juan.

But the heart of the city beats on the many lively squares such as the Plaza de Armas with the town hall, a marble fountain, street cafes and many restaurants. Almost all serve the secret national dish mofongo – even a pizzeria like „Barí“ has the food on offer. Here guests are allowed to pound the fried green plantains themselves in a coarse wooden mortar. It is refined with mayoketchup, the island’s own creation made from the most popular American sauces plus garlic.

There is of course a piña colada made from coconut milk, cream, pineapple juice and rum. The hotel has been arguing for over 50 years „Caribbean Hilton“ with the restaurant „Barrachina“, at whose bar the cult cocktail was now invented. It’s best to try both.

At weekends, live music spills from bars and clubs onto the streets. During the day a decent marketplace with inconspicuous fruit and vegetable stalls, La Placita de Santurce transforms into a hip open-air disco at night. Music clubs drag their barrel drums onto the Plaza de Armas. Both are called Bomb – the bulbous percussion instruments and the Afro-Caribbean style of music born on the slave plantations of Loíza.

Dancers direct the drums with swinging rock moves, as demonstrated by Maribella Burgos from the local dance group. Out Bomb developed full, folkloric dance music with lyrics like “daily newspapers sung.” Mixed with a good dash of jazz from the US East Coast, old folk music became hot salsa rhythms.

Reggaetón is the latest fusion of tradition, hip-hop and reggae, inspired by the Nuyoricans, the Puerto Rican diaspora living around New York. The international summer hit Despacito by Luis Fonsi, who in the video dances with Daddy Yankee between the colorful cement houses of San Juan’s La Perla district, is a musical declaration of love for the island and its multifaceted culture.

Holiday destination: Puerto Rico is a US territory in the Caribbean. 3.2 million people live on the smallest island in the Greater Antilles. National languages ​​are Spanish and English.

Climate and travel time: The climate in Puerto Rico is warm, humid and tropical. The main travel season is from December to March.

Entry and Corona situation: Current information can be found on the Federal Foreign Office website.

Accomodation: In the greater San Juan area, American chain hotels – often with casinos – line the north coast between the airport and the old town in many price ranges. In Old San Juan, some historic colonial buildings have been converted into hostels. Extensive luxury resorts are mostly outside of the metropolis. The local tourist board also runs an island-wide List of Paradores, smaller inns in the family business.

Nadal’s epic victory to get into the Australian Open final